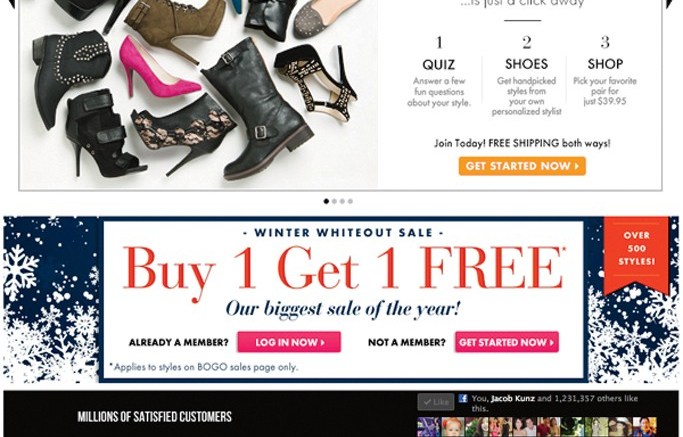 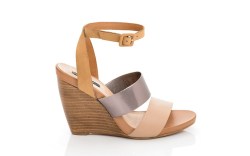 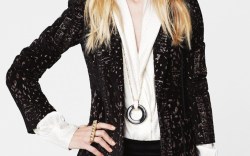 NEW YORK — Membership sites are resonating with fashion consumers, and footwear is proving to be a favorite category of the burgeoning channel.

Websites such as Shoedazzle.com, Justfab.com and Shoemint.com, which offer branded looks for less than $100, are experiencing an uptick in both members and sales, due to more on-trend styles, celebrity star power and digital innovation.

Membership at ShoeDazzle, which launched in 2009 with Kim Kardashian as its co-founder, now has more than 17 million members. In 2012, sales increased 80 percent over the previous year.

“We forecast strong growth again this year,” said the site’s COO, Geraldine Martin-Coppola. “We relaunched the website in January with the goal of increasing engagement by adding some new features. We focused on simplifying the shopping experience to make it easy, fun and personal.”

Some of ShoeDazzle’s other recent moves include creating a VIP program that offers members additional discounts and access to exclusive sales. Also, the company, which last year eliminated its membership fee, added a “Daily Fix” feature showcasing new product at a special price and recently signed celebrity style guru Rachel Zoe as its chief fashion stylist.

“ShoeDazzle is great for women who love fashion and want to experiment, and I love that,” said Zoe. “I want to encourage women to take risks and have fun with fashion.”

The stylist-turned-designer also noted that the site benefits from its moderate price points. “ShoeDazzle is a great way to get the latest trends at incredible prices. I am constantly mixing and matching items from different price points when I pick out my own outfits,” she said.

For JustFab, which debuted in March 2010 with the backing of president and creative director Kimora Lee Simmons, its recent growth has stemmed from category and international expansion. In 2013, the company is projecting to double its sales over last year. “The fast-fashion category is continuing to boom, and we have worked hard to stay up on the trends to keep our consumers coming back,” said co-CEO Adam Goldenberg.

ShoeMint, which launched in 2011 under the BeachMint e-tailing umbrella, is also tapping into star power through co-founders Rachel Bilson and Bilson’s stylist, Nicole Chavez. To differentiate its selection from other sites that offer product for less than $50, ShoeMint debuted with a price point around $75. For the fall, the site plans to test some higher prices on boots, at around $119.

“I am excited to watch ShoeMint continue to grow and expand our assortment to more and more styles, including new price points,” Bilson said.

For Steven Madden Ltd. — which produces the shoes for the site — ShoeMint represents a new growth avenue.

“Any great business is good for the company, whether it’s horizontal or vertical,” said founder Steve Madden. “It just complements what we do, and it’s a different channel of distribution.”

With most of these sites now beyond their startup phases, they have learned important lessons about catering to such a large membership base and executing the quick order-turnaround process.

At JustFab, the key was finding the right factories and private-label partners. “We had all sorts of challenges early on, but we had to bring in the right team,” Goldenberg said, noting that the site creates about 30 to 45 new styles per month based on consumer preferences.

To meet global demand, the company has also opened offices in Berlin, London, Germany, Canada and the U.K. “International expansion is very challenging, but it’s a big [focus],” said Goldenberg.

As a result, JustFab is garnering more than 500,000 new members per month, and in the fourth quarter, sales were up 250 percent over the prior year, according to the firm. The site is growing in other ways, too. Last month, JustFab acquired Fabkids.com to introduce a children’s component to the business.

ShoeDazzle has diversified by adding outside designer brands such as Dolce Vita, Zigi NY, Penny Sue and Michael Antonio. (Some of the labels had already been making private-label styles for the site.) While those brands will be more expensive than the core line, the average price point will remain $39.95.

“The new brands sold really well on our website, and our customers are open to different price points,” Martin-Coppola said.

So could the market for membership sites become oversaturated? “There has been a lot of influx in the market, but it’s been successful and [consumers] go after it. Right now, each [site] is slightly different,” said Kurt Salmon’s Liu. “But as more [players] enter, it will get harder and harder to differentiate. To be profitable, they will have to evolve their model.”