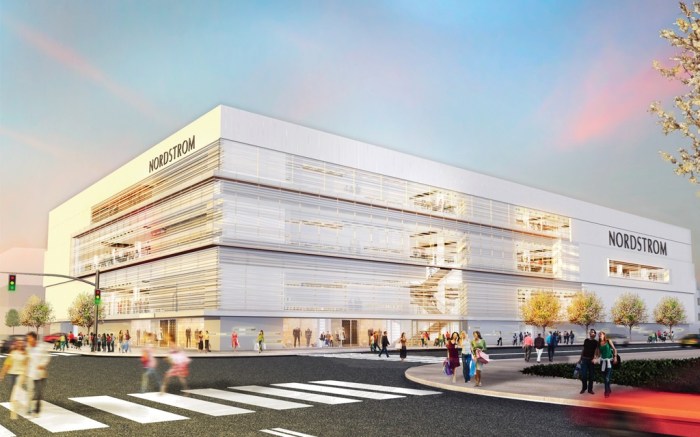 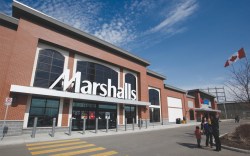 Major U.S. players, from Nordstrom and Target to J.Crew and John Varvatos, are pushing north in pursuit of expansion opportunities.

Amid uncertainty at home, a rocky recovery in Europe and slowing growth in Asia, the Canadian market has become a prime international target over the last few years. Canada’s economy remained strong even as the recession festered in the States, and its increasingly wealthy consumer base is hungry for U.S. brands — and largely familiar with them — thanks to the close proximity.

“There is a pent-up demand, and we love brands that exemplify the American [spirit],” said Anthony Casalanguida, GM of Yorkdale Shopping Centre in Toronto, where Nordstrom is opening in 2016 and John Varvatos is setting up shop next month.

The footwear market in Canada is currently about $5 billion, according to Sandy Silva, director of client development at The NPD Group in Toronto, who noted that roughly 60 percent of Canadian women have gone across the border to shop for apparel.

While there’s no question the consumer appetite is there, retailers acknowledged there are obstacles, too. For example, the pricing structure is different than in the U.S. and distribution models vary.

But that hasn’t stopped companies from taking the leap. Famous Footwear debuted its first store in Ontario in August at the Toronto Premium Outlets and expects to open three or four more stores in the next 12 to 18 months, according to Rick Ausick, president of Famous Footwear at Brown Shoe Co. He said mall developers first brought the retailer’s attention to Canada, whose strong economy “took some risk out of the equation.”

So far, Famous Footwear is happy with the decision, but Ausick also conceded the move north hasn’t been stress-free.

“It’s been complicated because of issues getting product into the country and the different distribution models that different brands have. But our brand partners have been very accommodating,” he said.

Nordstrom plans to shake up the department store channel in Canada next year when it opens its first store, a 140,000-sq.-ft. space, at Chinook Centre in Calgary, according to spokesman Colin Johnson. Two more stores will follow in 2015 and another two in 2016. The company eventually expects a total of eight to 10 full-line stores and up to 20 Nordstrom Racks.

The retailer had looked to move into Canada for “a number of years,” according to Johnson, but the tight real estate market was a factor. In the end, Nordstrom picked up a number of old Sears stores.

“We had to wait for the right locations to become available,” Johnson said. “Truly premier locations are harder to come by.”

With Hudson’s Bay and Holt Renfrew already established in Canada, competition will be tough, but Nordstrom isn’t daunted. “We love competition. We’re at our best when we’re competing with the best,” said Johnson, who said the firm would work to tailor its mix specifically to the region.

The retailer stands to hit it big in Canada, noted Doug Stephens, founder of Retail Prophet, a Canadian consulting company. “[Nordstrom is] a brand that’s really committed to the shopping experience and committed to its beliefs,” he said. “It will be hugely successful.”

“We believe that a certain percentage of luxury shoppers [are] leaving Canada and coming to the United States to do their shopping,” Baker said on a recent conference call. “And we believe as Saks and Nordstrom open up stores … that’s going to create greater opportunities for Canadians to stay in Canada and do their shopping, and we believe we’re going to be a strong part of that.”

While luxury retailers are fueling much of the growth, off-price chains are marking their territory, too.

TJX Cos., which bowed its first Marshalls stores in Alberta and Quebec in August, is plotting up to 430 stores overall, with Marshalls — which has a significant footwear presence — making up about 100 of them.

Ernie Hermann, president of TJX, said the firm is taking “a methodical approach” because he doesn’t want the retailer to expand “too aggressively.”

Indeed, immediate success is not a given. Target, for one, has had some fairly well-known missteps in Canada. The retailer began a 100-store rollout this year after acquiring 220 stores from Zellers, a subsidiary of Hudson’s Bay.

Given the logistics of converting the stores, “Target undertook something that was incredibly complex,” said Maureen Atkinson, senior partner at J.C. Williams Group, a retail consulting firm based in Toronto. “It was very clear from the beginning that people in Canada knew Target, shopped at Target in the U.S., so were very familiar with prices and operations. They opened the stores and it’s not what [consumers] are used to seeing in the U.S. They feel like they’ve gotten second best — plus the prices are higher.”

Atkinson added that Target stores she visited weren’t just out of inventory — they didn’t appear to have been fully stocked. In addition, many of the same brands Zellers carried were present, and consumers had expected Target’s own in-house brands.

NPD’s Silva noted that because Canadian shoppers are so familiar with U.S. businesses, “there’s a big expectation that the assortments are the same in Canada as they are in the U.S. That is not always the case. The assortment [in Canada] is tightly streamlined, meaning smaller,” Silva said.

“The Canadian market can be a great market, but I don’t think you can make the assumption that any brand can come in and Canadians are going to flock to it like lemmings,” said Stephens. “You have to open great stores and offer a great experience and be in prime locations. If you do all that right, it can be very successful.”

Canada might be perceived as a lucrative expansion market, but there are a number of challenges that can come into play. Here are a few factors to consider before diving in:

• Population count: Canada has a population just north of 35 million people, versus the 315 million who live in the U.S. And consumers — 80 percent of whom live within 100 miles of a border, according to the Royal Canadian Mounted Police — have certain loyalties; they know where to get prices they want and many are used to driving across the border to U.S. shops, analysts said.

• Wage calculator: The Canadian minimum wage is about $10 Canadian an hour, or $9.64 at current exchange, depending on the province. By comparison, U.S. minimum wage per hour is $7.25.

• Pricing pressures: In Canada, a national sales tax called the Goods and Services Tax (GST) can be lumped in with provincial sales taxes on item ticket prices. In Ontario, for example, the so-called “harmonized” tax number is 13 percent. In the U.S., different states and certain cities have their own sales tax rates, of course, but often that number is not added to an item’s price until checkout. Combined with the taxes, merchandise prices in Canada appear much higher, as much as 20 to 40 percent more than U.S. prices. “Quite frankly, it’s unrealistic to think you’re going to get the same prices as in the U.S. in Canada,” said Maureen Atkinson, senior partner at J.C. Williams Group, a retail consulting firm. Famous Footwear President Rick Ausick said the retailer’s pricing strategy is “based on what the Canadian counterparts of our brands think they should be [and] not at all equivalent to U.S. prices. We wanted to respect that. Our idea is not to disrupt the marketplace; our idea was to live in the marketplace.” Currency exchange is another issue U.S. firms must keep in mind.

• Uncertainty ahead: Canada might be heading into its own economic troubles, analysts said, even though it fared better than the U.S. did during the 2008-to-2011 recession. Doug Stephens, founder of consultancy Retail Prophet, noted that housing unit sales are dropping while real estate prices are still going up — a prime setup for a correction. “There’s a tension now between demand and pricing, which ultimately at some point has to snap,” he said.