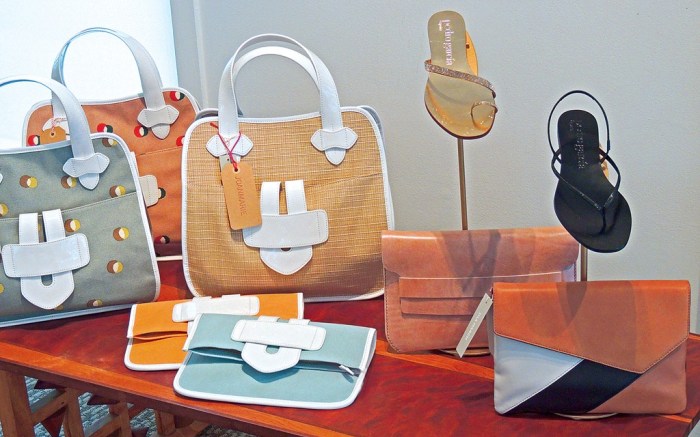 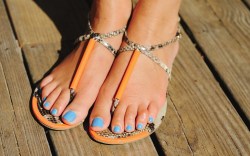 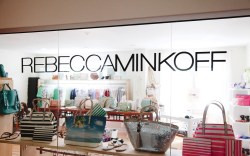 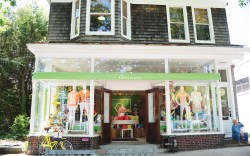 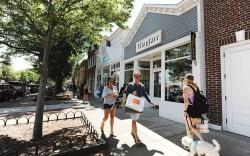 Sherry Soloway, who was on vacation with her daughter, picked out a pair of the brand’s classic Navajo sandals, and she was clearly pleased with her purchase. “I have tiny feet, so it’s really hard to find [fashionable] shoes,” said Soloway, a Miami resident. “Jack Rogers is one of the few brands that has my size.”

The footwear label sees plenty of opportunity in the Hamptons — so much so that it decided to open its third store, a 500-sq.-ft unit, there this spring. (It also operates locations in New York and Atlanta.)

“Our brand is rooted in resort wear, so we felt East Hampton was a natural fit,” said Jack Rogers’ president, Clare Schultheis. “We have been extremely happy with our results so far. Many of our customers stop by the store on their way to the beach or pool and grab some sandals for the weekend. We want this to be an easy experience for them.”

And unlike many fashion players who test the market with seasonal pop-up locations, Jack Rogers is staking a permanent claim there. “We plan on being a part of the community long term,” Schultheis said.

Apparel and footwear boutique Shari’s Place is also making a commitment. It debuted a 1,000-sq.-ft. store on Main Street in Southampton this summer, and plans are in the works to open a standalone shoe store there next year. “We have a killer accessories department in our Greenvale, N.Y., store, and we see an opportunity here, too,” said Larry Kaynes, husband and business partner of the store’s namesake. He said the shop stands out from its Hamptons competition because it offers luxury footwear labels such as Nicholas Kirkwood, Maison Martin Margiela, Chloé and Stella McCartney, which are not widely distributed in the region.

Overall, Kaynes is encouraged about the store’s first Hamptons summer, which has provided major exposure. “It’s been exciting to [form relationships] with new customers, and now they are aware of our Greenvale store, too,” he said, adding that plans are underway for a Miami shop. “Our shoppers are high-net-worth individuals who are ready to move forward again. They [recovered from the recession] and got back to even pretty quickly.”

This spring marked the highest number of second-quarter home sales since 2006, according to a Douglas Elliman report released late last month. That uptick, coupled with an increase in international visitors, has added up to a fruitful summer. “This is a healthier Hamptons. We’re looking at a good season all the way around,” said Faith Hope Consolo, chairman of Douglas Elliman’s Retail Group. “Retail has gotten much more developed out here. Everybody is looking at the East End as a [way to extend their brands].”

Consolo estimated that rents in all Hamptons locales are up over last year. “Everything has progressed,” she said, noting that prime areas in East Hampton are garnering $125 to $135 per square foot.

East Hampton continues to be the hot spot for many players, including Sam Edelman, Shoe-Inn and Sneakerology, which have reported brisk sales in recent weeks.

“We actually started out the summer pretty slowly. We felt like there was no one out there before June 15,” Edelman acknowledged. In recent weeks, however, traffic and sales have shot up. “We sold 100 pairs of Gigis [sandals] in one day,” the designer said, adding that the store layout was retooled to make it easier to shop.

At Sneakerology, which is marking its third summer in East Hampton, business has been steady. “Last summer we were up 30 percent, and we’ll be up again this summer,” said owner Gary Dworetz. Nike continues to rank as the store’s top brand, while Asics, Brooks, Newton Running and New Balance are also ringing up solid sales.

The storeowner said he is noticing more interest from European consumers who discover the shop, located just off Main Street. “They’re a big part of the business now and they always tell us our store is unlike anything they have [at home],” Dworetz said.

Similarly, overseas tourists have helped fuel sales at Shoe-Inn this summer. “You can hear numerous foreign languages as you walk down Newtown Lane,” said Billy Lawson, co-owner of the store in East Hampton. While people are in the mood to shop, Lawson noted his business is being driven by moderately priced brands such as Toms Shoes and Superga.

He also continues to expand his private-label offering to differentiate the store from big-box and branded competitors. “I don’t want to look like a department store,” said Lawson, who owns the store with his wife, Melissa Lawson.

A few miles away, in Bridgehampton, Joan Marie is focused on the $200 to $500 range as its sweet spot. The Pedro Garcia brand ranks as its top seller this summer, according to owner Marisa Borghi, who also has brought in new names such as Coye Nokes and handmade brand Tuccia Di Capri.

Now, the retailer is working on plans for her own Joan Marie shoe label and looking for a production partner, ideally in the U.S. “I’ve learned a lot about what consumers want, and I went to design school, so it makes sense to do my own line,” she said. Additional plans call for a location in Palm Beach, Fla., where Borghi and her family live for much of the year.

Elsewhere in the Hamptons market, Montauk, Sag Harbor and the North Fork are prime expansion areas for retailers, although some local residents continue to bemoan commercial development.

That hasn’t deterred businesses from moving in, however. Montauk, in particular, is a hot destination for designers, including Rebecca Minkoff, who is operating a pop-up shop at the trendy Sole East hotel for the second summer in a row. “We love Montauk and the people who stay and visit there,” said the brand’s CEO, Uri Minkoff. “It has been important for us to identify with these [consumers] and this community to further foster relationships between our brand and them.”

In addition to opening stores, brands also sponsor events in Montauk. For example, Sperry Top-Sider teamed up with Esquire magazine to host its “Vacationland” event at Ruschmeyer’s hotel over July 4 weekend.

Looking ahead, insiders said the Hamptons market should strengthen even further, but they cautioned that the opportunities are becoming more limited. “There’s not much land remaining to develop in the Hamptons,” said Judi Desiderio, CEO of Town & Country Real Estate. “You can’t go any further or you land in the sea.”