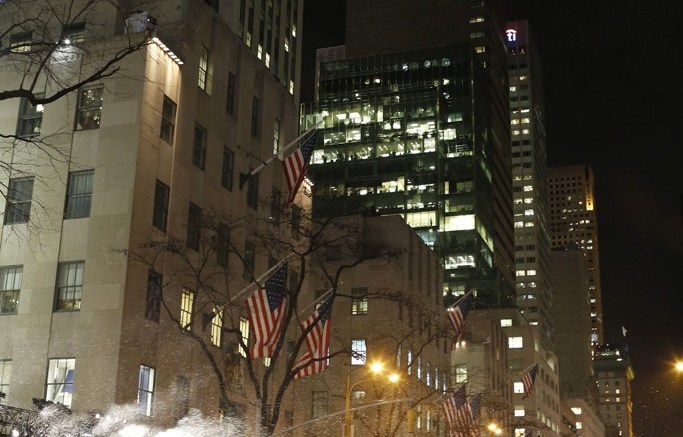 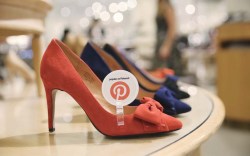 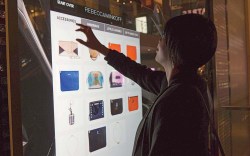 Not only are they hitting stores earlier in 2013, but they’re doing so armed with their smartphones and extensive knowledge about products and prices.

As a result, retailers are increasingly turning to digital strategies — from tech-driven storefronts to flashy new apps — to capture consumer attention during what could be a challenging season. “No longer can traditional retailers stay idle and allow online retailers to dominate on [big shopping days like Black Friday or Cyber Monday],” said Marshal Cohen, chief industry analyst of The NPD Group Inc.

The National Retail Federation reported that this year’s holiday season is expected to rake in around $602.1 billion, and online sales are predicted to gain 13 percent to 15 percent from 2012, topping $82 billion. According to the Nielsen holiday forecast, more than half of Black Friday shoppers will do some shopping online this year, and even more people plan to take part in Cyber Monday.

Over the past few months, several retailers have debuted mobile shopping applications, or spruced up their old ones, to create a more seamless shopping experience.

For example, Macy’s released the Star Gifts app in November. Shoppers who scan an image from any advertisement or in-store promotion marked with the “Star Gift” logo will have access to additional information about the product and videos, and they can purchase the item. In addition, the app will offer special promotions to help convert sales.

“Our customer is always shopping, and she is eager to learn more about Macy’s recommendations,” said Jennifer Kasper, Macy’s group VP. “This seemed like the perfect marriage of technology, entertainment and utility — all delivered through the mobile phone she has come to rely on as she makes shopping decisions.”

Famous Footwear launched its shopping app in October, offering special privileges to reward members. Over the holidays, mobile users will get exclusive deals as well as one-day early access to Cyber Monday promotions. The app is part of the long-term strategy to address the instant gratification demanded by the consumer.

Will Smith, chief marketing officer for the retailer, said the digital push has been well received and he expects the app to make a major difference for online traffic this season.

“Mobile is increasingly becoming a necessary part of the shopping experience for our customer. They are on the go and demand convenience and access to the latest shopping trends, as well as savings,” Smith said. “A significant percentage of visits to Famous.com come via a mobile device, and we see this only continuing to increase in the future.”

At Foot Locker Inc., the company has spent the past several months refreshing its websites and adding more interactive content. The retailer said it also added more videos and fit guides ahead of the holiday season.

“Mobile traffic and tablets now account for more than half of our traffic — it’s huge, it’s a big deal,” said Dowe Tillema, president and CEO of Footlocker.com. “We’re optimized for both mobile inquiries and tablets, and use a responsive design to offer a good experience based on the user’s detected device.”

While some retailers are using apps to drive shopping, other footwear players are pushing digital efforts beyond mobile.

In a notable move, Toms Shoes, Rebecca Minkoff and Sony partnered with Westfield Group and eBay to test digital storefronts this year.

At the Westfield San Francisco Centre, large glass panels — which eBay calls Connected Glass — transform vacant storefronts into essentially large tablet computers. Consumers can peruse merchandise and complete purchases through the wall. Before checking out, users enter their mobile phone numbers to securely finish their purchase from the phone.

Uri Minkoff, CEO of Rebecca Minkoff, said that before the company debuts its first U.S. store in New York next spring, the digital storefront will help spread consumer awareness of the brand. (Rebecca Minkoff also opened a brick-and-mortar pop-up in New York for the holiday season.)

“This is bringing online to the mall and to the constantly connected and social individual,” said Minkoff, who added that in a mall with movie theaters and late-night restaurants, the storefront allows for after-mall-hours purchases.

The executive noted that the brand selected 20 curated items for the holidays to make the [shopping] process faster, with “personal picks” from the designer herself.

According to the CEO, there are some less-obvious advantages to the partnership as well. Connected Glass’ infrared system allows storefronts to collect data instantly, from the number of people who pass through the store to how many of them use the technology.

But customer engagement with digital shopping tools isn’t limited to apps and tablets in store.

One of the major themes of the holidays again this year is the importance of social media. From holiday windows to in-store promotions, Twitter, Pinterest and Facebook are crucial to communicating with shoppers, according to retailers.

NPD Group’s Cohen said the interactive nature of advertising campaigns allows brands to respond directly to consumers and forge a more personal relationship. “Social media and Internet marketing give traditional retailers a better opportunity to tell a shorter story, decreasing the reliance on the in-store experience,” he said.

A new addition to the social media world this year includes holiday windows. During the past few weeks, Barneys New York and Saks Fifth Avenue unveiled holiday windows that brought interactivity to the storefront. (Barneys revealed its displays in Instagram.)

The Saks Fifth Avenue windows feature several digital components. Hash tags on the glass encourage shoppers to visit a special website where they can create a digital snowflake and add it to the “snowstorm” in the window.

“With social media, the world is so much more communicative about the holiday decorations,” said window designer Harry Cunningham. “It’s about the continued expanded connection [between consumers and retailers].”

As part of its extensive omnichannel initiatives, Nordstrom launched a special Pinterest program in its stores.

Red tags highlight the most pinned items. “It’s an inspirational, inclusive and actionable platform, and is in many ways the world’s biggest wish list,” said Bryan Galipeau, social media manager of Nordstrom. “It fits well with our goal of having our merchandise show up in our customers’ wish lists year-round.”

Galipeau noted the real benefit of the Pinterest tags and site for the department store is that they are an easy way to have a conversation with the consumer and better serve their needs when shopping. “The customer is voting with their pins to tell us what they think is hot — and we’re listening,” Galipeau said.