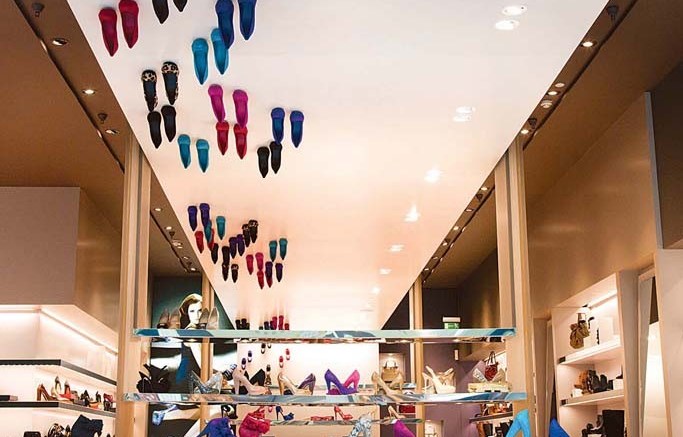 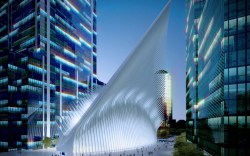 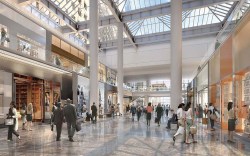 NEW YORK — The retail race to downtown Manhattan is heating up.

“There is enough momentum to expect healthy retail [activity],” said Faith Hope Consolo, chairman of Douglas Elliman’s Retail Group. “Because [developers] have done such a great renovation at the World Trade Center, the march downtown is already happening.”

At Westfield World Trade Center, 350,000 square feet of space along Church Street, Cortland Way and Dey Street will be introduced in early 2015. Sources project $700 million to $1 billion in annual sales for the center.

Brookfield Place, located off Vesey Street in Lower Manhattan, is upping its retail game as well, with Michael Kors and Salvatore Ferragamo among the stores setting up shop. “Brookfield has done a really good job at making some big announcements. They’ve taken a strong approach to fashion, which adds validity,” said Karen Bellantoni, EVP at retail leasing firm RFK.

There is also a new transportation hub in the works for 2014 — the $1.4 billion Fulton Center funded by the Metropolitan Transit Authority — which will increase foot traffic and tourist activity in the area. According to Westfield Group, Lower Manhattan’s population has swelled more than 83 percent in the past decade and will grow another 16 percent in the next four years.

“Lower Manhattan has always been a destination for tourists and for work, and increasingly an area for people to live, but it’s never really been a retail destination,” said Andrew Breslau, SVP of the Alliance for Downtown New York.

But that will soon change, according to Consolo.

“I wouldn’t have said this one year ago, but the downtown and financial areas are definitely seeing a dramatic change. Consumers love the neighborhood feel. That’s the new flavor,” she said.

U.K-based retailer Dune London, which will launch in the U.S. market next year, is one company looking to capitalize on the momentum in the area. It plans to open a 2,300-sq.-ft. store in Tower 1 at Westfield in 2015. The store will mirror Dune’s other stores, which feature a “reverse runway” on the ceiling. “It’s an opportunity for the brand. It’s a massive development, and the mix of retailers is fantastic,” said Daniel Rubin, executive chairman at The Dune Group. “It’s creating a really buzzy retail space and cultural area within the city, and it has huge potential.”

Tom Ford, Michael Kors and Aldo also are said to be plotting spaces at Westfield, and Breslau said he expects more openings at Westfield World Trade Center and beyond. “It’s a very exciting time to be here, and the amount of [retail] space coming is very significant,” he said. “The excitement and power being built is now becoming visible. Lower Manhattan will offer every type of option for footwear.”

All the downtown attention is part of a bigger New York story. Experts expect the Soho buzz to continue, as well as interest in the always popular 34th Street and Fifth Avenue and Madison Avenue areas.

“If you look at it from a fashion perspective, they are all thriving markets,” said Bellantoni.

In addition, several other big moves could drive traffic. For example, the Hudson Yards complex on the West Side is slated to become the new home of New York Fashion Week (though a date for the move has yet to be determined), and Nordstrom will open its flagship on 57th Street near Columbus Circle in 2018.

“The whole future of Manhattan could be to the west. [Retailers] would be smart to get in early and start looking at the space,” said Gene Spiegelman, EVP of Cushman & Wakefield. “Investors are thinking about it as a hot spot.”

And the fervor of activity continues despite high rental rates. (Lower Manhattan rates currently range from $300 to $500 a square foot, while Fifth Avenue rents can reach as much as $3,500 a square foot for a luxury space, according to Consolo.)

“New York is the most expensive place to rent real estate in this world,” said Spiegelman. “The viability of areas for retail is growing, and [brands] will pay to get that global exposure.”

Ultimately, property experts believe that healthy years are ahead.

“There’s some very rapid leasing momentum going on, and it has been for the last few years. There are bidding wars, and optimistically, this momentum will continue,” said Bellantoni.