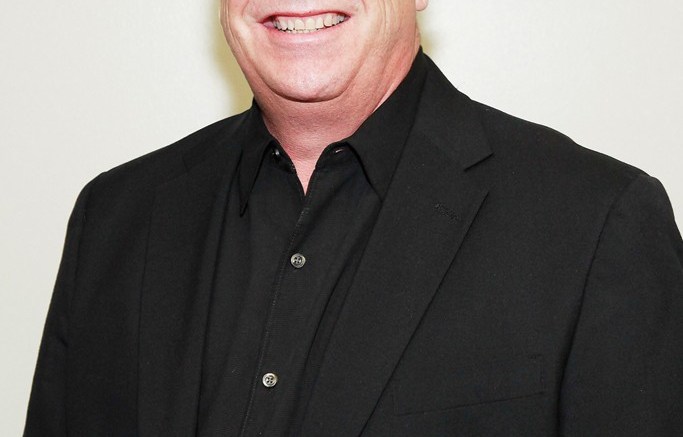 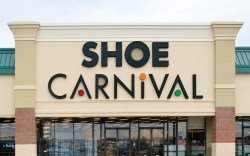 NEW YORK — Shoe Carnival is skipping toward $1 billion in sales within the next two years.

Five months into his stint as the firm’s president and CEO, Cliff Sifford said the company is on track to achieve that goal by aggressively opening stores in both new and existing markets, which should help the firm achieve a high-single-digit rate of overall growth.

“If we don’t hit a billion by the end of 2014, we definitely will by 2015,” said Sifford, a 15-year veteran of Shoe Carnival. “That will do a lot for us to market the Shoe Carnival brand nationally.”

Sifford, who was previously EVP and GMM, became president and CEO when Mark Lemond retired from those positions last year after 25 years at the company. The executive noted that the 351-door chain has the potential to double its store count.

And given Shoe Carnival’s dynamic business model, analysts predicted it has ample room to grow. “They’ve just started to accelerate stores because their foundation has been laid,” said Scott Krasik, analyst at BB&T Capital Markets. “They’re a better operator than others in the industry because they watch expenses very closely and do things very deliberately. They’re a big athletic player among family footwear retailers.”

Sam Poser, analyst at Sterne Agee, added that Shoe Carnival has a leg up on its discount competitors, thanks to its multibranded format.

Although the firm warned that its fourth-quarter results will come in lower than expected due to delayed income tax refunds denting consumer spending in January, Poser remained upbeat on Shoe Carnival’s fundamentals.

“[The company] has a history of controlling what it can control very well, and we expect that to continue,” he said.

For Sifford’s part, he confirmed sales have since “rebounded sharply, particularly in athletic footwear, when the income tax refunds started reaching our customers.”

Here, the CEO shares thoughts on his new role, maintaining growth across all product categories and retaining value for the middle-market consumer.

Where do you see the biggest opportunity to grow the company?
CS: Our No. 1 growth driver is new stores. We’re going to open 30 to 35 stores this year, which we’re positive will produce mid- to high-single-digit sales growth and low-single-digit comp growth. We’re underpenetrated in accessories, and our men’s business has run ahead of plan over the past three years now. We’re also seeing tremendous growth in our kids’ business, which we [expect] will continue. So the real question is how do we get our women’s business to grow to 30 percent from the current 27 percent? We’ll just have to grow it faster than we grow the other businesses. We’re at a pretty important crossroads: We need to keep the momentum in athletic and generate faster growth in non-athletic.

What is your store expansion strategy?
CS: We believe we can grow the Shoe Carnival concept to 700 stores, from 351 today. The strategy is to alternate every other year between [going into] a new market, then backfilling it. We just successfully entered two new markets last year — Dallas and Puerto Rico — and will spend this year backfilling them. It’s been a pretty successful formula for us, to help mitigate advertising risks we may have in a market.

Who are your biggest competitors?
CS: We have a very young customer base. [We think of ourselves as a place] where a young mother knows she can find shoes for her husband and kids, as well as herself. In that sense, everyone who sells shoes would be a competitor. But we go head to head with folks like Famous Footwear, Rack Room Shoes and The Shoe Dept. in more markets than anyone else.

How does the current economic and political environment shape your business outlook?
CS: Our customer is definitely affected by the payroll tax going up, or when gas goes to $4 a gallon. So it’s important for us to make sure we’re servicing the customer better, to remain the destination shop for her. The fact that we’re a value family footwear chain means that a customer who used to shop the department store and is maybe feeling squeezed will now come to us for their shoe needs.

Is the market favoring the athletic or fashion cycle?
CS: Because the weather has been a little warmer, our athletic sales have been more robust. We still see color and material interest being a significant driver of the athletic business. That said, we’re also seeing those things working their way into the non-athletic side. Based on what I saw last [month] at the shows, I’m really encouraged by some of the new brands and I saw exciting things in women’s casuals and booties.

How does your digital strategy help you enter larger markets?
CS: When we hit $1 billion, it could be the tipping point at which we’ll start looking at the West Coast and larger markets like California. Our e-commerce business, which we launched in September 2011, has given us the ability to market ourselves online all over the U.S., and we do get sales from all over the country, so we know our digital strategy is working, and we’ll continue it.