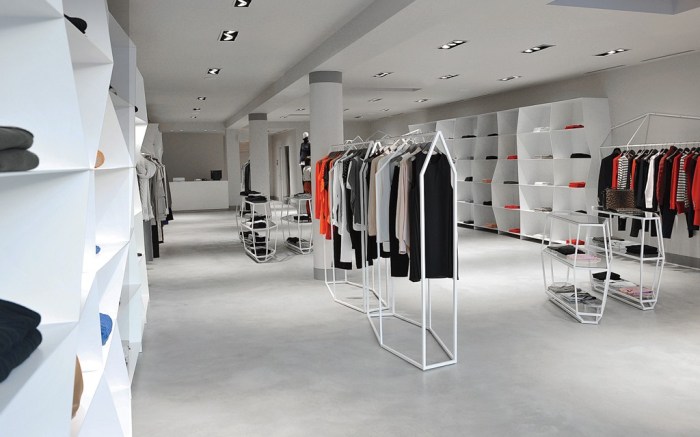 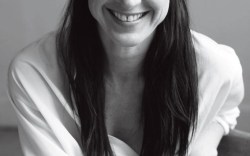 Joseph has planted its flag in Los Angeles with its second U.S. boutique, and a full footwear collection is slated for fall ’13.

Louise Trotter, creative director of the U.K.-based retailer, said that with the success of the New York store on Madison Avenue and a thriving wholesale business, the time was right to head west. “We felt we could increase our exposure on the West Coast and also offer the full breadth of the Joseph collection,” she said. “It’s hard to fully represent your brand without a retail space. We’re trying to build our identity in the U.S., and [brick-and-mortar locations are] critical to our expansion. Los Angeles was a top priority for us.”

The 2,500-sq.-ft. space, located on Robertson Boulevard, opened in November and follows a store design the company first implemented four years ago. The minimalistic style puts the spotlight on the footwear and apparel, as opposed to the decor. “We wanted to create an environment that was quite bright and white,” Trotter said. “It’s the perfect frame to display our collections. It was important to create an environment that showcased the clothes [and footwear] and not to take over the product. There are fixtures in the store that actually act like picture frames, so the idea is that it frames the clothing while giving a strong architectural feeling, which works back to our brand DNA.”

Joseph Ettedgui opened the first Joseph store in 1972 as a designer boutique offering a range of stylish apparel and footwear, spanning a variety of brands. The chain now counts approximately 100 doors across the U.K., France, Ireland and Japan, as well as a number of shop-in-shops in department stores such as Selfridges. Many of its stores now sell Joseph-branded merchandise.

“[Ettedgui] was an incredible buyer and an incredible curator who pioneered brands like Alaïa and Kenzo,” said Trotter. “Over time, he started to build the Joseph brand. That had enormous success and grew and overtook the retail concept of being a designer store. [Now], most of our stores are standalone Joseph stores.”

Still, the company’s flagship in London and other select locations carry an assortment of branded footwear from Alaïa, Balenciaga, Céline and Alexander Wang.

The L.A. store, however, carries a more modest footwear assortment of Joseph-branded shoes meant to complement the apparel.

That will soon change. For fall ’13, the brand will introduce a comprehensive assortment of footwear including flats, heels, flat boots, tall boots and more, priced from $295 to $495. The new product, all designed in-house, will receive a dedicated shoe department. “In our flagship in London, we have a huge accessory area,” said Trotter. “We’re starting to see that as the model for our other stores. We will have a dedicated shoe and accessory area within the store by next winter.”

Trotter added that a handbag collection will launch in tandem with the full footwear line.

But even as the product line — and store base — expands, Trotter said the company aims to serve the same customer. “The same Joseph woman exists in our stores in London as in Paris as in New York and Los Angeles,” she said. “The Joseph woman is sophisticated. She appreciates our quality and our Anglo-Franco attitude. We don’t see her as being a certain age. We see her as being a woman who is quite active in her life, who probably has a job, who has children, who is constantly on the go and who wants to look good from day to evening.”

That approach should make the brand stand out against the steep competition on Robertson Boulevard, Trotter said. And so far, the store has exceeded expectations. “It’s had a very positive start,” she said, noting that the firm doesn’t disclose sales figures. “We’ve been pleasantly surprised. We’ve had very positive feedback in regard to the collection on the West Coast.”

Still, real estate broker Robert Cohen said Joseph might have some work ahead, as the famed retail street has lost some of its luster. “So much of business and real estate is about cycles, and right now I’d say Robertson is cycling out as opposed to in,” he said. “We’re seeing far more interest in Beverly Drive than Robertson Boulevard. I know Joseph is on Madison Avenue [in New York] and … that’s more similar to a Beverly Hills [customer].”

Nevertheless, Trotter said she is confident the store is in the right location to build consumer awareness and generate sales. “We looked at various locations, but Robertson felt right for us,” she said. “It’s on a corner location, which gives us great exposure to not only driving traffic but also foot traffic. We feel very positive about that spot.”

Looking ahead, Joseph aims to expand in the U.S. and is on the hunt for locations in San Francisco and Chicago. Also, Trotter said another location in New York is possible. “We would like to take another store and go back into Soho. We used to be in Soho in the past,” she said. “We’re just looking for the right space.”