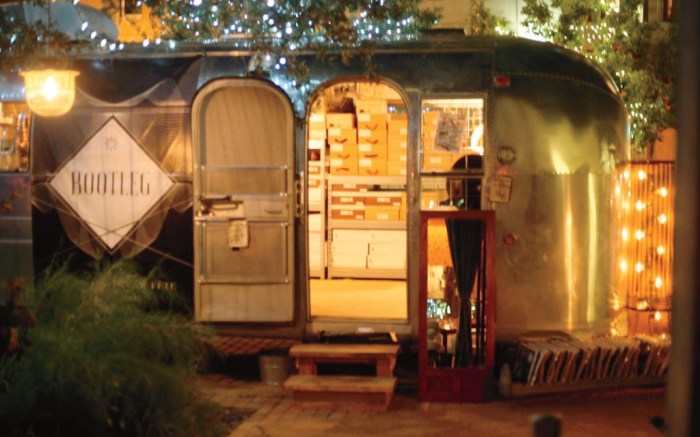 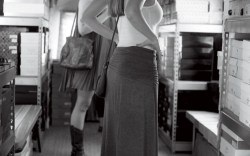 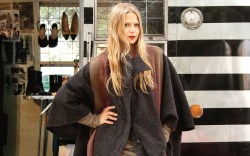 Sarah Ellison Lewis might be the most unlikely of storeowners.

“I don’t believe in retail,” she confessed, citing creative and financial constraints, both for retailers and designers. But that’s exactly where the native Texan has landed in life, and the stylist-turned-shop owner is doing it her own way, with a mission to challenge the traditional footwear business model.

Her Austin-based boutique, aptly named Bootleg Airstream, is located inside a permanently parked, vintage 31-foot Airstream trailer in the city’s South Congress shopping district. Bowed two years ago as a side project aimed at financing Lewis’ frequent trips between New York and Texas, the independent store quickly grew into a full-fledged business housing an ever-changing, curated selection of hard-to-find women’s labels, along with a smattering of men’s offerings.

In February, the retailer also launched an e-commerce site, Bootlegmarket.com, to provide a digital hub for both vendors and the general public to buy and sell, as well as socialize about new and vintage shoes. “The goal is for it to be global,” Lewis said, noting that she plans to add rental and trade options to the site in the near future.

Juggling multiple projects is nothing new to Lewis, who, on top of her retail career, has put her journalism degree to use publishing a Bootleg-branded art and fashion newspaper with limited distribution in the U.S. and Europe. She also continues her work as a stylist for print and film, and is seeking to launch her own footwear brand in the future, one with a rebellious vibe and lots of designer collaborations.

But for now, the people behind the labels carried at Bootleg Airstream and Bootlegmarket.com said they’re simply pleased to partner with a creative proprietor.

“We love to have our product at Bootleg,” said Keltse Bilbao, co-founder of New York-based women’s label Plomo. “It’s a very cool concept that makes the shopping experience different and special.”

Designer Matt Bernson agreed: “We are always looking to retail our shoes in places that give the customer not only an amazing experience but are in fact experiences themselves,” he said. “Bootleg Airstream has figured out how to make a seemingly kitschy concept feel original, high-end and well executed. We love the assortment of product, the look of the space and the buyers who do a great job.”

The boutique’s approach to buying aligns with Lewis’ convictions about retail. Bootleg Airstream, which got the Bootleg part of its name from the quirky, historic town of Bootleg, Texas, strives to stock only hard-to-find brands. LD Tuttle, J Shoes and Laurence Dacade are among some of its best sellers. And when a label starts to do well and proliferate the market, Lewis isn’t afraid to drop it. “I want my [product mix] to be crazy unique,” she said.

The trailer’s rustic interior features vintage artwork plastered on the walls and price tags adorned with old-school pinup girls. The store’s employees also strive to create a salon-like atmosphere, in which shoe lovers can gather in the tiny space to shop or just talk shop.

“It has always been about not being pretentious,” Lewis said. “I didn’t want to exclude people. [When the store opened], I was like the shoe whisperer. I would just sit there and listen to people talk about shoes all day. Nine out of 10 of them wouldn’t buy anything, but the one who did bought a $700 shoe.”

Aside from creating a lasting impression, the trailer also has allowed Lewis to circumvent some common financial pitfalls. In particular, securing a traditional commercial lease turned out to be a challenge she’d rather not take on. “I did all this research on why retail fails, and it was always the rent overhead,” she said. “I thought I would nip that in the bud.”

The offbeat setting has landed Bootleg Airstream on the city of Austin’s official “things to do” list, drawing local and international shoppers. “The one thing [my customers] have in common is that they are all fashion-forward,” Lewis said. “They’re all different ages and lifestyles, but they are all insanely excited about shoes.”

Although she has been approached to create a fleet of trailers and has considered opening similar boutiques focused on jewelry and handbags, Lewis is currently immersed in brand-building. That includes assembling a New York buying office and expanding the store’s blog into a second Bootleg publication, a digital magazine that will cover Fashion Week and other footwear-related events for insiders.

“What’s really important is that we don’t lose our artistic vision,” she said. “It’s pure and authentic, and it’s from our hearts.”