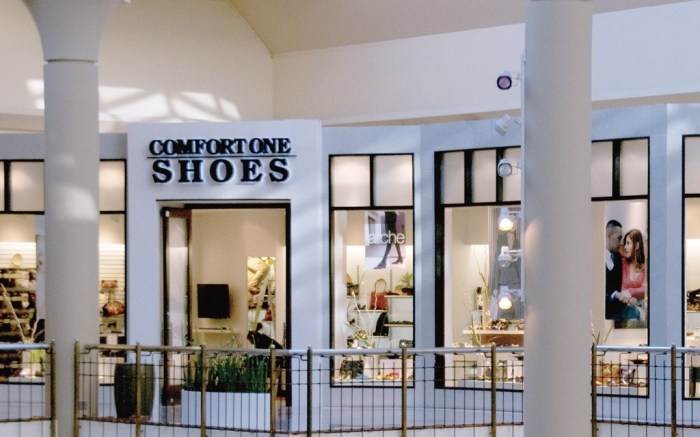 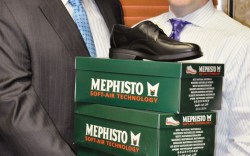 Maurice Breton and his team of footwear merchants really go the distance when it comes to shopping the market — and that goes for miles traveled, too.

“We firmly believe in attending a lot of shoe shows. We have a complicated assortment and each show fills a particular niche for us,” said the president and founder of the Manassas, Va.-based Comfort One chain.

As the largest independent shoe retail chain in the mid-Atlantic region, Comfort One carries a variety of brands, including Sanita, Thierry Rabotin, MBT and Merrell, and regularly tests newer names.

“We believe in new brands because, as a better-grade independent retailer, we build brands,” Breton said. “Prior to 2007, we were more cavalier in our buying than today, but we are still always testing in the marketplace and reacting.”

And the company continues to grow. In September, a 19th Comfort One door will open in a shopping center in Woodbridge, Va.

Despite Comfort One’s wide reach, Breton’s retail empire maintains a family sensibility. His son Garrett is VP of the company, and the two are working on a succession plan. Breton also has deep ties within the national independent retailer community and sits on the board of the National Shoe Retailers Association.

“We [independent retailers] are a group of people whose lives are tied to this business — it’s personal. And the camaraderie among us is extraordinary,” he said.

As Comfort One celebrates its 20th anniversary this summer, Breton shares his experience and insights as an industry veteran.

You operate a total of 20 stores and counting. What are the challenges in managing that much real estate?
MB: Retail real estate is a huge challenge in Washington, D.C. The federal government has taken up so much of what would be normal retail space, and that drives up the rents because there’s a limited supply. But from the outset we opted to go into the best locations — and we pay for it. But what we get for that is hundreds of people passing our door on foot every hour. That traffic is well-heeled, high-income customers, and we are able to sell footwear at an average unit price of $168, which is about five times the national average.

How do you compete against major department stores and online retailers?
MB: I’m much more concerned about Amazon.com being my competitor than other department stores and independent retailers. Amazon can undermine all my prices. It doesn’t have the same pricing structure and offers little to no service. It’s just a different type of operation. We compete against that with our sales staff. Every person is trained at our Comfort One University — new hires must pass 21 different classes and a final exam before they hit the sales floor. We celebrate their graduation with a cap-and-gown ceremony. Our people also have earning capabilities that go far beyond the average retail position. One of our overall philosophies is that if we treat our employees well, they will treat our customers well.

What role does private-label product play in your business?
MB: We’ve modified our approach to private label. Years ago, we worked with factories to customize shoes that were exclusive to us, and we found that to be a hit-or-miss game. Now we buy directly from the lines that factories create for their own retail stores. We still get great value, but we’re also guaranteed strong quality and a product that fits, which is critically important. This accounts for about 10 percent to 15 percent of our business.

Comfort One carries a wide selection of accessories in addition to footwear. What is your strategy there?
MB: Insoles, shoe-care products, handbags, umbrellas — we’ve expanded that assortment because it’s a quicker-turning, higher-margin business than footwear. You’d be surprised how many umbrellas we sell when it’s raining in the high-foot-traffic areas. We train our staff to put them in the window and in displays out front. Ten years ago, we carried very few accessories, and now it is 10 percent to 15 percent of our business.

What recent comfort trend do you feel is overrated?
MB: We absolutely believe that the whole minimalist look is deader than a doornail. It’s over. The Vibram FiveFingers and things like that were a flash in the pan. We bought into it three years ago. It was great, couldn’t get enough, and then one day we had too much. It certainly appealed to a 30-and-under crowd, but it didn’t have broad age appeal. Now we’re not interested. And in our operation, we need shoes with more support.