Zooligans Adds to Its Animal House 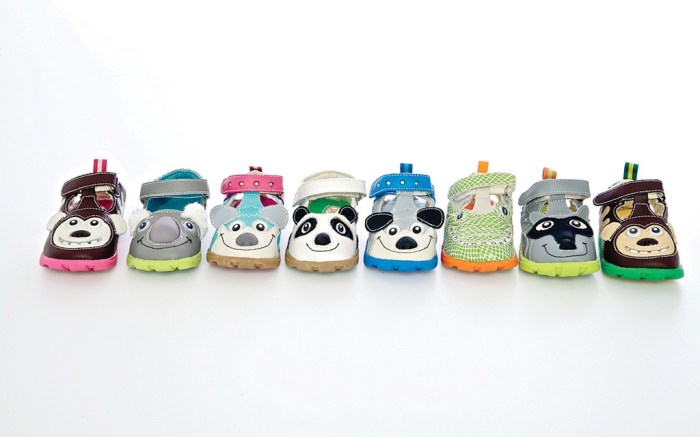 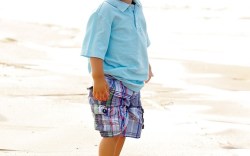 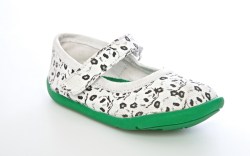 To round out its offering and expand its reach, the Danvers, Mass.-based children’s brand, which launched last year, will add several collections for spring. “We’re building on our core product, which is our PawFlex animal-themed, stitched-leather shoes, and we’re creating categories that offer different constructions, materials and price points to appeal to a wider range of retailers and consumers,” said Cheryl Andonian, who founded Zooligans with her husband, Joel Rusnak. “We felt it was important to do this fairly quickly, to show the versatility and range of what we’re doing. We don’t want Zooligans to be pigeonholed as this brand that only makes leather animal shoes.”

The new additions include PawPrints, a toddlers’ collection featuring the brand’s original animal characters printed on canvas uppers; FishFlex, closed-toe, quick-drying water sandals inspired by sharks, frogs, fish and other water creatures; and ZooPop, a line of classic canvas slip-ons and Mary Jane shoes detailed with photo-realistic graphic prints of animals. “We’re experimenting with some new materials and styles but still staying with that idea of fun and playfulness,” said Rusnak, who oversees design for Zooligans.

Compared with the core PawFlex shoes, which retail for $40, the PawPrints and ZooPop styles are more moderately priced, at $35 and $32, respectively. “A big catalyst for the segmentation in our spring line is the ability to go to new distribution channels with different product. With the canvas styles, for instance, we can go into those family footwear stores and more moderate retailers,” said Art Rogers, Zooligans’ GM. An industry veteran who has held executive positions at Converse and Saucony, Rogers partnered with Andonian and Rusnak in their venture.

Andonian said ZooPop, in particular, is an opportunity for the brand to capture a slightly older customer. “Our cutoff for the character shoes is probably an 8-year-old. So with ZooPop, we wanted the designs to be a little more sophisticated to appeal to older kids. It’s more of a graphics story rather than a character story.” In a quirky touch, the ZooPop shoes feature matched prints on the upper and footbed, such as elephants and peanuts, and raccoons and trash cans.

In addition to the new spring offerings, Zooligans has a baby collection hitting stores this fall. Priced at $25, Baby Zooligans features soft-sole booties detailed with the brand’s cast of animal characters. Looking ahead to fall ’14, Rusnak said the label plans to add a winter-boot program. And eventually, it could introduce complementary products, including backpacks, lunch bags and other accessories. “The Zooligans characters would lend themselves well to these kinds of products, but right now, our main focus is on growing the footwear business,” Andonian said.

In the year since its launch, Zooligans has built a strong following at retail, with accounts including Nordstrom and Shoebuy.com, as well as independents across the country.

Cody Facklam, kids’ shoe buyer for Nordstrom, said the label’s novelty factor is a key part of its appeal among the department store’s customers. “There is nothing else like it in the marketplace,” Facklam said. “It’s a fun and playful brand that speaks to both the child wearing the shoes and the parent making the purchase.”

Dawn Stanley, manager at The Cobbler’s Wife in Roanoke, Va., agreed, saying parents at her store also give the line high marks for its durability and quality. “My own granddaughter wears the shoes, and they wear very well,” Stanley said. “Kids just love them — what child doesn’t want an adorable animal on their feet? They’re really fun.”

Internationally, Zooligans’ distribution includes Canada, Russia, Ukraine, Singapore and Malaysia. Expanding into Europe is a major focus for the brand heading into the spring season. “Europe is obviously a key market, so we’re partnering with local distributors there and starting to place our product,” Rogers said.

Rusnak, Andonian and Rogers also have big plans beyond Zooligans. The trio has formed an umbrella company, ShoeString Shoes, that will serve as a platform for launching additional children’s footwear brands. A new line already in development could launch as early as next fall.

“We want ShoeString to become a key resource for multiple categories of children’s footwear and for product that retailers won’t see from 10 or 12 other manufacturers. There is so much sameness in the market now, so there’s a real opportunity for brands that bring innovation,” Rogers explained. “If you look at the companies that have been successful, it’s those that have added a shoe to a kids’ closet rather than replaced a shoe. That’s what we hope ShoeString will represent.”

Andonian said their strategy is to take a close look at each footwear category and identify opportunities to bring innovation or a new approach to that category. “Our intent is to create shoes that retailers have never seen before,” she said. “We definitely have some interesting things brewing for the future.”