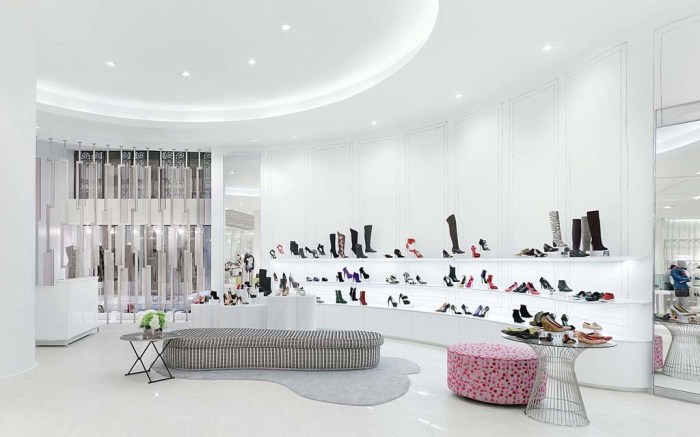 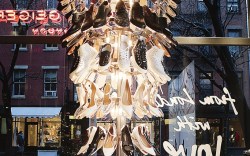 Several significant trends emerged this year that reveal some of the footwear world’s big priorities and hint at where it could be heading in the months to come.

Oh, Canada
Our quiet neighbors to the north were anything but quiet this year. Whether it was Hudson’s Bay Co.’s surprise takeover of the department store scene (see page 16 for more) or Aldo Group’s savvy behind-the-scenes gigs, the Canadians made their presence known in the lower 48. And above the border, U.S. retailers such as Nordstrom, Famous Footwear, John Varvatos and TJX made moves. They’ll face tough competition, though, since HBC debuted the largest shoe floor in Canada, and Holt Renfew began rolling out shop-in-shops for Manolo Blahnik, Christian Louboutin and others.

Basketball’s Bounce
The b-ball segment dominated the conversation this year and helped lift key sneaker purveyors such as Foot Locker. And while signature shoes from Swoosh athletes LeBron James, Kobe Bryant and Kevin Durant burned up the shelves, Adidas lodestar Derrick Rose was knocked out of play for the second season in a row. Also buzz-worthy: Spalding’s plan to launch a line of performance and lifestyle kicks and Li-Ning’s ongoing partnership with Dwyane Wade.

Retailers Unite
Major shoe merchants set aside their competitive instincts and partnered in earnest. For instance, through a gig with Macy’s, Finish Line has assumed control of the department store’s athletic business and is rolling out branded shop-in-shops in, ultimately, 450 Macy’s doors. And JCPenney, for all its troubles, continued to count on the Aldo-produced Call It Spring shop-in-shops.

Crossing the Pond
The British are here and gaining force. This year, U.K.-based shoe authority Kurt Geiger inked an exclusive deal to launch its brands in top Nordstrom doors. Meanwhile, the Shellys London brand returned to market for fall ’13, and Duchess-approved L.K. Bennett carried on with its march across the States, opening several new retail doors.

Men’s Mania
And here we thought 2012 was the Year of the Man — our mistake. The zeal for menswear lost no steam in 2013 and will gain some extra fuel next year as brands such as Casadei, Modern Vintage and Matt Bernson bow footwear lines for guys.

Home Makers
High tariffs and rising costs in China have led to a rebirth in domestic shoe manufacturing. This year, Justin Brands acquired a Maine factory that makes handsewn shoes; and New England Footwear, owner of GoLite sneakers, announced plans for a facility in rural New Hampshire. Most significant, though, Elan-Polo Inc. teamed with Wal-Mart Stores Inc. to establish an injection-molded footwear plant in Georgia, illustrating that even the mass channels favor made-in-the-USA.

The Toms Effect
Toms Shoes founder Blake Mycoskie has proven that philanthropy can also be good for business, and some young brands have taken notice. Women’s label Dimmi will donate all proceeds to medical research, sneaker line Twins for Peace has its own one-for-one model and flip-flop maker Gandys aims to open an orphanage in India.