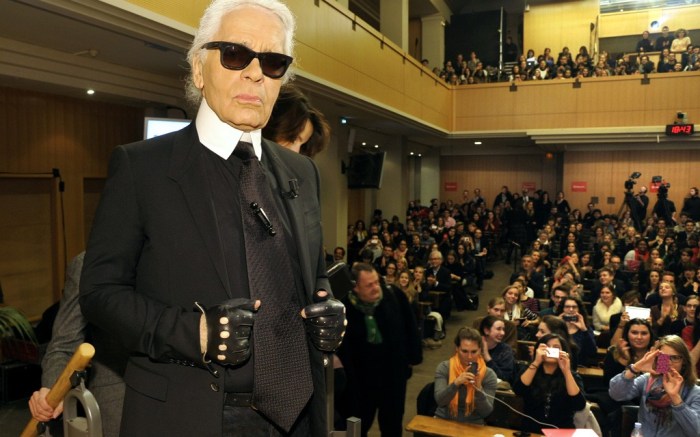 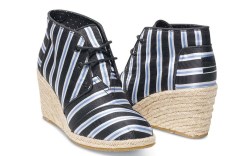 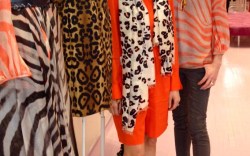 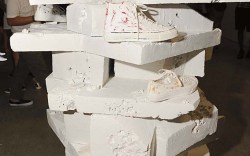 Designers of all kinds came together in 2013 to create footwear that ran the gamut from sparkly sneakers to see-through stilettos.

Melissa + Karl
Lagerfeld The Brazilian footwear brand is known for its imaginative collaborations, but its four-season, global design partnership with icon Karl Lagerfeld (at left) that dropped in March trumped them all.

H&M + Isabel Marant
A VIP shopping event for this highly anticipated union even had campaign model Milla Jovovich dashing for the goods. And U.K. fans waited overnight for the public launch of the collection, which included a strong footwear component and sold out in a flash.

Tabitha Simmons + Toms Shoes
When Simmons and Toms founder Blake Mycoskie joined forces, the result was a deft mix of her signature stripes and his chicest silhouettes (at right). Best of all, the idea came about when the two designers met at the FN CEO Summit in 2012.

Phillip Lim + Target
“Romanced reality” was the theme of this much-lauded, high-low collaboration of men’s and women’s shoes and apparel that dropped in September. “I feel more accountable with this project because it’s not reaching a small, niche market — it’s reaching millions,” Lim told FN at the launch.

Man Repeller + Superga
The mega fashion blogger injected a dose of luxury into an already-hot brand when she put high-end detailing like sparkly tweed and velvet on Superga’s classic sneaker shapes.

Del Toro + Moda Operandi
The hot Miami brand has been looking to grow its women’s business, and it cemented its place in that market with its capsule of ultra-feminine slippers featuring colorful, playful motifs, which are exclusive to Moda Operandi and debuted for pre-order this month.

Rupert Sanderson + Antonio Berardi
Net-a-porter.com got twice the style power when these two fashion names teamed up to create an elegantly embellished holiday capsule offering, exclusive to the e-tailer.