Will Athletic Firms Score During the World Cup? 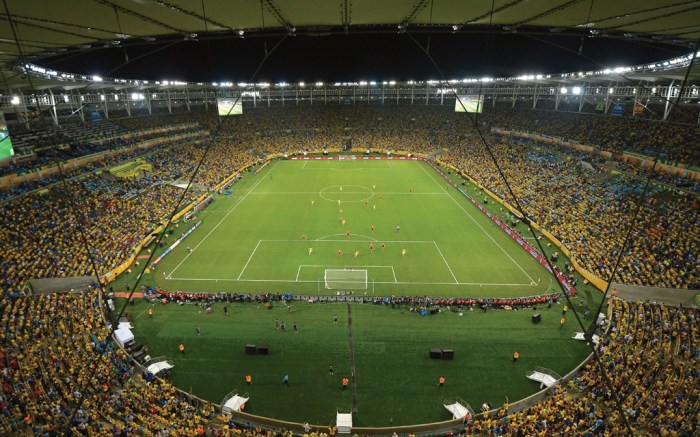 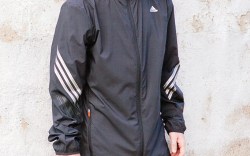 When the world converges on Brazil next summer for FIFA’s massive global soccer tournament, there is more at stake than just a trophy and national bragging rights. There’s money, and lots of it. But economic and political uncertainty in the host country, along with behind-schedule real estate developments, have raised questions about the outcome.

For top athletic firms involved in the event, including Adidas, Nike, Puma and Umbro, the World Cup presents a highly lucrative sales and marketing opportunity.

Official sponsor Adidas has said it expects to generate sales of 2 billion euros (or $2.66 billion at current exchange) in the soccer category in 2014 — a new record for the brand that saw 1.5 billion euros (or $2 billion) in sales surrounding the 2010 tournament.

Nike also has a confident outlook for its fiscal future, thanks in part to the Cup. In a recent earnings call, VP and CFO Don Blair predicted strong growth overall in the months leading up to the event.

But Brazil stands to gain a great deal as well. The Brazilian Tourism Institute anticipates that domestic and foreign tourists should spend $11.17 billion during the 30 days of the World Cup, based on previous spending patterns in 2010 and at other Brazilian sporting events.

And it couldn’t come at a better time for the country, according to experts.

“Brazil’s economy has slowed down considerably,” said Ira Kalish, director of global economics for Deloitte. “It was growing fast for quite a few years and then it ran into difficulties. One difficulty was that inflation became a problem, so the Central Bank tightened the monetary policy. Another problem was that there’s been a recession in Europe and a slowdown in growth in China, which are important export markets for Brazil. That’s had a negative impact.”

Silvana Machado, lead partner for A.T. Kearney’s Brazil unit, noted that the country’s GDP has stagnated. “At the beginning of the year, we were expecting that in 2013 we would grow around 4 percent, but that did not materialize, and now we are expecting [the country’s GDP] to grow 1.7 percent or 1.5 percent, which is not very promising.”

That strained environment has led to unrest among the population. This summer, protests broke out in cities across the country. Sparked by a hike in bus fares, the demonstrations gradually expanded to encompass everything from issues of education and health care to security, employment and the World Cup itself.

“Part of the protests was over the fact that government is spending a lot of money on the facilities for the World Cup,” said Kalish. “People were complaining that if you have that money to spend, why not spend it on things for the poor. The World Cup, in that sense, has become a political issue.”

An estimated 100,000 people clashed with police in late June at the final for the FIFA Confederations Cup, an eight-team soccer tournament hosted in Brazil as a test run for the main event. The protest was plastered across global news outlets, marring what was otherwise an exultant moment for the country, whose home team beat Spain to win the championship.

While no one can predict whether the demonstrations will flare up again, the Confederations Cup did highlight challenges.

“There were some complaints about transportation to go to the games and problems with the tickets in terms of how to get them,” said Meika Nakamura, Euromonitor’s research manager in Brazil. “There are some cities that will host the games and I’m not sure if they’re prepared to, especially in the north of the country. And even in the south — Rio de Janeiro and São Paulo have some issues, too. In cities that are still in development, like Salvador or Manaus, they don’t have the infrastructure to offer good transportation or even security.”

Despite those difficulties, experts have a favorable outlook for the tournament.

“Brazilians are very creative and we always find a way to come out of situations in a very good way, so I’m optimistic that things are going to work right for the World Cup,” said Machado. “The enterprises here in Brazil are very committed to making things work, and everybody understands the importance of hosting such a big event in Brazil.”

For their part, athletic firms are highly optimistic as well. Patrik Nilsson, president of Adidas N.A., told Footwear News the brand’s product and marketing push will begin Dec. 6, 2013, the day of the draw to determine which teams will compete. “We’ll have a full pipeline of products that start to launch right after that,” he said.

In addition to creating the official match ball, Adidas will release a stream of team uniforms and new soccer shoes, including a style with its star athlete Lionel Messi. “He’s obviously one of our key symbols when it comes to this sport,” said Nilsson. “He’ll definitely be in our commercials during the World Cup.”

Similarly, Nike President and CEO Mark Parker told analysts recently, “We remain incredibly excited about the World Cup and all the opportunities around that. This is our time to shine as a brand, and we have some pretty amazing things coming.”

As for whether Brazil’s local uprisings will affect brands’ marketing plans, V.J. Mayor, director of communications for the Sports & Fitness Industry Association, suggested they would not. “I don’t believe our members [of the SFIA] are going to get involved [by addressing the social unrest]. They’re going to treat it like any other World Cup,” he said. “As much as they can, they are going to stay out of the political realm.”

But if protests continue next year, he added, it could impact ticket sales and attendance for the games, especially for families.

Also, athletic labels will need to address certain issues, pointed out Matt Powell, an analyst with SportsOneSource. “In terms of the security for things, the brands have to be very concerned about the unrest there. They invite a lot of guests to the games and, of course, they have their athletes and executives there as well,” he said.

In the end, however, sports firms could reap numerous benefits from the 2014 location. “Brazil is seen as an emerging market, so it will be a great event for brands to introduce or reintroduce themselves and gain a greater foothold in South America,” said Mayor.

And there is still hope that it could help fuel the small-but-growing soccer industry in the U.S. “The time zone in Brazil compared to the U.S. is close compared with last time, in South Africa, when games were in the middle of the night,” said Nilsson. “Brazil is really looked at as the mother of soccer and it’s a religion there. That’s going to translate very well to the U.S. marketplace.”

What does it take to host the World Cup?

• The total cost of the World Cup is pegged at $12.35 billion, with $9.89 billion from federal, state and municipal governments, and the remainder from private resources.

• Among the projects undertaken are improvements to airports, transportation, security and telecommunications, as well as construction on the 12 participating stadiums, six of which are completely new.

• Work on the sports facilities is set to be complete by Dec. 31, 2013. However, many of the other infrastructure projects are reportedly behind schedule.

• Construction on the stadiums is between 70 percent and 90 percent complete, according to FIFA, though to meet deadlines, the organizers are trimming some design elements, including the retractable roof on the Baixada Arena in Curitiba.

• Roughly $150 million has been spent to add a new terminal and carpark to the Eduardo Gomes Airport in Manaus. Its annual passenger capacity should increase to 13.5 million from 6.4 million.

• Brazil’s Ministry of Tourism is undertaking 1,600 projects for the 2014 World Cup.