Why Europeans Are Migrating to the U.S. 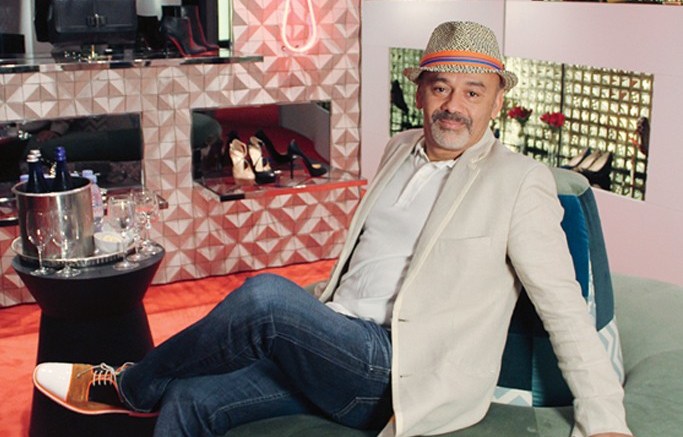 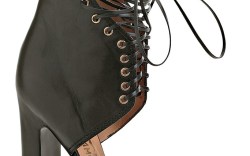 For European shoe labels, the U.S. keeps getting hotter.

While brands from Italy, France, the U.K. and other countries have long turned stateside to drive sales, the market recently has become an even bigger draw. That’s due to struggling economies overseas and the fact that shoes continue to be a must-have item for consumers here.

“The stability of the American market is a lot more attractive [to European footwear firms] than the volatility we’ve seen in Europe,” said Marshal Cohen, chief industry analyst for The NPD Group Inc. “Whenever you have the opportunity to find growth in a post-recession environment, it’s much easier to get growth outside your borders — the borders of your own business and also the borders of your own country. [Because of that], you’re seeing a large number of brands trying to penetrate the U.S. consumer [market].”

Fashion houses that are well established in this country are benefiting as well, charging ahead with renewed confidence. Salvatore Ferragamo SpA, for one, touted a continued “solid growth trend,” with revenue up 19 percent here during the first quarter and footwear as one of its top-performing categories overall. Meanwhile, Tod’s SpA reported a 31 percent increase in the Americas, boosted by its robust Roger Vivier business.

Christian Louboutin, already a star player in the States, has bigger growth plans, according to COO and GM Alexis Mourot. The label opened its first American shop-in-shop at Saks Fifth Avenue in New York in June and is looking to bow similar boutiques in other department stores across the country. Louboutin’s expansion strategy also centers on adding to its own freestanding door count in the U.S. (currently at 12) and pushing its fast-growing men’s business.

“The U.S. has been our No. 1 market for a long time, and it is still very, very attractive,” Mourot said. “From a global perspective, it’s very important for European brands to realize they have to be in this market. If you are a European brand and you are not strong in the U.S., it is very difficult to [succeed].”

Kurt Geiger CEO Neil Clifford noted his London-based label sees room for growth in both wholesale and its own U.S. retail outlets. The firm has an aggressive goal of $100 million in sales by 2016 and will get a boost for fall ’13 from its Nordstrom launch, which marks the 50-year-old brand’s first department store appearance here. Plans also are underway to double the network of Kurt Geiger boutiques, currently numbering three in America.

“It was the perfect cocktail of timing and opportunity,” Clifford said of the stateside push. “We were always a little bit scared of America because you can’t mess it up; you’ve only got one chance. Then, of course, we partnered with [The Jones Group Inc. in 2011] and they gave us the confidence and, frankly, the help, support and knowledge to come up with a strategy.”

Many newer players are heeding the call to find their niche in America. Asos.com, a 13-year-old e-tailer that caters to fashion-forward, 16- to 34-year-olds, established its presence here just three years ago, but it has seen significant success.

“The U.S. is the fastest-growing market for Asos, with 59 percent growth in the last quarter,” said U.S. SVP Matt Hiscock, citing the country’s robust e-commerce landscape and appetite for British fashion. “We are happy with the performance here and expect it to continue, hence the commitment we’ve made [by establishing] an office in New York. [Footwear] is a key category for Asos and something our customer tends to purchase first if they are [new] to Asos [or] to online shopping in general. We see great potential to further develop our footwear business in the U.S.”

Franchise firm Retail Group of America is bullish as well. The company is plotting a stateside rollout of 12 of its existing French, Spanish, German and British contemporary brands.

About half of the incoming labels, including German brand New Yorker and U.K.-based Lipsy, have footwear as a significant component, and RGA aims to bow approximately 10 standalone stores for individual labels in malls across the country by mid-August.

“This is the perfect time to bring some European newness to the U.S. market,” said RGA CEO Aaron Eisenberg, adding that the rallying economy makes it feel like a smart move. “Economies around the world have had their challenges, but everybody still looks to the U.S. to pull them out a little bit. It means validation for a European label to be successful in America. The U.S. always represents the jewel in the crown.”

Dune London, a 21-year-old, U.K.-based women’s footwear and accessories label that bowed U.S. wholesale at FFANY in June, also has big plans. A New York flagship, shop-in-shops and e-commerce are all part of its agenda for the next several seasons. Daniel Rubin, owner and executive chairman of Dune London’s parent company, Dune Group, said he is confident the label will do well here.

More broadly, Italy’s footwear manufacturer’s association aims to help more than 27 Italian firms target new opportunity at FN Platform in August. The group, which for the second time will have a dedicated presence to display wares at the show, has been pushing America heavily due to the economic uncertainty in its home market.

Similarly, the British Footwear Association is banking on trade shows to broaden its reach. It pushed its visibility at FN Platform in February with enhanced advertising. As a result, 31 British brands under its umbrella garnered $2.2 million in business at that event— a U.S. record for the group. “Because the euro zone is not having the greatest of times, people are looking at America as, commercially, a more interesting market,” BFA CEO Richard Kottler said, noting that U.S.-based buyers seem to respond to the influx of U.K. offerings. “The enthusiasm is just bubbling along here, and we want to seize the moment.”

Still, it’s not an easy market for any footwear label, he acknowledged. “You have to show enormous persistence and back it up with a lot of marketing,” Kottler said.

Christian Louboutin’s Mourot pointed out that there are complex issues to consider, especially on the financial side.

“Americans are obviously very interested in European brands and they still value the manufacturing when it is made in Italy or made in France,” Mourot said, “but currency has been a little tricky in the last couple of years. If the [euro] goes up by 25 percent, you could have such a big difference in retail price that the customer says, ‘What’s going on? Why is it becoming so expensive?’ That’s a tough one because it’s difficult to explain to the consumer that the price didn’t change but the currency changed. Even if they understand that, they still say, ‘Oh, my god, that’s quite expensive.’”

Goffredo Fantini knows those challenges first-hand. The Italian designer launched his label in the U.S. in 1994, quickly garnering a strong recognition, but he withdrew from the States during the height of the recession in 2008. Last year, he came back with two lines — Goffredo Fantini and Materia Prima — and is bullish on the prospects.

“Now is probably the best time to return to the U.S.,” said Fantini, who is focused on wholesale but hopes to eventually reopen his Manhattan flagship, which shuttered in 2005. “This country is exciting. We see signs of optimism, and the U.S. will be the first market to [recover].”

NPD’s Cohen predicted that other European players will latch on to that idea. “I tell all my U.S. clients they need to step it up, not only to compete against the American brands but the European brands,” he said. “We’ve entered into a less possession-[driven] period of time because of the recession, where it isn’t about the car you drive, it’s about the style you have.”