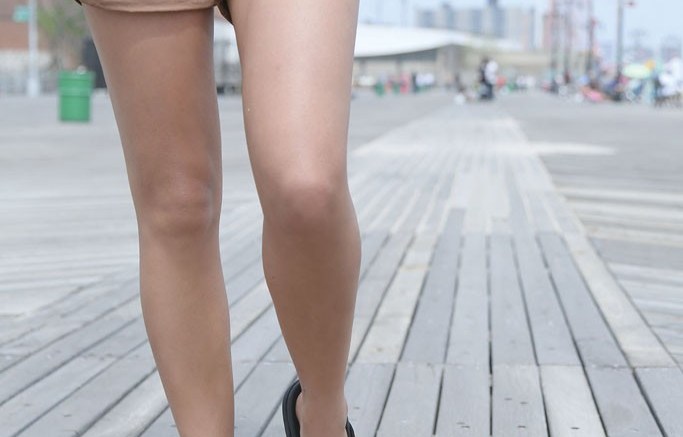 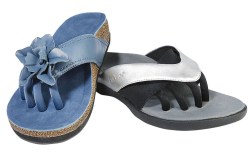 Wellrox is carving a niche in the wellness arena.

The brand’s novelty sandal collection, featuring a therapeutic toe-separator technology, launched in spring ’13. Since then, the New York-based label has caught the attention of retailers and the medical community with its patented GRABS system — for grip, relief, alignment, balance and support — that allows the toes to spread when walking.

The technology was born out of sister brand PediCouture, a line of EVA toe-separator sandals created to provide the perfect pedicure. After a meeting between brand founder Stuart Kalinsky and doctors and staff from the New York College of Podiatric Medicine to determine the therapeutic benefits of toe separation, Kalinsky was encouraged to adapt PediCouture for a line of footwear. According to Kalinsky (now president of Wellrox), the experts noted that exercising toes in this manner aids in realigning foot structure and strengthening the feet.

To bring the product to market, Kalinsky teamed with veteran shoe importer Selim Dushey, CEO of Wellrox. Together, they developed a collection of men’s and women’s fashion sandals that incorporate foam toe separators covered in a blend of nylon and spandex. Included in the offering are the Terra, a suede footbed style that combines an EVA midsole with cork-like polyurethane bottom; and the EVO, designed with an EVA footbed. Both retail from $60 to $115. Wellrox will introduce a cork-bottom version for spring ’14.

The brand already has garnered shelf space in comfort and fashion retailers, such as Orva in New York, Littles in Pittsburgh and the Foot Solutions chain. However, Kalinsky and Dushey emphasized distribution will be focused on independents whose sales associates can explain the Wellrox story to customers.

At Littles, owner Joel Sigal said his staff has boned up on Wellrox’s features and relays the information to customers. “Most people looked at the sandals but didn’t [understand the technology],” said Sigal, who has reordered for spring ’14. “Our associates go all out to explain and encourage [shoppers] to give them a try.”

However, he added, Wellrox’s success extends beyond its comfort factor. “We initially sold them to a granola-ish group, but what surprised us was their appeal among more-fashionable consumers,” said Sigal, noting further interest among the pedicure crowd. “They thought it was a big deal. Now they’re wearing them all the time. And [the sandals] look fun on the foot.”

Wellrox’s quirky design also caught the attention of Austin, Texas-based retailer Karavel Shoes. “At first, people were picking them up and asking about them,” said women’s buyer Heather Johnson. “[Consumers] were curious because they’d never seen anything like it. That’s how they started selling.”

During the first week, the store sold seven pairs, said Johnson. Based on the initial reaction, she will continue with the line for spring ’14, going from eight SKUs to 12.

Kalinsky, himself, has spent time on the selling floor at Harry’s Shoes in New York and at Orva. “Women are not used to separating their toes,” he said, “so customers were skeptical at first. They need to wear Wellrox for one to two hours at first and feel the difference.”

Though toe separation has its benefits, Wellrox’s executives can’t make any formal therapeutic claims without the backing of professional research. Dushey said the brand is now conducting studies with the medical community to show the health and wellness benefits, and has applied for American Podiatric Medical Approval. “We’re in the testing stages for clinical endorsements,” he said.

And the duo also is expanding PediCouture, which is sold through spas, beauty salons and online at Beauty.com. Priced from $25 to $35, Dushey said the brand ultimately could drive business for Wellrox. “Once women become familiar with the concept, they could be future customers for the more expensive Wellrox,” he said.

Additionally, growth could come from a broader market. Kalinsky and Dushey are setting their sights beyond wellness and beauty, looking at the fitness market for a third label under parent company Wellrox LLC. YogaCouture, a collection of EVA sandals launched in spring ’12, also features the toe-separator system. “We’re branching out,” Kalinsky said. “The concept is important for everybody.”