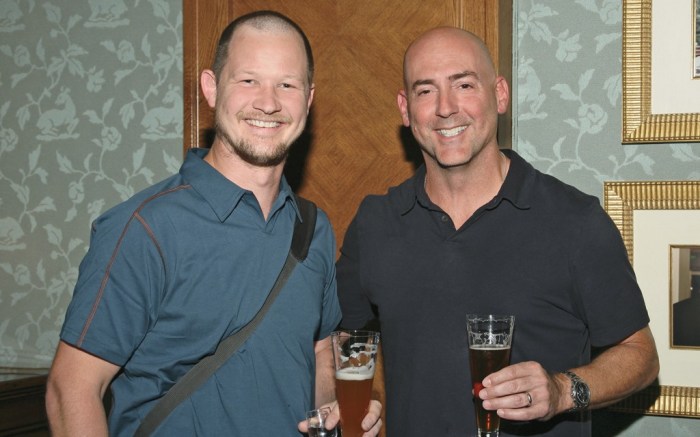 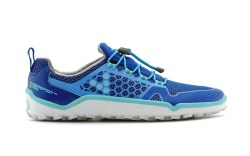 After closing its U.S. offices at the beginning of the year in favor of a distribution agreement, the London-based company is seeking to grow its wholesale business here, as well as broaden the casual and lifestyle side of its offering, according to managing director Galahad Clark.

“We’re a $6 million business in America, and as we grew we had a decision to make,” he said of the firm’s recent strategy shift.

Additionally, plans to increase the brand’s penetration in the independent footwear channel helped spur the move. “We do want to grow the lifestyle business [as] we think it’s a big opportunity, and that’s sort of [Libonati’s] thing, so it was just a good fit,” Clark said.

Steven Libonati, president of Ralph Libonati Co., was equally upbeat about the match.

“The topic of barefoot shoes is totally compelling to me. As a guy who’s been in the shoe business my whole life, it really stops you in your tracks,” Libonati said. “And I like Galahad: He’s creative, aggressive and not afraid to take some chances.”

Libonati’s mandate is to increase Vivo’s presence in family and brown-shoe stores, and in casual independents.

To support the lifestyle business, Vivo has several product initiatives in the works. New styles from its collaboration with nonprofit Soul of Africa (headed by Clark’s father, Lance Clark) will deliver for spring. And after a soft launch for fall, a line of hand-cut, made-in-Portugal men’s and women’s dress styles, called Handcut Barefoot Luxury and retailing from $275 to $325, will get a wider debut for spring ’14.

“We have a big demand for shoes people could wear with a suit, but it’s still 100 percent the same [barefoot] principles,” Clark said.

But developing the lifestyle business doesn’t mean the brand plans to move away from performance — or abandon its barefoot-is-best philosophy.

“We’re as dedicated to the core philosophy as ever. If anything, we’re getting more deep and clear about what we stand for,” Clark said. “For me, it’s a 50-50 thing between lifestyle and performance — [performance] gives us the credibility that says we know what we’re talking about.”

Robb Finegan, co-owner of Portland, Ore.-based store FitRight NW, said he has carried Vivo’s performance products in the past and is testing the brand’s lifestyle offering.

With the improved, more competitive pricing, Finegan said, “they have some pretty cool casual stuff.”

“The line has grown since Libonati took it over. The catalog is more informative, the sales reps [know] what’s going on around the country, which helps a lot. They’re business people,” he said.

And while Tip Top Shoes carries both performance and casual styles, Wasserman said the lifestyle portion is a strength.

“It’s a good brand and we’re hoping to develop it,” he said.

For Clark, the U.S. — which accounts for a quarter of the brand’s business — could be a bright spot in the future.

“We’re a small business in America, and when you’re that small, you can record great growth,” he said. “We have fantastic loyalty and customer retention, so the challenge now is acquisition.”