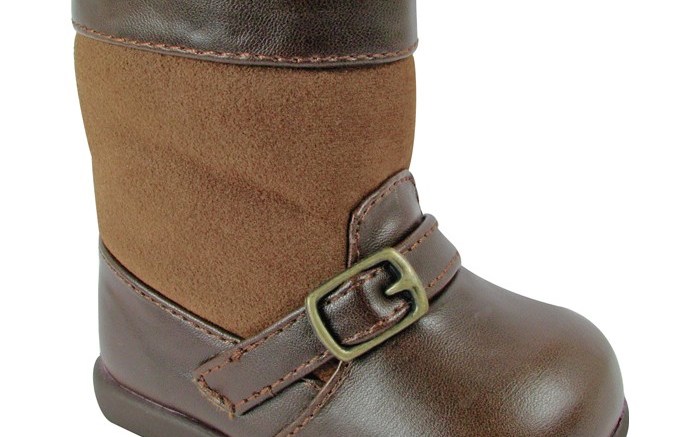 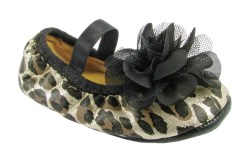 Trimfoot is expanding the playpen.

After first making its mark in the infant and toddler shoe market with the Baby Deer brand 75 years ago, the company is now focused on broadening its retail coverage and building a global business for its six in-house brands, including Wee Kids, Natural Steps, School Issue, Dance Class and Designer’s Touch.

“Looking outside the U.S. has been the biggest push for new markets,” said President Steve Stroup. “We have a strong U.S. placement, but we want to grow more in Canada, Central and South America, and Europe.”

The Baby Deer and Natural Steps brands are pursuing international expansion in England, France and Spain.

Meanwhile, Dance Class has been leading the overseas push with a large retail presence in Australia. The label, which launched in 2002, specializes in everything from ballet to jazz and tap shoes.

Stroup said Dance Class is posting year-over-year sales growth of 10 percent to 15 percent, largely due to its lower price point.

“We realized [consumers] didn’t have to pay high dollars for the footwear,” said Stroup, who set out to craft a more affordable dance shoe. “It’s one of the most explosive [launches] we’ve had in our history.”

Back at home, the company’s School Issue brand, which launched in 2004, continues to deliver strong results. Over the last three years, the brand has seen year-over-year sales increases of 50 percent to 70 percent.

Trimfoot also is attempting to expand its retail distribution base, which currently includes Dillard’s, Lord & Taylor and Macy’s, among others. And the firm will continue to push sales at the independent level as well. Its brands sell in more than 1,000 doors across the U.S., including Shoe Choo Train in Mississippi; Lily Pads in Northport, Ala.; and Majestic Child in Blue Ridge, Ga.

“By far, [Trimfoot’s brands] are among my top sellers,” said Majestic Child owner Paige King, who sells Baby Deer and Designer Touch. “One of the reasons I carry the brands is because customer reviews on the product are phenomenal. The product is made for each stage of the child’s life and it progresses to a sophisticated and trendy look. It’s great product.”

Shoe Choo Train also has had a positive experience working with Trimfoot, with strong sales for Natural Step, Baby Deer and School Issue.

“Trimfoot is a core resource of ours that is reordered constantly. I just reordered last week and have to submit another Natural Steps order tomorrow,” said store manager and buyer Mandy Koop, noting her store has a close working relationship with Trimfoot. “Our rep, George Mustafa, is like family. He brings all the shoes to the store to place orders for the next season, which take some of the stress out of ordering at market. He is like an old friend you grew up with. He’s extremely genuine and a pleasure to work with.”

But the success of Trimfoot’s branded business has been a learning process a century in the making.

“Looking back over the past 100 years, [we’ve learned that] a company needs to be flexible and react quickly,” said Stroup. “And don’t be afraid to test new ideas.”

Those product tests — both old and new — are important to the company. All its new infant shoes are tested and worn for two weeks at a time, while mothers are asked to complete product reviews. “When you’re dealing with infant and toddler product, it’s important to put in the extra [time and tests] to make sure every shoe is ultra-safe and the right quality,” said Stroup.

That testing process also sets the company apart from other players in the marketplace. “When I entered in 1985, our competitors were limited, but as more people enter the category we have to be the leaders,” he said. “Our development [process] and quality make us different.”

But there have been some challenges along the way. Natural Steps, for example, was initially launched in 2004 as a kids’ brand. But after slow sales, the company went back to the drawing board and relaunched it in 2008 as an infant and toddler line.

“We re-examined the brand and refocused it, and it started being successful rapidly,” said Stroup.

Moving forward, the firm plans to dive deeper into social media marketing and will continue with a Facebook Friday giveaway contest for Baby Deer. And while Trimfoot has always shied away from traditional print advertising, it has found success with signage and in-store displays.

“You don’t go to the store to buy baby shoes — it’s more of an impulse buy because they are cute and it adds to the purchase,” said Stroup.

Additionally, the company does not have any immediate plans to add new brands to the mix. Instead, the team will work to grow the labels already under the Trimfoot umbrella.

“When you launch a brand, you find an opportunity and a niche that you think can be successful,” said Stroup. “For now, we’re staying with our core brands and the success that we’ve had.”