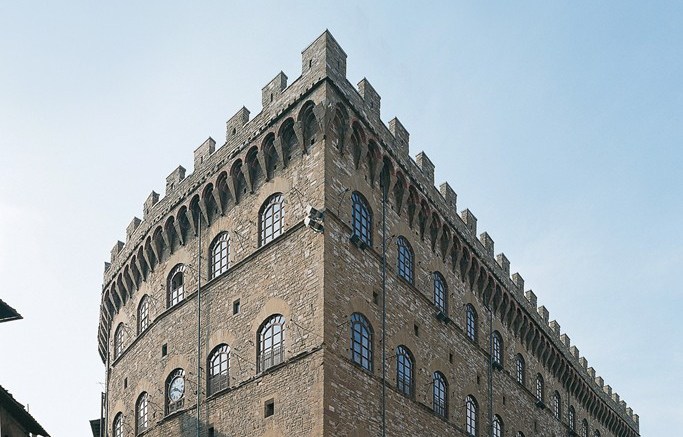 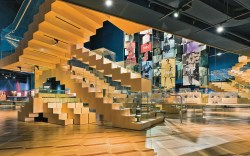 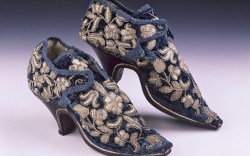 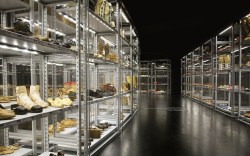 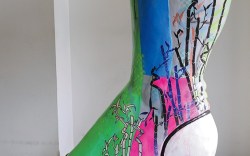 As consumer demand for footwear styles continues to drive the fashion market, it’s also fueling an interest in shoes from bygone eras. And across the globe, shoe museums are doing their best to keep footwear history alive.

Valerie Steele, director and chief curator at New York’s Museum at the Fashion Institute of Technology, noted that next to impressionist art, fashion exhibits attract the most museum visitors. “Shoes are the biggest draw,” she said. “People are fascinated by shoes more than any other item of fashion. They’re special extensions of the body.”

According to David Mackintosh, leader of the Northampton Borough Council, which oversees the Shoe Museum at the Northampton Museum & Gallery in England, shoes represent unique historical artifacts that reveal the ways in which people lived and the larger social trends that influenced design. “[Shoe archiving] showcases social life and how people developed,” he said. “We can see it in different [historical] eras, from ancient Egypt to modern day.”

Here, Footwear News opens the doors on some of the world’s top shoe museums and offers armchair travelers a glimpse at their legendary collections.

Dutch Leather & Shoe Museum
Location: Waalwijk, The Netherlands
History: Founded in 1954 in a former shoe factory
Yearly visitors: 22,000
Collection: More than 11,000 items, including children’s and adult footwear. Additional exhibits include a 19th century shoemaker’s workshop; 1870s tannery specializing in sole materials; and working shoe machinery from the 19th and 20th centuries.
Most exotic item: A topless shoe by American designer Beth Levine. Constructed without an upper, it was meant to be worn glued to the bottom of the foot.
Oldest shoes: Fragments of ancient Roman shoes
Most unusual acquisition: In 1917, a Dutch magazine published an article about a private collection of historical and ethnological shoes. In the 1990s, several of the items mentioned in the story were found in a research facility in Waalwijk that specialized in shoe and leather production.
Priciest artifact: Pair of late-16th century women’s shoes acquired at a Paris auction for $3,000

International Shoe Museum
Location: Romans, France
History: Opened in 1950 by Marie-Madeleine Bouvier, founder of Empi & Riaume, a folkloric music and dance group. The museum is based in Romans, known for its leather and shoemaking heritage.
Yearly visitors: 40,000
Collection: More than 16,500 objects spanning 4,000 years of shoemaking and fashion history.
Most exotic item: Australian witchcraft or rainmaker shoes from the 20th century. The base of the shoes are made of braided human hair soaked with blood, while the tops feature spun rope interspersed with emu feathers.
Oldest shoes: Egyptian sandals crafted of papyrus fibers, circa 1500 B.C. to 1085 B.C.
Most unusual acquisition: Feather shoe made by Yantorny Pierre in 1912. The pointy-toe style with a Louis XV heel is covered with small red bird feathers from Japan that appear to change color depending on the light. The shoe took six months to create.

Museum at the Fashion Institute of Technology
Location: New York
History: Since 1969 the museum has curated items for footwear-specific exhibitions and for inclusion in more general fashion retrospectives.
Yearly visitors: More than 100,000
Collection: Roughly 4,000 pairs dating from the 1700s to the present. With a focus on contemporary footwear, the archive highlights high-profile designers including Manolo Blahnik, Alexander McQueen and Christian Louboutin.
Most exotic item: A look created by contemporary Dutch ready-to-wear designer Iris van Herpen. Due to Herpen’s avant-garde style, the museum considers her among the most exciting new shoe designers.
Oldest shoes: Green silk damask women’s shoe made in England circa 1775, acquired in the U.S. at auction from an antique clothing dealer
Most unusual acquisition: A pair made exclusively for the museum by Christian Louboutin, based on shoes he created for a 2008 Rodarte runway collection

The Shoe Museum at Northampton Museum & Art Gallery
Location: Northampton, England
History: The museum was founded in 1865 and added footwear in 1873 through the efforts of local shoe manufacturer Moses Philip Manfield.
Yearly visitors: 84,000
Collection: More than 12,000 shoes, in addition to buckles, laces and shoe horns; advertising materials and trade journals; and shoe-related paintings and prints
Most exotic item: KubKahs or quabquabs — wooden stilted clogs often as high as 2 feet and inlaid with mother of pearl. Worn by wealthy women in the Ottoman Empire, they were designed to keep feet clean inside and outside the bath house, as well as protect from its heated floors.
Oldest shoes: Framed pair of Egyptian mummy soles made from linen and gesso dating back to 1000 B.C., discovered in 1860 at Thebes
Most unusual acquisition: The Elephant Boot, canvas and leather boots made by Lotus Ltd. Worn by Jumbo the elephant in a 1959 re-creation of Hannibal’s invasion of Italy in 3 B.C.
Priciest artifact: Queen Victoria’s wedding shoes for her marriage to Prince Albert in 1840

SONS (Shoes or No Shoes)
Location: Kruishoutem, Belgium
History: In May 2009, Dirk Vanderschueren, chairman of Belgium footwear firm Cortina Group, created a shoe experience inspired by his love of art and passion for the footwear business.
Yearly visitors: 6,000
Collection: Permanent exhibits include the Artist’s collection of 1,500 objects, in which famous artists have transformed their footwear into works of art. In addition, there are shoe-related texts and cartoon drawings; a 3,000-pair Ethnographic collection curated by museum foundation director William Habraken; and a designer collection with 300 pairs, including items from the mid-19th century.
Most exotic item: An early-20th century men’s thick-soled sandal from Brazil’s Amazon region, constructed of tapir hide soles and rope string uppers
Oldest shoes: A pair dating from about 10,000 B.C. The pair, found in the southwest U.S., is made of braided yucca leaves.
Most unusual acquisition: Men’s sandals from the Okaukuejo Himba Tribe in Namibia. The tribe’s elderly chief declined Habraken’s offer of money for the sandals since it meant he would have to make a new pair. He later agreed to swap them for a pair of Nikes.
Priciest artifact: Boots made in Iran of woven gilded silver wire
Most difficult purchase: Chinese 3-inch San-Zun Jin Lian Lotus shoes on Huapandi stilts, designed for women with bound feet

Though small, these specialized collections provide a unique look into shoemaking’s past.

Museo Salvatore Ferragamo
Florence, Italy
Established in 1995 by Salvatore Ferragamo’s wife, Wanda, and her family, the museum follows the work of brand founder Salvatore Ferragamo from 1927 until his death in 1960. Housed within the company’s headquarters in the former Spini Feroni Medieval palace, the collection draws on an archive of 13,000 original shoes, lasts, photos and working documents. In addition to Ferragamo’s work, there are samples of footwear produced by the company after his death until the present. The museum also sponsors exhibitions, seminars and events. To cultivate future design talent, it holds a shoe competition allowing the public to submit their work via its website.

Marikina Shoe Museum
Marikina City, Philippines
Founded in 2001, the museum today focuses on the region’s footwear history, dating back to the 1880s. The shoe industry in the area was developed through the pioneering efforts of local landowner Don Laureano Guevarra, who began experimenting with shoemaking when he could not find someone capable of repairing his own imported shoes. He hired fisherman and farmers during the off season to work in his new shoe factory. Included in the museum are 800 pairs from former First Lady Imelda Marcos’ collection and traditional shoes from around the world. Components and tools are also on display, in addition to entries to city-sponsored shoe design competitions.

Temple University School of Podiatric Medicine Shoe Museum
Philadelphia
Created during the bicentennial as an added attraction for visitors to the city, the footwear exhibit displays roughly 300 pairs of the archive’s 900 shoes, dating from the 19th and 20th centuries. Among the highlights are Egyptian burial sandals circa 200 B.C. and a pair of 200-year-old French sabots (wooden shoes). Contemporary items include platform shoes donated by actress Sally Struthers from the TV sitcom “All in the Family.” In addition to footwear, the collection includes literature on the history of foot care and podiatry.