Teva Reconnects With Styles That Made It Famous 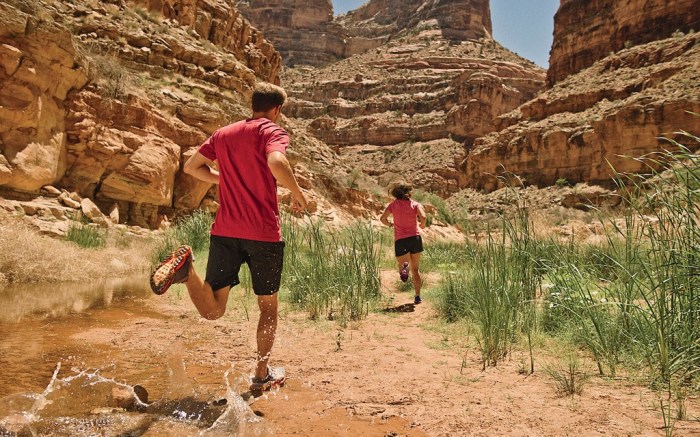 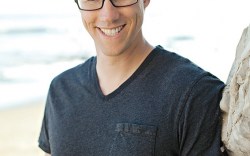 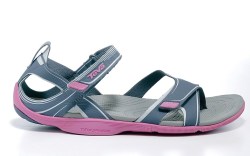 As Teva prepares for its 30th anniversary next year, it’s celebrating sandals.

After downplaying the foundational sandal business for several seasons to highlight its emerging closed-toe collection, the brand is fêting the style that started it all: the Original Universal. According to Joel Heath, president of Teva, which is owned by Deckers Outdoor Corp., the time is right to embrace the past while looking to the future.

“Our strategy is to root ourselves in the things we’ve always stood for: the inspired utility of the Universal strapping sandal,” he said. “At 30 years, it’s a great time to go back to our roots and the Original and make that fresh again.”

But the milestone is not just about product, although the label also will feature an expanded Originals collection and further-evolved, tech-focused Tevasphere line. At the end of the year, Teva will open its first branded retail location in the U.S. And in 2014, it will add incentives for core brick-and-mortar dealers and re-enter the Chinese market.

The celebration of all things sandal actually began this past spring, when the brand launched a colorful capsule collection of Original styles with Urbanoutfitters.com. It was a fashion play that Heath said sold out in its first month, though it is still available through reorder. For spring ’14, the company will expand the offering to all levels of distribution, including core outdoor shops, big-box stores and fashion boutiques.

The Tevasphere outdoor fitness line will now include looks for both men and women, as well as a new style called the Rally and sandals.

Stateside, retailers said Teva’s newfound focus will be an asset heading into next spring.

“It is a heritage brand that started in the water, and [the people there] understand that,” said Tracy Brunz, director of merchandising management for footwear at Seattle-based retailer REI. “They may branch into new things, but they understand the heritage. That they’re talking about it again is very smart and resonant.”

Added Sandy Cohan, CEO of Maryland-based retail chain Hudson Trail Outfitters, which has carried Teva’s sandals since the brand’s founding, “Teva has worked very hard at being relevant to today’s consumer, with a lot of ingenuity and creativity. It continues to evolve, not just grow.”

Aside from a new appreciation for the sandal heritage, Heath said, Teva aims to grow the closed-toe line to 6 percent of the business, from 2 or 3 percent — a move that should help with seasonal alignment and keep brand awareness high year-round.

As a result, Teva’s SKU count for spring ’14 has been cut by more than 20 percent by eliminating projects that don’t speak to the label’s three priorities: celebrating sandals, growing closed-toe footwear and continuing to reach a younger consumer.

“Our values are the same — inspired utility, versatility and a sense of adventure and travel,” Heath said. “We’ve done a better job of eliminating isolated island projects and finding the line where you blur [it all together]. We don’t have to be different things to different people.”

Teva’s first owned store is set to open on Oct. 3 in Orlando, Fla., a location brand marketing director Erica Brakken said was chosen for its access to tourists from around the world, many from markets in the Southern Hemisphere experiencing the opposite season.

Seventy percent of the store will have outlet prices, offering wholesalers the option to send back excess product. The remaining space will consist of a concept store to display the full collection and test new products.

“We’ll be able to use it for testing to fuel the wholesale market,” Heath said. “We’ll have proof points: This is selling, this is the top color.”

Teva also is set to open stores in China, where its approach will be twofold, said Deckers’ president of Asia-Pacific, Pete Worley.

He noted that in addition to Teva’s own stores, the brand has partnered with Pou Sheng, the retail arm of Taiwanese manufacturer Pau Chen, to relaunch in the market. (Five or six years ago, Teva linked with an underfunded distributor partner and the project was quickly abandoned.)

“[Pou Sheng] is strong on resources and has its own existing multibrand outdoor retail platform, so we can immediately be plugged into [that],” Worley said. “That gives us multiple points of consumer-facing [retail space], which we can then complement with our own e-commerce activities as well as our mono-branded retail activities. It’s a multipronged approach to a gigantic market opportunity.”