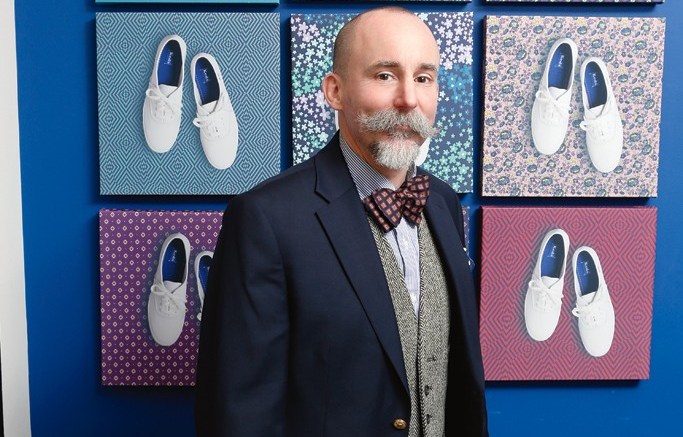 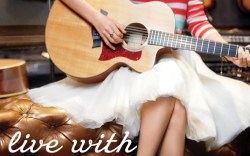 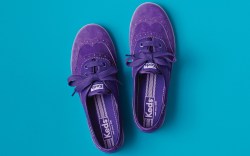 After languishing for several years, Keds is getting a dramatic facelift.

The 97-year-old label, which was acquired by Rockford, Mich-based Wolverine World Wide Inc. last October, has recently unveiled several buzzworthy product collaborations, aggressive international expansion, the launch of an apparel collection and the addition of pop star Taylor Swift as a brand partner.

“We feel very good about where we’re at right now and our ability to bring the brand to where it’s never been,” said Keds President Rick Blackshaw, who joined the team in January 2012 from Converse, where he was the VP and GM of the Chuck Taylor All Star division.

The three-year Swift deal includes a sizeable marketing budget — the team will spend $20 million this year on the project, which includes special product, a recently launched advertising campaign and a major presence on her tour that kicked off last week.

“[Signing] with the biggest global pop star is a massive investment, but we’re making an investment [to reach untapped consumers],” Blackshaw said. “This is really going to drive the momentum.”

“We needed to do something fairly dramatic to grab everyone’s attention,” added Mark Neal, president of the Lifestyle Group at Wolverine.

He noted that the marketing push comes with a renewed focus on fashion-driven product, and the new initiatives are starting to click in stores. “Some of the major retailers are buying into the rejuvenation and the great new story. Rick Blackshaw and his team are executing the vision extremely well,” he said.

Retail partners include Nordstrom, Macy’s and Journeys, as well as a large number of independents such as New York-based Zacky’s.

“The brand is unique in that it’s casual — a comfortable shoe that can be worn every day with a multitude of outfits, and [the customer] doesn’t need to take out a mortgage to have a few pairs in different colors,” said storeowner Zacky Joseph.

Market watchers said the increased visibility is the first step in reinvigorating sales.

“It’s going to take this season of good sell-through to register and build for next year,” said Christopher Svezia, analyst at Susquehanna Financial. “They have a lot of marketing muscle behind [the product], so this is the year for it to happen.”

Here, Blackshaw weighs in on the challenges of revamping a classic brand and what it will take to build momentum.

How did you formulate your brand strategy?
RB: We looked at 2012 as a table-setting year for 2013. We dove deep in terms of consumer research. Last April, we partnered with L.E.K. Consulting for a quantitative consumer survey with more than 1,600 girls. We received a lot of great insight into who is that [Keds] girl. With that came this notion that our [target consumers] has their own opinions and they really want to be heard. We started thinking about them as “brave girls.” We built our positioning and brand promise around that [idea] and when we wanted to find our brave girl to [represent] the brand, Taylor Swift was the No. 1 idea.

The brand has tried to relaunch before. What challenges are you facing in remaking a brand with such a strong heritage?
RB: Looking from the outside, there was a little bit of lack of focus in terms of consumer, gender and age. The brand evolved to some core SKUs that were on a shelf somewhere that were not apparent to the 13- to 24-year-old girl. From a product perspective, we were not focused on our core sneakers. We asked ourselves how we could maximize the Champion style and apply it to other shoes. The challenge is how do we update and make the [product] current and modern. We’ve tried to be very conscious about our competition and find our point of difference. We always have to bring energy to that core silhouette and make it new each season.

How are you doing that?
RB: If we’re going to be about fashion, we need to show that on the shelf. We have a much larger [range] of silhouettes, and our two trends for fall are “cosmic pop” and “new roots.” We have a metallic star and galaxy print, we’re more creative when looking at patterns and materials. Getting new seasonal product out there is critical, and we’ve achieved that objective.

How important is the Taylor Swift collaboration for the brand?
RB: We signed up to be a sponsor of her “Red” tour, which is a really big deal [for the brand]. They are going to have 2 million people there and it’s by far the largest tour for the summer. We’ll have an activation in all the tour spots, signage of [our advertisements] and a pop-up location where we can show the line.

Will the collaboration help you increase distribution?
RB: It obviously comes down to success at retail. We’ve put together some very strong programs with Journeys, Nordstrom and in 150 doors at Macy’s [for apparel]. We’ve been working with Nordstrom for many years, but we’re about growing the amount of doors we’re in, and Wolverine helped us increase that count. You’ll see a lot more of Keds and Taylor [Swift] and her great product at point of sale, more than you ever have seen the brand probably within the last 20 years. We have set some very aggressive goals that we are in line to achieve.

What are some of the other ways you expect to benefit from Wolverine’s backing?
RB: Wolverine as a parent company has two-thirds of its sales outside the U.S. We’ve [had exposure] to many of their distributors internationally over the last two months. Another very large benefit is in the supply chain. At the factory level, we have more power. In terms of leadership, we have a new talent pipeline. Our importance in front of a retailer is [more significant]. It’s meaningful working with such a [large company]. People listen.

Where do you see the most potential globally?
RB: We signed China and Brazil, and we’re looking into Mexico. That’s where we see huge potential. Having the entrée into some really fantastic distributors will help us immensely.

How do collaborations with companies like Madewell and Kate Spade impact the brand?
RB: We’ve always thought that cool brands have cool friends. Kate Spade is like our big sister in many respects. The brand has a gigantic fashion profile and a more-sophisticated consumer. Madewell is another brand that has all those characteristics. We’ve also done a Happy Socks collaboration. This fills out what the brand is about and keeps it in the spotlight from a fashion perspective.

What else will make a mark in 2013?
RB: We’re off to a great start in terms of apparel with Regatta USA LLC, a division of Li & Fung. That’s super important and another means to differentiate the brand. What you’ll see at retail [starting April 1] is super-feminine, flattering and consistent with the footwear. As a footwear company, we’re excited about the notion of [dressing consumers] head to toe.

Where do you see the brand in two to three years?
RB: Once we establish a meaningful connection with [consumers], we have every opportunity to grow that business from the ankles up, and we’re off to a great start.