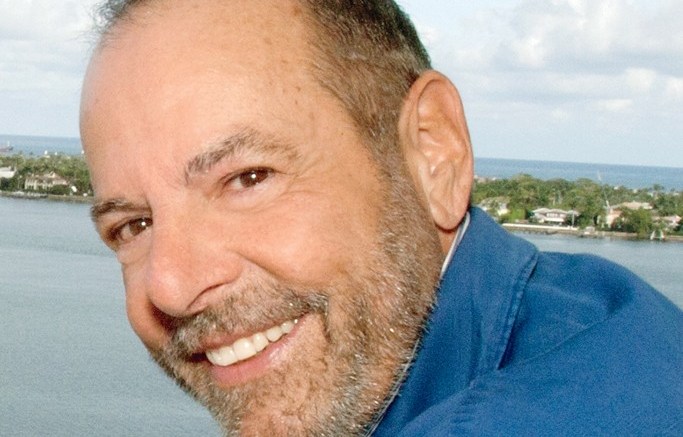 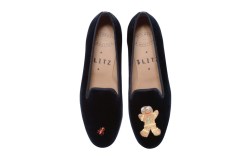 Kanye West is a fan. Marc Jacobs has collaborated on exclusive styles. But Palm Beach, Fla.-based slipper brand Stubbs & Wootton is perhaps best known for its quirky designs that don’t always match the left foot with the right.

The label’s president and founder, Percy Steinhart, told Footwear News that he finds inspiration from such diverse sources as “a sewer cover on a New York street to columns of the Parthenon,” adding that he’s also looked to fashionable personalities like David Hicks, Jacqueline Kennedy Onassis and Carolina Herrera as muses.

That Steinhart is rife with imagination is a good thing for his label, which turns 20 this year. He said, “It has been a great ride, watching the metamorphosis [of our] clientele [from staid] to young and hip, without losing [sight of] our integrity or mission to create the iconic slipper to wear anytime, everywhere and with anything.”

The slipper had humble beginnings as a casual style men in the 20th century would wear around the house after a day spent in muddy workboots. The shoe recently made the jump from lounge item to everyday staple, catching on with women, too, to the benefit of Stubbs & Wootton and competitors such as Del Toro, Hadleigh’s and Charles Philip Shanghai.

“Customers are responding to the smoking slipper because it is a cooler and more modern way to wear a flat shoe. It’s sexy and has a bit of attitude, while ultimately still being very wearable,” said Nelli Terry, VP and DMM of footwear at Bergdorf Goodman. “[It’s] also dressier, fits almost every kind of foot and gives the opportunity for a bit of whimsy with a variety of materials, embroidery and tassels.”

Frank Steinhart, VP of Stubbs & Wootton and Percy’s brother, said, “Women see the slipper as an alternative to the traditional ballerina flat. Nowadays, everyone has a fun slipper in their shoe line.”

High-profile collaborations have helped Stubbs & Wootton communicate a strong message to its consumer base. In addition to celebrity partnerships, the brand produces exclusive women’s and men’s styles for retailers J.Crew and Brooks Brothers Black Fleece, respectively.

According to Frank Steinhart, business has tripled within the last three years. Women’s shoes make up 60 percent of sales at Stubbs & Wootton, and men’s, 40 percent. The brand operates flagships in New York, Palm Beach, Fla., and Southampton, N.Y.

The privately held label is enjoying momentum globally as well. Frank Steinhart recently returned from Hong Kong, where luxury retailer Lane Crawford set up a pop-up shop for the brand. And Stubbs & Wootton has launched a limited-edition collection featuring collaborations with international personalities such as Julia Restoin Roitfeld and Hidetoshi Nakata.

Peter Harris, president of Pedder Group, which operates the shoe departments for Lane Crawford, said Stubbs & Wootton’s quirky designs for both feet — such as a picture of a screw and the letter U, or two halves of the word “clever” — appeal to his customers. “I see the brand having a strong place in our mix,” he said. “What started out as a small purchase has grown into a substantial placement with planned growth through additional store inclusions for the [fall season], including Southeast Asia and China stores.”

Frank Steinhart said the Lane Crawford pop-up marked a successful debut for the brand’s men’s shoes in Hong Kong, though women’s styles have been retailing at the chain for three seasons.

“The pop-up was an amazing opportunity for us to strengthen our brand and appeal to a broader and younger customer base as the [launch] event was very edgy,” he said.

The experience has fueled Stubbs & Wootton’s desire to reach more markets. Its wholesale business kicked off two years ago, in Russia, Ukraine and Japan.

Now the company is looking into South Korea, the Middle East and mainland China. Distribution will be limited to luxury department stores, Steinhart explained, because all the shoes are handmade in La Mancha, Spain, and can’t be mass-produced for larger distribution.

“We can’t open ourselves that aggressively to wholesale. We have to be very selective to maintain the integrity of the brand,” the VP said, adding the firm ships about 12,000 to 15,000 pairs a year, with each typically costing at least $400 at retail.

Staying true to the brand’s core competency — the slipper — is the key to its success, said execs. The challenge, however, is to constantly innovate materials and designs to keep what is essentially one style fresh every season.

“We never change the last or the silhouette, but we utilize a variety of colors and lots of motifs for the upper,” said Steinhart.

The executive noted the label recently expanded into other product and style categories, such as espadrilles for both men and women, as well as weekender and duffel bags. Accessories, including small embroidered purses, have been popular.

“We’ve tried handbags, but we were not successful with it. It’s a unique and very aggressive market. These bags may be a complement to our footwear, but they only make up around 10 percent of sales,” said Steinhart. “We are still slipper makers.”