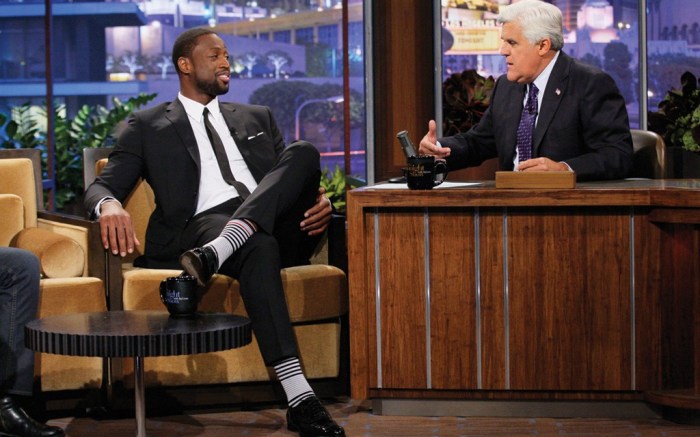 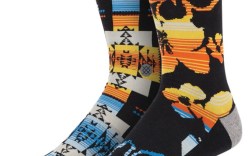 Katy Perry wears them. Pro boarders skate in them. Jay-Z is a financial supporter. With all the attention it has received in such a short amount of time, Stance is fast emerging as one of the hottest sock lines.

And buzz has translated into sales: The 3-year-old label tripled its revenue during the last two years and is on track to do even better in 2013.

“We saw a void in the market, and the sock category overall was being neglected by brands and retailers,” said John Wilson, Stance co-founder and president. “Plus, there wasn’t a cool premium brand that could give the consumer an outlet of expression.”

Starting out in action sports, Stance made a name for itself with funky patterns, bright colors and screen-printed images on socks. Quirky packages, such as mismatched pairs and three-sock “mix-and-match” bundles are also some of Stance’s offerings. Now the brand has cultivated a following in the urban lifestyle and streetwear categories.

“They’ve really changed the marketplace,” said Mickey Nassrin, lead buyer for Inglewood, Calif.-based Millennium Shoes. “Before, it was quite the no-show sock culture, but Stance brought patterns and prints to socks. Others were doing it, but nobody did it as successfully as they did.”

Not only has Stance made a statement with its designs, but it’s also one of the first sock companies to collaborate with artists, photographers, athletes, sports firms and musicians. Collaborators have included the Wu Tang Clan, skateboard maker Shake Junt and the National Basketball Association. Next month, the label will debut a collection with Miami Heat player and Li-Ning brand director Dwyane Wade.

“We’ve always approached things differently because it gives us a reason to exist in the market,” Wilson said. “We all operate under the mindset that the brand is about this uncommon thread of originality and creativity.”

Investors have helped Stance reach its current level. Jay-Z’s Roc Nation is a shareholder, as is Will Smith’s Overbrook Entertainment company, among others. Still, executives at the brand said they challenge themselves to get creative with a limited budget. VP of marketing Ryan Kingman noted Stance relies heavily on grassroots strategies.

“We don’t have a lot of resources for typical marketing, so we have a saying internally: Creativity is our currency,” he said. “We had to come up with creative ways to tell our story and set ourselves apart from other sock lines and other apparel labels in general.”

Utilizing key influencers has been vital to driving consumer awareness. Brand ambassadors come from the realms of action sports, blogging, fashion and art.

“Those platforms have been a fun way for us to do some story-telling around the individuals and the products,” Kingman said. “They’re not just about the product themselves — there’s some depth to the content.”

The way the line is displayed at retail also figures into brand storytelling, Wilson said. Stance’s POS fixtures utilize a vertical hanging system to show a variety of styles while only taking up minimal space on the sales floor.

“Consumers don’t say, ‘I’m going to go sock shopping today.’ It tends to be more of an impulse and add-on purchase,” Wilson said. “We knew it was going to be important to give our brand visibility in the store, as well as in the sock category.”

Millennium Shoes’ Nassrin said Stance has done well in his stores as a complementary item. And, the buyer added, the label’s appeal isn’t just with 18- to 35-year-olds — the products have had good sell-through among babyboomers as well. “Typically these brands always have a good year and then things trickle down,” Nassrin said. “Stance hasn’t slowed. It’s continued to grow.”

Chase Ceparano, buyer and creative director for New York-based boutiques Renarts, Extra Butter and Rise, also said Stance has helped add to sales. “We’ve developed a solid following for the brand among our customers, and they almost always pick up a pair or two each time they stop by,” he said.

Moving forward, big initiatives for Stance include building the women’s line, which launched last year. And this holiday season, the company will bow a performance basketball sock. Other sports categories likely will be added down the line.

As Stance enters new business territories, Wilson is preparing to navigate the challenges that come with rapid development.

“Managing growth with limited resources is the overall umbrella challenge,” Wilson said. “Keeping inventory in stock is hard when you’re growing quickly, but it’s a good problem to have in the grand scheme of things.”