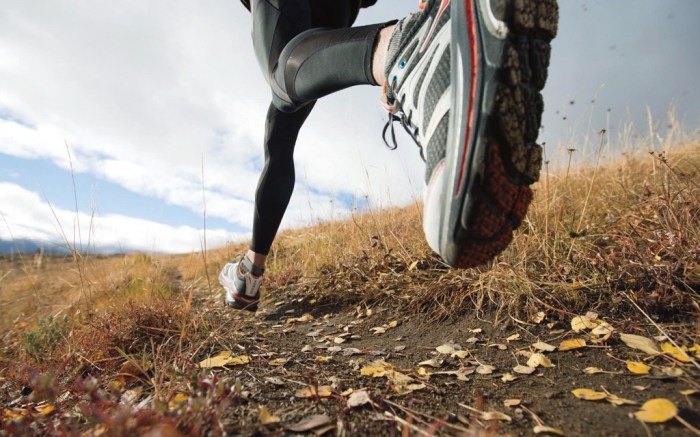 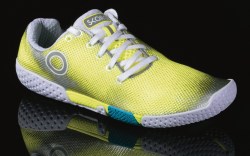 In the hot running market, even the biggest brands have had trouble breaking in. But during the past several seasons, a handful of upstarts have made an impact on the crowded field by taking risks and using their size as an advantage.

Success in the running market means not only fulfilling consumers’ need for highly technical product but also catering to a demanding specialty channel already filled with well-funded, established competitors. As small brands have become equipped to handle the challenges, retailers have become more willing to give them a chance.

“I’m not afraid to take a risk on a different vendor as long as I feel it serves a purpose on my wall,” said Robb Finegan, co-owner of the two Portland, Ore.-based Fit Right NW stores, which have carried Altra, Skora and Newton Running, among others. “What’s nice in the market right now is that the customer is open to lots of different things. If [the shoe] has the requirements they’re looking for, the brand name doesn’t matter.”

Added John Rogers, owner and president of Portland, Maine-based Maine Running Co., which carries Altra, Newton and Hoka One One, “Everybody is making really great product. For a brand to get on the wall, it has to be an incremental business. It can’t cannibalize something else.”

According to Hoka One One President Jim Van Dine, Vibram FiveFingers contributed to this shift in thinking at retail. Before the 2006 launch of the minimal style, he said, “If you weren’t one of the top six or seven [running] brands, you weren’t getting in. But Vibram was such a phenomenon that it opened up consumers, which in turn opened up retailers.”

While store buyers may be more open to less-established names, the hurdles remain high for producing and growing a line from scratch. And money concerns are chief among them.

Van Dine said a lack of ready investment funds slowed growth for Hoka, now owned by Deckers Outdoor Corp. With Deckers’ financial backing, he added, the brand can respond to pent-up demand, adding three to five new accounts a week to its 200-plus store count. “The brand did not have the type of resources to invest in inventory,” he said.

Portland, Ore.-based Skora has been self-funded since launching in spring ’12. And while founder David Sypniewski said he’s open to partnering with investors or a larger label to grow, Skora also has looked to overseas markets to raise capital. “We’ve grown our sales approximately two times what we finished with in 2012, and the bulk of that growth has come from international business,” he said.

Skora has signed distributors in Russia, Japan, the Philippines, South Korea, Scandinavia and France, and is considering further agreements in the U.K. and Germany. Sales overseas help generate revenue, Sypniewski said, and guarantee that the brand can make factory minimums.

Newton Running, based in Boulder, Colo., saw triple-digit growth in its first four years before Boston-based Fireman Capital made a $20 million investment in 2011. The funds have helped the brand grow beyond e-commerce and race expo-only distribution. It’s now a 70-person company with offices in Europe and Asia, and 1,200 accounts around the world.

“It’s a challenge to be a small brand when all the manufacturing and sourcing is dominated by large companies, so one of the things we’ve been able to do is connect to quality suppliers and manufacturers in Asia, who may not have given us much recognition [before the investment],” Lee said. “They were able to help us transition from China to Indonesia, which helps alleviate some of the risk [with more factory stability].”

Swiss company On Running spent quite awhile searching for factories that were receptive to smaller quantities and that could deliver the kind of quality needed to compete with the likes of Nike, New Balance and Asics. “We were looking for [a factory that was] not too big and that was flexible enough to work with us on a constant level,” said co-founder David Allemann. The brand eventually chose two Vietnamese factories and has a full-time team to oversee quality control.

Running startups also must adhere to specialty independents’ demands for a high level of service. That can include offering dedicated tech teams to meet with sales staff, partnering on races and in-store events, and fielding constant requests for reorders and inventory fill-ins. And with the major brands setting the pace, newer and smaller brands have to step up.

To that end, On Running moved its headquarters from Florida to Portland, Ore., and hired full-time customer service for its 170 U.S. doors.

Skora’s Sypniewski said the brand’s size is actually an advantage in this area, as retailers can easily get in touch with his team.

“Our small size enables us to listen to our customers — retailers and consumers,” he said. “We can tweak [the] program and respond quickly, domestically and internationally.”

“Run specialty accounts don’t live with a giant warehouse full of product, so they need [their brands] to get on the phone,” Newton’s Lee said. Knowing that, Newton early on made the unusual decision to hire in-house brand reps, rather than the much more common sales agency. And what started as two reps in 2008 has grown to 26 people dedicated to the running independent channel.

“It’s a lot more expensive. Outside reps are paid on commission, but inside reps need a base to operate on, which makes it more concerning as the CEO. They all have families and kids, so we were taking on a huge responsibility,” Lee said. “It’s not that those [outside] guys don’t do a fantastic job, but our message had to be developed by us. It was a financial gamble that we took, but it absolutely paid off and turned out to be one of the best things we’ve done.”

And to the brands that can surmount the obstacles come the rewards.

“Five years ago, I would have said there was no advantage [to being a new brand],” Hoka’s Van Dine said, “but newness and being an alternative is once again an advantage.”

In particular, labels that can deliver on service while evolving with consumers’ changing tastes will be able to compete with the category leaders.

“In our market, the retailers that have been selling the same stuff are the ones whose businesses have gotten a little stale,” said Fit Right NW’s Finegan, who added that new product is what differentiates the channel. “It’s something special, something you’re not going to see at the mall. Our customer is evolving, and we need to evolve with them, because they’re the ones paying the bills.”