Sloggers Strikes a Chord With Gardeners 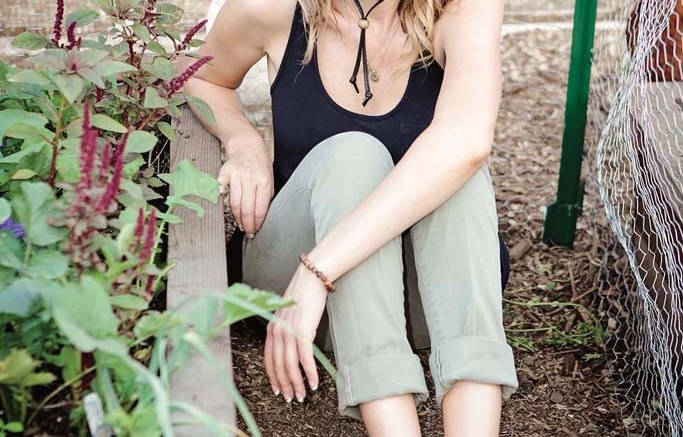 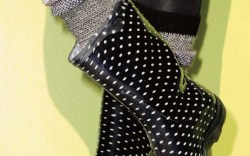 Contrary to its name, Sloggers is making rapid progress.

The waterproof footwear maker, known for its novelty garden clogs and rainboots, attracts consumers with products made in its own backyard. And over the past three years, the Gardena, Calif.-based company has grown 20 percent each year. CEO David Hoyt said he expects to exceed that in 2014.

“I’m seeing a made-in-the-U.S. connection with American consumers much more than in the past,” said the executive, who oversees parent company Principle Plastics, a business started by his father in 1948. “Consumers know how much product comes from China [today]. That’s why it’s so important to give them a choice.”

Principle Products first carved a niche in the 1940s with a clear waterproof women’s overshoe under the name Drizzle Boot. According to Hoyt, who took control of the company in 1995, the style lost ground as injection-molded footwear became popular in the early 1980s. In response to the market shift, Hoyt and his brother Robert, CFO, retooled their factory with injection-molding machinery. “If you’re the last buggy whip manufacturer, you’re in a business that has no growth opportunity,” explained Hoyt. “If we were going to continue in the plastic footwear business, we needed to get into injection molding.”

The company began making a line of colorful waterproof clogs that quickly gained traction among lawn and garden retailers with gift departments. That retail channel now accounts for 80 percent of sales. Even today, noted Hoyt, Sloggers has virtually no competition in the category at its price level of $25 to $40.

Pete’s Ace Hardware in Castro Valley, Calif., has been carrying Sloggers for five years and expanded the offering for fall ’13 with an ankle boot. “Our female gardeners will be excited to have a shorter boot to wear while tending their yard, as well as [to wear] on a rainy day,” said owner Linda Roark, who discovered the brand while at an Ace convention. “The Sloggers representative there was kind enough to sell me a pair of boots, and I was able to actually enjoy two days of rainy weather.”

Sloggers’ biggest challenge, according to Hoyt, remains the seasonality of the business. “We die in the summer because our business in the garden [category] is all spring,” he said, noting the factory is not running at its full capacity of 1 million pairs annually. “There’s no fourth-quarter business, which is a killer.”

Novelty rainboots launched in the mid-2000s to help take Sloggers year-round. Now the hurdle is breaking into the national chain stores that could make the brand a household name.

For Sloggers, domestic production is its strongest selling point — and a financial boon. According to Hoyt, today’s 37.5 percent tariff on rubber products, coupled with the rising cost of rubber materials and freight, has put the company in a competitive position. “Most [imported rainboots] are selling for between $40 and $70,” he said.

And domestic manufacturing has practical advantages, too. “We can do short runs and designs for a specific market,” said Hoyt. “We can get prototypes into production in a very short time with very little capital investment.” Even the novelty fabrics layered under the boot’s PVC shell are printed in Los Angeles from designs licensed from local artists.

To highlight the brand’s potential beyond garden wear, Sloggers has incorporated other activities into marketing materials. Options include dog walking and farm chores, and as a result the company has explored the pet and equestrian markets with designs such as paw prints. (Mainstream retailers already include Amazon.com and the Midwest-based Meijer chain.)

At Gardenshoesonline.com, VP Pete Yager agreed that customers are wearing the clogs and boots for a range of occasions. “Because the shoes are 100 percent waterproof, [people] are wearing them to walk the dog when there is dew on the grass,” he said. And while Sloggers clog sales have been consistent on the site for the past eight years, Yager admitted the category is increasingly competitive as more players have entered the market. “It’s become more difficult with the mega retailers now getting in on [it],” he said.

Still, Hoyt said his collection is suitable for collectors, noting the brand offers a variety of whimsical designs, from florals to polka dots.

“I hear people say they have several pairs,” he said about a category that is typically a replacement business. “They keep one at the back door and a pair in the car.”