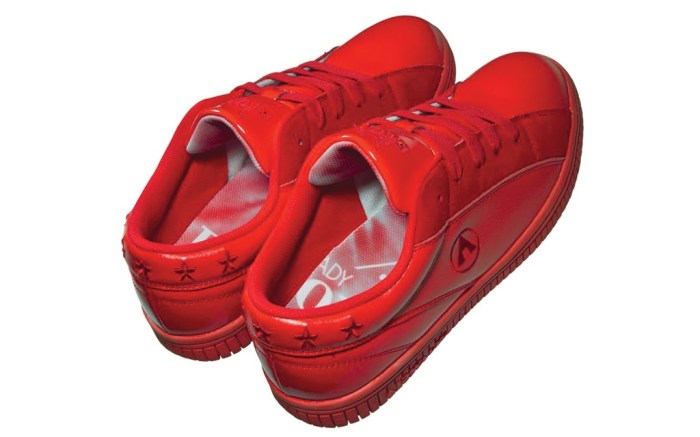 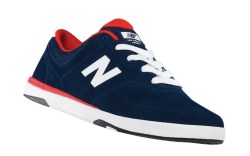 After the category posted two consecutive years of retail growth in the U.S., athletic brands in the $1 billion industry are stepping up their efforts for 2013. While labels such as Airwalk and Vans are exploring new ways to stoke consumers, other players are entering skate for the first time.

“The skate market has picked up a bit, and for us, the timing was just right,” said Becky Benowicz, New Balance’s licensing and brand extension manager.

Through the partnership, Black Box is responsible for production and marketing of the line, which is targeted exclusively to independents. “The difference between skate and running is that skate truly needs to look like a lifestyle shoe,” Benowicz said. “Black Box brings all of the authenticity and all the knowledge of the market to the table.”

One of the first moves on the brand-awareness front was to sign pro-skater P.J. Ladd as New Balance Numeric’s debut endorser. More athletes will be announced in the coming year.

“More diversity and perspectives on skate footwear can only help the entire market,” Kelly said. “It’s a good thing to see new brands emerging and come to light because it fuels the fire for the existing brands.”

“It brings more exposure to action sports, but when some big players realize that it’s not as big as other categories in the athletic market, they decide to leave,” Senizergues said. “It can be damaging because retailers don’t know who they can count on or which brands are committed.”

Eric Dreyer, Airwalk VP of brand management, said new launches are a sign that there’s more excitement around skateboarding products. He added that there’s also a connection between the market and popular music that’s helping to fuel interest.

“What we’ve seen is this coming together of hip-hop and skate culture,” Dreyer said. “That’s one of the areas that’s sparking this newness and freshness.”

Airwalk is capitalizing on skateboarding’s rising popularity in hip-hop through its “Already Famous” campaign, which launched last year and will continue through 2013. It features musical act MellowHype. The brand also created a documentary about the urban skate movement called “We Out Here.”

Vans, which is no stranger to the music scene, also is working with new partners in the genre. This year, the division of VF Corp. will launch product collaborations with hip-hop group Odd Future, as well as heavy-metal band Motorhead.

“Skateboarding and music have always gone hand-in-hand,” said Vans senior communications manager Chris Overholser. “When we can create projects that tap into both passions by partnering with the right artists, it gives us a richer story.”

Not only is there a new surge of excitement around the category but product is going through a revival. Several brands will be turning their attention to product innovation this year.

“Similar to what happened in the 1990s, we’re returning more to tech products, versus street products,” Sole Technology’s Senizergues said. “We’re developing more product in that direction, more than ever.” (The company bowed an innovative European headquarters last month.)

The CEO added that features such as cupsoles and lighter-weight foams are making a comeback.

Meanwhile, at DC Shoes, a new product design team is being assembled, whose sole purpose is to develop never-before-used technologies in skateboarding footwear, according to the brand’s skate category manager.

Vans product line manager Trevor Hill said his team is concentrating on incorporating more performance characteristics into its core skate line. “We’re going through an interesting phase right now,” he said. “Most companies are removing features from their products, but for us, we’re adding more stuff in.”

According to SportsOneSource analyst Matt Powell, innovation may be needed for the skate category to sustain its run. “We’ve really moved into a period where technology is driving the athletic footwear business,” he said.

With Nike, Adidas and Vans being the category leaders last year, the analyst said smaller brands will have a long road ahead. “It’s going to be tough,” Powell said. “It took Nike a few years to really be legitimate in skate and they had to go way out of their normal distribution to find the market.”