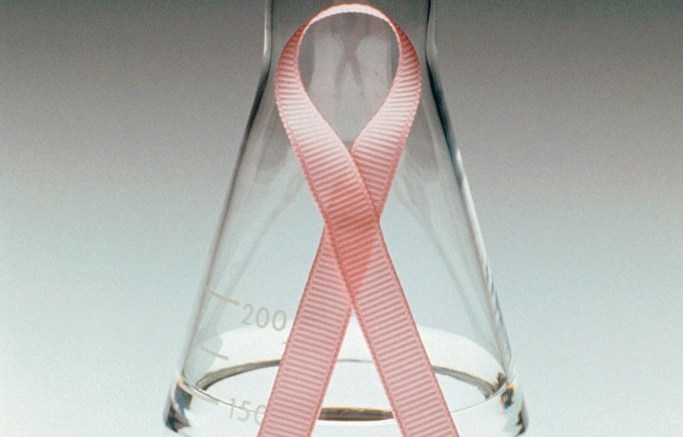 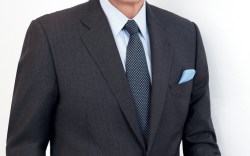 When it comes to fighting breast cancer, the footwear industry packs a powerful punch.

As QVC Presents “FFANY Shoes on Sale” marks its 20th anniversary, the charity event will pay tribute to its Pink Benefactors — The Jones Group Inc., Brown Shoe Co. and Camuto Group — each now donating in excess of $500,000 every year. Representing the honorees at the event will be Brown Shoe President and CEO Diane Sullivan, Jones Group CEO Wesley Card and Camuto Group founder and CEO Vince Camuto.

Over the years, these firms have helped aid doctors in their endeavor to cure breast cancer by funding research, new treatments and more. “We’ve been able to build [support] further and further,” said FFANY President Joe Moore.

“We sell a lot of shoes to women, so we understand it’s important to us as a company to support those ideals and causes that our customers think are important,” said Brown Shoe Chairman and incoming FFANY President Ron Fromm, adding that the medical benefits have been positive, too. “There’s been no time like today. Treatments and knowledge gained by research is being [realized] in patient outcomes. It’s been a good investment. We’re getting a great return [on the] research.”

According to Fromm, Brown Shoe’s support of the cause has been important to its workforce as well. “I would be hard pressed not to think of a family at Brown Shoe that hasn’t been touched by breast cancer,” said Fromm. “It’s close to their hearts.”

Camuto also highlighted his company’s connection to women. “We’re in the women’s business, and they’ve supported us through the years,” said Camuto. “We’re closely related to women and their needs. [Breast cancer] can strike anyone at any time. We feel this is a cause we want to sponsor.”

He also acknowledged the role of the late Jodi Fisher, co-founder of the event, in sparking his early support. Working with Fisher at Nine West at the time, Camuto found her passion for the cause to be contagious. “[As a result], we wanted to [get involved] right from the beginning of Camuto Group, [which launched in 2001],” he noted.

Added Card, “[Shoes on Sale] has been really important [in supporting] new and innovative concepts [in breast cancer research] that have trouble getting the funding. That’s where the breakthroughs are likely to come from. That is one of the main focuses of the funds.”

How exactly those monies are used by medical researchers varies by institution — and Shoes on Sale’s proceeds support nine facilities this year.

Dr. Eric Winer, director of the Breast Cancer Program at the Susan F. Smith Center for Women’s Cancers at the Dana-Farber Cancer Institute in Boston, said, “Each year, we devote more than half of the funds to our tumor and data banks, which are key to so many of our efforts. One can argue that FFANY funds have provided a pillar of support for literally dozens of research projects.”

This year, said Winer, some of the money will be used to recruit a behavioral scientist who can research novel treatment approaches that could result in fewer side effects for women on endocrine therapy for breast cancer.

Additionally, Dr. Daniel Hayes, clinical director of the breast oncology program at the University of Michigan Comprehensive Center’s Breast Oncology Program, said Shoes on Sale has been invaluable in providing grants to pioneering research. “What’s nice about FFANY money,” he said, “is that it’s very nimble. A young person can come to me [with] a good idea. I ask how much they need and say, ‘You got it.’ It’s mad money. It allows me to use the [funds] at my discretion in a way that I can’t with federal funding.”

And for the first time this year, the University of Pittsburgh Cancer Institute and UPMC Cancer Center will receive support from Shoes on Sale. Dr. Nancy Davidson, director of both facilities, said the funds will be allotted to addressing the problem of metastasis in breast cancer. “The reason women die from breast cancer is [the] disease spreads,” said Davidson. “We think we’re in a good position to try to interrogate the changes in metastatic breast cancer specimens from a molecular point of view.”

She added, “We were absolutely thrilled when we were invited to be first-time participants. We hope it will be the beginning of a long and productive relationship.”