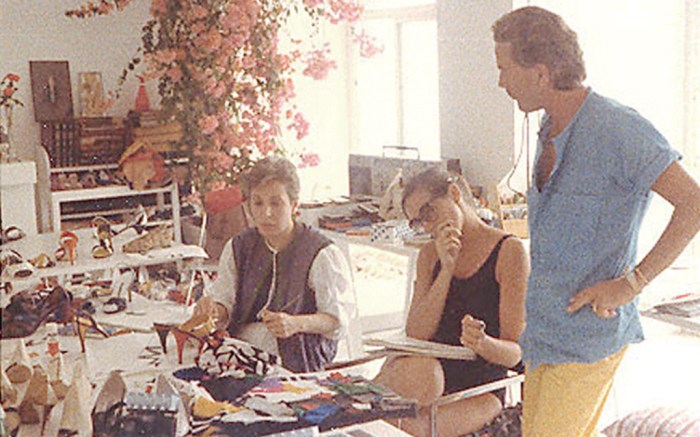 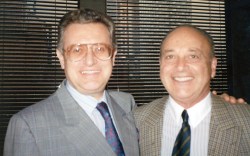 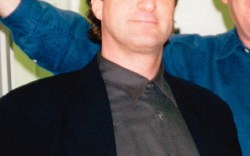 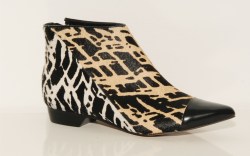 For nine decades, Schwartz & Benjamin has led the industry with its licensing model and reaped the rewards.

1923 — Company is founded by Benjamin Schwartz and Benjamin Benjamin and the partners open a shoe factory in Brooklyn, N.Y., selling shoes under the Customcraft label. Eventually, the factory moves to Manhattan.

1934 — Ben Schwartz creates and directs The Shoe Club of New York, a charitable group for shoe people in need.

1955 — Eli Footer joins the company as a salesman and eventually becomes co-chairman in 1995.

1962 — Company enters into design collaboration with Charles Jourdan for Customcraft.

1969 — Phyllis Footer joins the firm on a part-time basis and is eventually made a VP of product, where she works with such designers as Donna Karan and Andrea Pfister (at right).
— Company signs Yves Saint Laurent license for the U.S. and Canada, beginning a 31-year collaboration.

1970 — Givenchy taps the company as a licensee, kicking off a 12-year partnership.

1972 — Arthur Schwartz and Luigino Rossi establish a 35-year manufacturing relationship on a handshake.

1976 — Barbara Rienzo (Schwartz) joins the company as a showroom model and receptionist.

1986 — Loran Wurdeman joins firm as controller, based in Massachusetts.

1992 — Arthur Schwartz is inducted into Footwear News’ Hall of Fame.
— The A Line Anne Klein brand is added.

2006 — Phyllis Footer is inducted into the FN Hall of Fame.
— Company launches the Daniblack label.