Saucony Races Ahead in Specialty 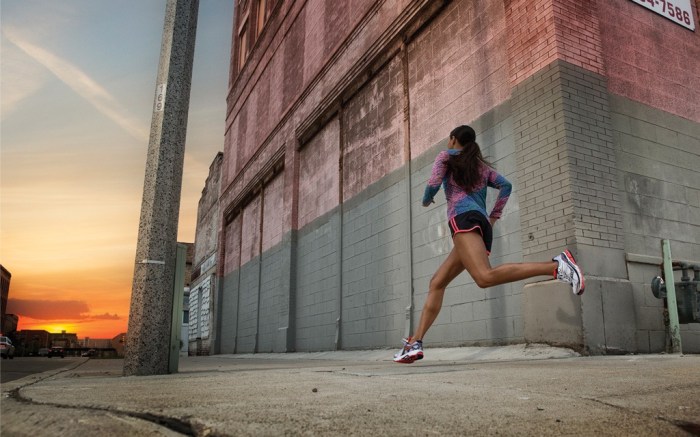 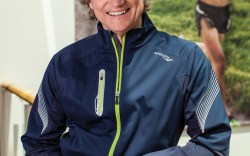 CHICAGO — Fresh off grabbing the No. 2 slot in specialty running, Saucony is looking to pick up the pace even more.

According to Richie Woodworth, president of Lexington, Mass.-based Saucony, the brand views its second-place slot in the independent channel (per tracking firm Leisure Trends Group) as a turning point in its mission to increase its name recognition with runners and in the mainstream.

“It’s an incredible milestone for us,” Woodworth said. “It means more than [just the number]. We view it as another hurdle you get over as a way to accelerate growth.”

Blake Krueger, president, chairman and CEO of Saucony parent company Wolverine World Wide Inc., based in Rockford, Mich., agreed: “When we acquired the Saucony brand [a year ago], it already had very good momentum. That has continued and even accelerated.”

Saucony aims to speed up expansion further with the November launch of its Guide 7 shoe, timed to the New York marathon. As part of that launch, the brand will up its messaging, too. Its “Find Your Strong” slogan will be visible on storefronts, POS materials, social media and traditional ads both domestically and internationally.

“[Saucony makes] great product, and the research and development is amazing — one of the best in the industry,” he said. “[Under Wolverine, it will] have a bit more funding to blow out the message, make the tech a lot more customer-friendly and grab some of the consumers they haven’t been able to reach on a mass-market level.”

Other insiders were upbeat on the brand’s focus on the influential specialty segment.

“[Saucony continues] to excel in run specialty,” said Matt Powell, an analyst with SportsOneSource. “It has taken a step back in the broader data as it has focused on solidifying its position, [but trying to grow in both channels at once] can work counter to each other,” he explained. “They’re doing a great job [in the specialty channel]. The product has a very clear vision.”

At Austin, Texas-based shop Hill Country Running, Saucony secured the top sales slot around May, according to buyer and store manager Aaron Greer, who saw a strong response to the Ride, Guide and Cortana models for both men and women. He noted the product has been improved and the brand’s attention to customer service makes it easy to do business with them. “I see my Saucony tech rep more than anyone else,” Greer said.

But Saucony isn’t banking only on the domestic running business. Growing overseas is a big opportunity, Woodworth said, one that has been improved by its new parent.

“The opportunity that Wolverine affords us is faster growth,” he said. “They have established partners where we don’t and they have the ability to put feet on the ground.”

Krueger added, “The Saucony brand has already picked up pockets of extremely strong international interest. The business in Europe is on fire, [and] we’re seeing interest in Saucony at a much higher level from countries around the world.”

The goal in areas such as the U.K., Germany and Benelux nations, as well as developing markets like Brazil, is to push technical running product. But Woodworth said the key to success will be to tout the lifestyle-oriented Originals collection in places such as South Korea.

“While we want to and will sell performance product there, we also know the balance might skew a little bit on the fashion-athletic side,” he said.

In fact, growing the Originals line across all markets can only help boost the brand’s visibility, according to Woodworth. “We haven’t reached down into the broader distribution channels yet,” he said. “But this business was a $60 million-a-year [play] for Saucony. It’s not anywhere near that right now. Ultimately it can be more, but we’re trying to be smart about sequencing. We need to build this business responsibly and sustainably.”

Already, Saucony has partnered with retailers such as Boston’s Bodega and New York’s West on limited-edition product.

Lester Wasserman, owner of West, said the “Tequila Sunrise” edition of the Shadow 5000 runner — West’s first collaboration with the brand — was a pleasant surprise. The store sold all 700 pairs of the late-August release in less than a week and has a follow-up colorway of the same model set to drop in early November.

And sneakerheads are becoming more open to smaller brands like Saucony, according to the retailer. “The demand has exceeded our expectations,” Wasserman said. “It’s a real brand, an authentic brand with history, but it hasn’t been commercialized at that level.”

With all the initiatives in play, Woodworth is confident Saucony can meet its goals. “We’ve got a lot on our plate, but these things should allow us to grow at a very healthy rate,” he said.