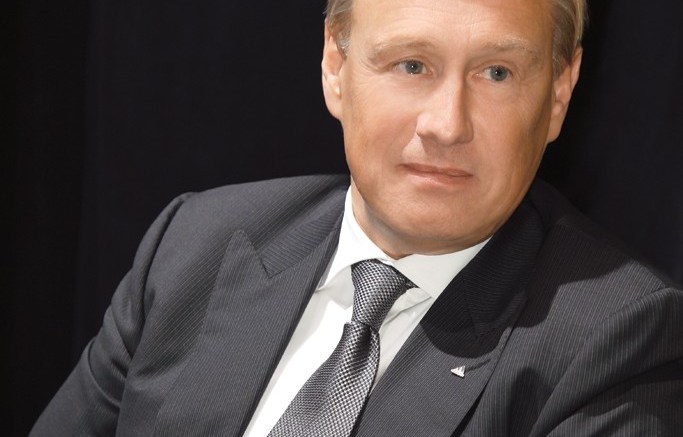 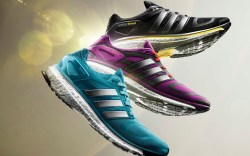 Adidas is ready to run.

The first shoe featuring the material, the $150 Energy Boost performance trainer, will hit specialty running stores, as well as select running-focused mall and sporting goods locations, at the end of the month.

The brand also showed a sneak peek of a second new outsole technology of diagonally placed blade-shaped pieces it’s calling Springblade, which will be distributed broadly for back-to-school.

Speaking to Footwear News at the event, Adidas North America President Patrik Nilsson said he was confident the technologies could help Adidas’ running business break through in the U.S. market. In fact, he added, “We hope they re-energize the whole industry when it comes to running, not only our brand.”

“It’s exciting for us to see them come up with great new products and stronger entrants that we feel will help them become a much more significant player in the running category,” said Ken Hicks, chairman, president and CEO of New York-based Foot Locker Inc.

Analyst Matt Powell said that focusing on technology is critical at a time when the competition is fierce.

“[Adidas] made some very good inroads in 2011 — and really through the first half of 2012 — although we saw some slowness to the momentum in the second half, which you can attribute to a lack of new technology,” Powell said. “The marketplace is very clear in demanding that brands keep freshening and bringing in new things. There’s a greater demand than we’ve ever seen. Brands can’t sit on existing styles and think they’ll be fine — there needs to be something new going on all the time.”

The concentrated push in running will be key to Adidas’ larger goal to gain more share in the U.S., Nilsson said. “Our [business] is around $2.5 billion in the marketplace and growing. And people are still feeling that we have not maximized our potential yet,” he said.

Here, the executive talks about heat in the running market, the surprising peril of athlete endorsement deals and how the brand is capturing more shelf space at retail.

How important do you think the Boost and later Springblade launches will be for your brand?
PN: We feel good about our running business over the past couple of years, but we also know we have a lot of opportunity to grow. With these two innovations, we believe we are going to bring more energy to a category that is not growing as fast as it has been. There hasn’t been anything revolutionary and significant coming out from anybody in the last couple of years. With our two innovations, we feel we are bringing a lot of heat.

Sprinter Yohan Blake and long-distance icon Haile Gebrselassie were at your running launch. How much impact do celebrity endorsers have on the business?
PN: [They are] very important in the category of basketball. When it comes to running, our athletes have been winning more or less all the marathons, but that doesn’t really help us when it comes to selling shoes. What drives sales in the running category is innovation, and that’s why these two innovations are an evolution. We believe that what [Chicago Bulls star] Derrick Rose did for our basketball shoe, this is going to do for our running shoes.

Rose has sat out the season so far after a knee injury last year. Do your basketball shoe sales take a hit in a case like that?
PN: We could have sold more pairs if he would have played, that’s for sure. I wouldn’t say taken a hit, though. I would commend our team on how they have been able to create a marketing campaign [around his rehabilitation called] “The Return” — that, to me, was turning lemons into lemonade, by building something that was so engaging for him, his family and all of his fans, and that still helped us push through the product we had in the marketplace.

It is difficult having to deal with athletes when they get injured. It throws a wrench into your plans. Even with [Washington Redskins football endorser] Robert [Griffin III]: He was injured in the last game, and we were supposed to shoot him for a commercial the week after. We had to change all those plans and come up with a new script. You have to be good on your feet in this industry sometimes.

A year ago, you said the retail landscape was becoming more competitive. Have you seen that play out?
PN: I said then that not all retailers are going to win and not all brands are going to win — there’s going to be a differentiation between winners and losers. That’s going to be even more accentuated in 2013, 2014 and beyond. It becomes tougher and tougher to win in this marketplace if you don’t have the muscle and the distribution and the ability to tell stories to the consumer. And the bigger brands have a little bit of an advantage there.

How much progress has the brand made in establishing more shelf space at retail?
PN: We have made huge inroads with Dick’s Sporting Goods, with Foot Locker, with Champs, with Finish Line, with all of the major players in the marketplace. They have given us better space and more opportunity to tell the right stories, and they would also validate that they have been rewarded on that.

Have you seen any change in the general  economic picture?
PN: I’m not sure it’s a material change, but the tax dollar shift has been an issue in January for most retailers, and everybody has felt that a little bit. But over the last week, [business] has started to come back, and we feel good.

The Neo apparel collection aimed at young shoppers launched in the U.S. this season with some star power behind it. How big can that business be?
PN: Fairly small. We’re focusing a lot on Performance and Originals: Those are the two doors we are asking our high school kids to enter [through]. Neo will grow over time, but it’s not taking any of the focus away from the other two platforms today.

Will we see any more Adidas store openings in the U.S. in 2013?
PN: We can have a few more factory outlets, but when it comes to concept stores, we’re not really looking at growing more of them right now.

Looking ahead, where do you want Adidas to be a year from now in the U.S.?
PN: At that point, we will say we are closer to the tipping point. Everybody is going to feel that the Adidas brand has heat across all the categories that are important and across all the different distribution channels. We have had such a good run, but we have so much potential, and when everybody feels that and sees that, something magical is going to happen.

Does the tipping point mean taking the No. 1 sales slot?
PN: I don’t think it has to do with No. 1, but the Adidas brand is going to explode. With Boost, Springblade, [our presence at] the NCAA [basketball tournament], the NBA, MLS, with Robert Griffin III and Derrick Rose, you put all those things on the scale, and at one point that is going to tip over, and that’s when that explosion is going to happen. I can’t tell you if it’s going to be in 2013 or 2014, but it is going to happen. I can guarantee you.