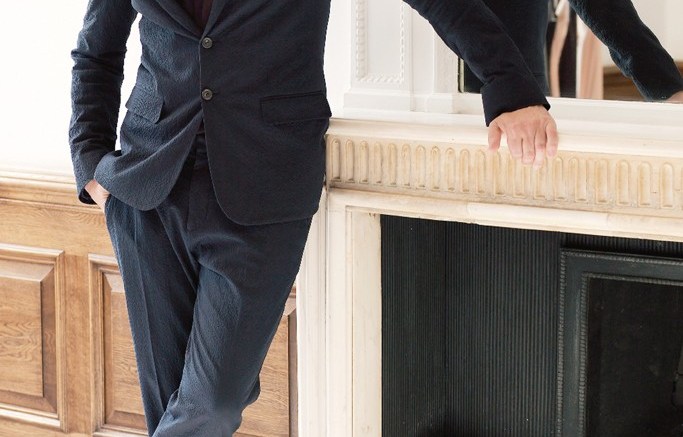 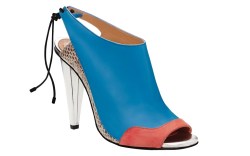 Roland Mouret’s origami-inspired, body-hugging dresses are red-carpet regulars on celebrities such as Cameron Diaz, Scarlett Johansson and Carey Mulligan. Now the ready-to-wear designer aims to give A-listers — and everyday women — a complete look with a more robust footwear collection.

“We are starting to create everything that’s needed in a woman’s life,” said the France-born, London-based Mouret, who not only heads up his eponymous label but also serves as creative director for Robert Clergerie in Paris. “That’s the way you establish the identity of the brand. You have to [be] in every category.”

The designer has been working diligently toward that goal over the past few seasons. In 2012, he launched Roland Mouret women’s shoes, eyewear and bridal gowns. Also last year, he collaborated with Aromatherapy Associates for its Roland Mouret Final Finish Body Serum. Most recently, he bowed clutches and shoulder bags for fall ’13.

The big push into new categories came two years after the designer bought back the Roland Mouret trademark — it had been owned by former business partners Sharai and André Meyers — and one year after opening the Roland Mouret flagship in London.

The moves have paid off. Since reacquiring the trademark, his business has grown by healthy double digits each year, according to Mouret, and solid gains are expected for 2013.

For resort ’14, Mouret tapped DJ and musician Mimi Xu to model for a lookbook featuring striking black-and-white peep-toe slingbacks alongside vibrantly hued dresses, pants and jumpsuits. And if the brand’s spring ’14 runway show during Paris Fashion Week was any indication, more excitement is in store.

“It’s a real summer collection,” the designer said of the presentation, which took place on Friday in the city’s Place Vendôme and focused on bold, true-to-the-season hues. “It is inspired by the Palais-Royal. It’s an amazing place that was one of the first [homes of] modern art, and it has beautiful flowers and colors.”

Mouret noted footwear, in particular, has been an “amazing journey.” Throughout its first four seasons, the label’s shoe offering — consisting of sandals, pumps, booties and wedges in calf leather, nubuck and snakeskin, selling from $706 to $1,397 — has garnered praise from the fashion world and built a small but growing retail presence. Stores include Mouret’s own e-commerce site, Net-a-porter.com and Shoescribe.com.

“Roland Mouret has been able to transfer some of the key points that distinguish the brand — geometric shapes, contrasts and color blocks — from clothing to footwear,” said Alessandra Rossi, multibrand commercial director at Shoescribe’s parent company, Yoox Group. Shoescribe added pumps, ankle booties and an over-the-knee boot from Mouret for fall and will continue with the brand next spring.

“[Serving] as the creative director of Robert Clergerie has certainly helped Mouret in the development of his own footwear line, not only in terms of experience but also in terms of architecture and minimalism,” added Rossi.

As part of the category expansion, Mouret recently added a new factory (he produces his shoes at the same factories as Robert Clergerie) in Italy. His footwear now will be made in both Italy and France, allowing for more variety. “[In Italy], I am going to approach a different kind of finish and polish for the shoes,” Mouret said. “It’s a learning curve that I really enjoy.”

The designer talked with Footwear News about creating cohesive collections, the return of classics and why he craves control.

Your runway collections show in Paris. How does that market differ from other fashion capitals?
RM: Paris is such a specific place to present compared with New York or London or Milan. It’s the hardest one because the competition [with big names] is so high. If you don’t go with a message that is yours, if you start to copy someone else in Paris, it’s like a spot on your face. It’s visible. People just react right away and say, “That was a copy. That shouldn’t be here. We don’t have time for that. You should go back to London or you should go to New York, but we don’t want it.” In Paris, you have to make sure what you put on the runway is yours. You start from the clothes, but it has to carry through to the shoes.

You recently added shoes to your label, but you have been involved in footwear for a while, at Robert Clergerie and in collaborations with Christian Louboutin for your runway shows. What are the most significant changes you’ve seen in the shoe market over the years?
RM: When I was working for Robert Clergerie [in my first stint there, in its advertising department] in the 1980s, it was such a different world. It was a period when most [apparel] designers and brands were not doing shoes. You mixed [footwear] brands with [separate brands of] clothes. Now you have to compete, [when it comes to] the concept of identity, in a stronger way. You have to be defined and recognized [in multiple categories].

What’s the biggest transformation happening right now in footwear?
RM: The shoe culture is changing. We are going [away] from the platform. Now there is a return to the nice heel — between 85 millimeters and 110 millimeters — and simplicity. At the same time, you have to be recognizable.

How do you translate your identity as a dress designer into shoes?
RM: You have to catch [what stands out in the customer’s] mind. There is a sense of comfort [in the Roland Mouret footwear] because the first thing about my dresses is that they are comfortable. Even though I am a big fan of Madame Grès, she said you have to make your body fit the dress, and I am the opposite. The dress should be made for your body, and I apply the same system to shoes. It’s [about] how close I can get to comfort for a woman on that kind of heel. And after that, [I have to] externalize what [design elements are] specific to me. It has to be a curved [silhouette] before anything.

Now that you are doing shoes for two labels, is it difficult to keep the lines distinct?
RM: It is and it isn’t. I do work on both at the same time, and it can be a hard situation. When I work at Robert Clergerie, I’m creative director. I have a team of four and I tell them what I’m expecting and then I react to their work. At [Roland Mouret], I design my own shoes. Of course, things could cross over, like monochrome last year — it was everywhere — or the concept of something emotional like the platform. But I try to keep them quite separate. The customer is completely different.

What excites you about adding handbags?
RM: The good thing about a bag is that whatever the size of your bum, every woman buys the same size of bag. That’s the success of the bag. It allows you to have however many bags you want and to push every customer. The [debut bags were based on] memories of going to clubs in Paris and my 10 years of learning life there. Each one has the name of a different club. I didn’t copy the bags of the past, but [paid homage to that era with] mixtures like patent leather with flat calf and gold chains.

Will you add additional categories soon?
RM: No. We are developing the categories we already have in place: bags, shoes and sunglasses. I’m a cautious person when I bring in new things. It’s not the most glamorous thing to say, but [as the company owner], when you start something you have to be sure it works and you have to take your time.

How do you relax while juggling so many projects?
RM: I’m a Virgo — that’s why I’m a control freak. And I love the rhythm of four days in London, one day in Paris. [On the weekends], I’m in the countryside with my husband and my dog.