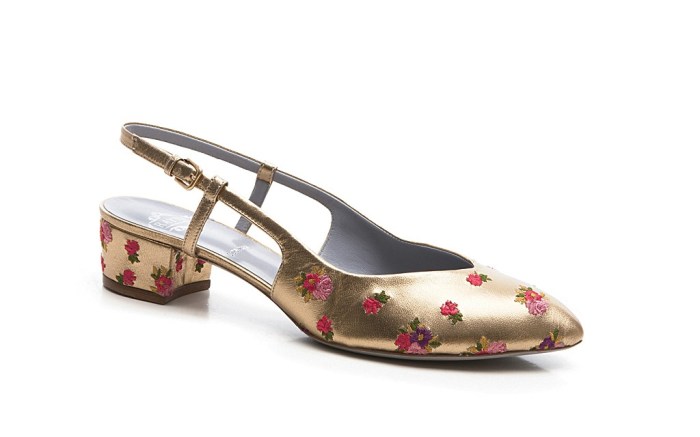 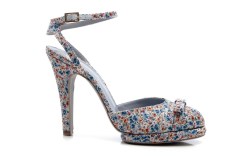 The 128-year-old brand, which has been a favorite of Queen Elizabeth II, will take its first step toward a relaunch with an exclusive pop-up shop set to debut at Selfridges in September.

Rayne will debut 10 to 12 made-in-Italy silhouettes in an array of colors, created by French designer Laurence Dacade.

“We have been thinking about ways to relaunch the brand and we knew the product had to be good,” said Nick Rayne, a fourth-generation member of the shoemaking family. Footwear legends Roger Vivier and Andre Perugia were among the most well-known designers for the label, which had its heydey from 1945 to 1965. Rayne said that maintaining a strong design sensibility was critical to the revitalization plan.

For her part, Dacade, known for cool, edgy looks, said the collaboration was a natural fit.

“Being French, it was really interesting for me to work with such a [distinctly] British brand with such heritage,” the designer said, adding that she had unknowingly acquired several pairs of Rayne styles during vintage shopping trips over the years.

Selfridges is also a fitting retail partner, according to Rayne. “It might be the most important place in the world for shoes, and Rayne was sold there for most of the 20th century. It’s like we are coming home,” he said.

Selfridges will bow the pop-up shop in its second-floor Shoe Gallery.

The space will be designed by Thomas Messel, nephew to the famous theater designer Oliver Messel, who crafted Rayne’s former shop on Old Bond Street.

“We’re always looking for new and unexpected collections to showcase in the Shoe Gallery, and Rayne is a brand with such heritage and a wonderful backstory,” said Helen Attwood, buying manager for shoes at Selfridges.

She added, “I’m sure there are plenty [of people who] remember the brand and are well-aware of its beautiful history, but our real goal is to bring it to life for a new audience.”