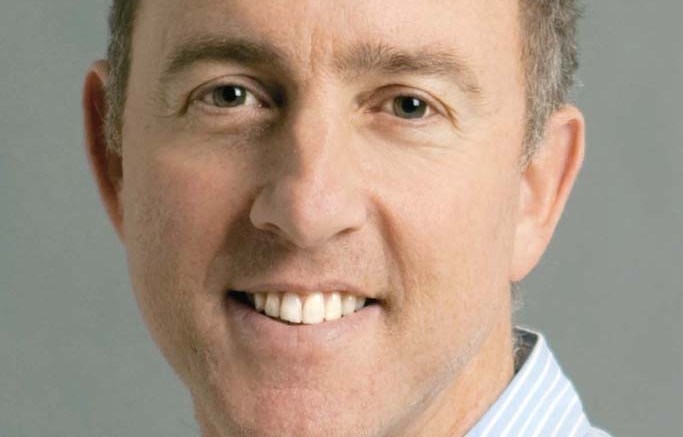 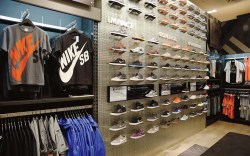 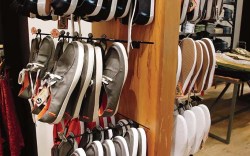 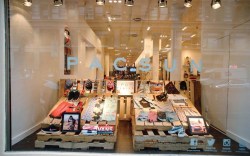 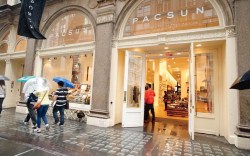 Gary Schoenfeld is out to change the tide for PacSun, and revitalizing the footwear business is a major part of his strategy.

From tweaking the target consumer to overhauling the brand mix, the president and CEO of Pacific Sunwear of California Inc. has been making dramatic changes to the 644-door, teen-centric retail chain since he joined the company in 2009.

“We got our footwear program started again [slowly over the past couple of years] and have been very pleased with how it rounds out the merchandising and re-establishes an important part of what we stand for, particularly with our male customer,” said Schoenfeld.

The executive, who spent a decade at the helm of Vans, now is banking on that action-sports label to drive the shoe business at PacSun. Nike is also a major part of the brand mix today.

“I’m loving working with Nike and Vans [again],” Schoenfeld said. “They are leading the marketplace today, and we’re very pleased with the growth we’ve experienced so far.”

Beyond the footwear push, the CEO is focused on recruiting new talent and restoring the retailer’s reputation as a company grounded in creativity and the youth lifestyle.

Analysts have high hopes for Schoenfeld’s ability to put the company back in the black after years of unprofitability. And they are upbeat about the new footwear focus.

“Gary certainly has a lot of experience in footwear, and it was a logical thing for PacSun to [return to],” said B. Riley & Co. analyst Jeff Van Sinderen. “They’ve done a pretty good job in footwear. It was a considerable size of their business, historically, and it can become a more meaningful part of their business going forward.”

“It [seems] like Gary’s initiatives are taking hold,” she said. “They made a lot of progress over the last couple of years. It’s been even more evident over the last several quarters. The first quarter was much better than we expected. There is a possibility for them to even further improve that.” (For the latest quarter ended May 4, the company lost $24.2 million on sales of $169.8 million.)

Schoenfeld said structural changes at the retailer are taking root. Here, he discusses overcoming financial hurdles, the post-recession teenager and how technology is changing the game.

What’s been most challenging as you try to turn things around?
GS: Not having all the resources one would like to have to help the consumer change their perception [of us]. It would be nice to invest in an [extensive] marketing campaign. It also would be nice to change the physical look of the stores to help accentuate the merchandising and brand changes. But I knew when I joined that we wouldn’t have the luxury of those things. We were going to have to do the heavy lifting of better execution: rebuilding our relationships with the best brands, attracting the right [staff] and being patient in terms of consumers recognizing the magnitude of change that is taking place in the stores. We’re seeing signs that is beginning to happen and we’re focused on ensuring it continues.

How has the consumer mindset shifted over the last couple of years?
GS: There has been profound change. No. 1 is the role technology is playing and the speed with which new trends and new brands are being adopted. [For example], some 200,000-plus people were at Coachella [in April], but multiples of that number looked at Instagram and tweets and other messaging. As a result of that, new trends will rapidly spread and be adopted. Secondly, the recession had a pretty profound effect on consumers being much more thoughtful about how, where and why they want to spend their money. The bar is higher than it’s ever been.

What has been your strategy for reintroducing footwear to the stores?
GS: For us, it was about recognizing our customer. The old PacSun was really a middle school to high school retailer. Our target customer now is older teens into early 20s. We’re much more about high school into college, and college and a few years out of college.

From there, we looked at the brands with which this consumer identified. Nike and Vans have clearly been the two brands that have been standing out. Both, obviously, come from a strong sport heritage, but they also do a very good job of being relevant in terms of lifestyle and paying attention to how their product needs to evolve. It was pretty evident that they would be the right foundation for us and that continues to prove true.

Beyond Nike and Vans, who are your top labels?
GS: We continue to try different things with a range of other brands. O’Neill and Roxy are a couple that stay very fashion-relevant on the women’s side. Converse is obviously a great brand. Over the long term, we think we can work with them and figure out the right positioning where we add something different to their existing distribution. There are interesting things happening in athletic, with brands such as New Balance. Also, brands like Ugg Australia, Globe and Etnies [are doing well]. We continue to watch what they do.

Overall, how much of the business is footwear?
GS: Footwear and accessories together are in the mid-teens, and footwear is the biggest part of our non-apparel business. Apparel is going to continue to be the dominant part of PacSun, but we do recognize and are excited about footwear being a very important growth category for us.

Do you still view the stores as a head-to-toe resource for your customers, or does your shoe department exist as its own destination?
GS: It’s a bit of a different answer between the two genders. On men’s, we want our footwear assortment to stand on its own and be a destination on its own. On women’s, it’s more fashion-inspired, more about completing the outfit.

How has the store environment changed as you’ve added more shoes to the mix?
GS: Quite a bit. We have worked with Nike and Vans on shop-in-shops in certain stores that have done very well. In women’s, we’re still evolving what the assortment will be and also how best to merchandise it. You will still see some evolution in how we merchandise women’s going forward.

Do all the stores systemwide have footwear departments now?
GS: About 80 percent to 85 percent do. There are some lower-volume stores where it’s not clear if they can support a broad-enough mix to make it worthwhile. We continue to evaluate that.

When do you see the company returning to profitability?
GS: It’s not something that I’ve commented on. 2012 was a very productive year for us. We had positive sales comps every quarter, improved margins every quarter and, probably most important, we’ve improved the look and feel and the execution of our stores. We feel we are making a lot of progress, but at the same time, we know we have a lot to accomplish.