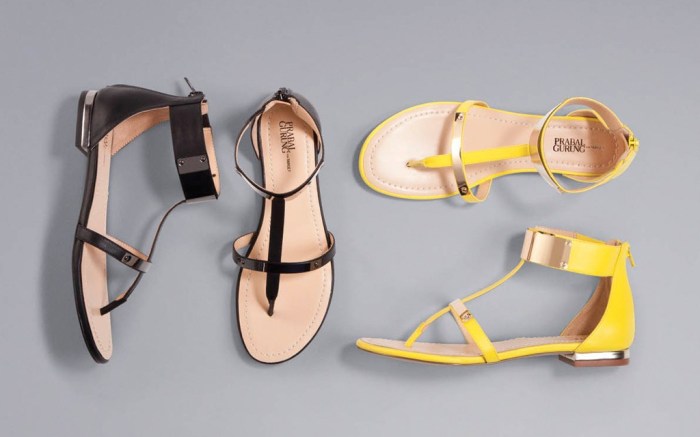 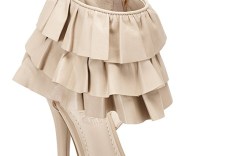 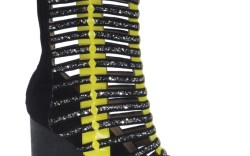 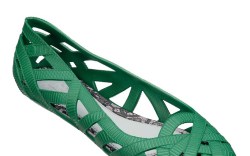 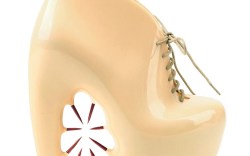 In women’s footwear, it’s the era of esprit de corps.

While the concept of collaborating is not new to footwear, the projects have become a must-have ingredient. “It used to be all about working on your own [label] and [having] a singular vision,” said Sharon Graubard, SVP and fashion director at trend-forecasting firm Stylesight, “but collaboration is very important right now.”

As a result, the footwear business has seen collaborations at a range of price points. And while Graubard and other industry experts told Footwear News these kinds of partnerships are here to stay — despite what some might call market saturation — it is becoming more of a challenge to break in and be successful. Collaborators find themselves under intense pressure to create compelling collections that stand out. “The onus is on the brands and designers who create those collaborations to prove — especially to their shareholders and to the [consumer] — that they really are valuable,” said Luxury Institute CEO Milton Pedraza.

How does a label accomplish that? Nine West’s strategy is to team up with emerging designers who have established identifiable, iconic looks and strong points of view. “Stefani Greenfield, chief creative officer of [Nine West parent company] The Jones Group Inc., is a huge proponent of collaborations and views them as a laboratory for talent,” said Kathy Nedorostek, group president for global footwear and accessories at Jones Group. Nine West’s fall ’12 hardware-adorned boot collaboration with jewelry designer Pamela Love sold out as soon as it hit the retail floor, according to Nedorostek, and the label’s next partnership is with Sarah Easley and Beth Buccini, founders of New York-based indie boutique Kirna Zabête.

At Kirna Zabête, surprising the luxury client with a designer look and feel at a low price creates value. “It makes them feel smart to buy at both high and low price points,” said Buccini.

Nedorostek said her firm’s goals were similar. “For Nine West, it’s about providing a unique product assortment at attainable prices. Aligning with industry tastemakers allows us to create products inspired by the worlds of music, art, design, pop culture, entertainment and fashion, and tap into a new generation of customers.”

Another way to achieve that goal is through collaborations with mass retailers, Graubard said. “The average customer is becoming more aware of designer clothing, accessories and footwear, and the more they are aware, the more appealing they will find [a designer] name attached to something affordable.”

Prabal Gurung’s Target line, which hit stores on Feb. 10, marked the designer’s first full mass-market retail collaboration. Gurung said one of his goals was to introduce his eponymous label to a broader audience. The bulk of the Target apparel, accessories and shoe collection carries price points below $50. “Collaborations are important to remain relevant, [and] partnering with a mass retailer has great potential,” Gurung said. “Mixing ‘high’ and ‘mass’ fashion is the modern way of dressing. Nobody wears head-to-toe, high-end designer anymore.”

Graubard, who was upbeat about Prabal Gurung for Target and listed H&M’s projects with Marni and Maison Martin Margiela as other recent standouts, said high-low alliances tend to work best when the aesthetic of the original designer line is apparent in the lower-priced offerings. “It’s a powerful thing when an affordable retailer teams up with a [high-end] designer who has a definite aesthetic and a strong identity. That’s what makes a collaboration compelling and motivates people to buy.”

But both Graubard and Pedraza cautioned that high-low can be a delicate undertaking.

“They always have PR value, but usually it benefits the more mainstream brand,” Pedraza said. “[If the collaboration is not executed properly], it can actually bring down the reputation of the luxury brand.” He cited Target’s holiday 2012 collaboration with Neiman Marcus as an example of a project that didn’t hit the mark, since many of the items from the 24-designer collection ended up being discounted as much as 50 percent before the end of December. “Very often, it doesn’t work. What did Neiman Marcus get out of doing something with Target? I don’t think it benefited the brand, and the fact that Target was discounting the product while Neiman Marcus was not created a disparity in the market that wasn’t really good for anyone.”

Graubard said that particular collaboration was simply lackluster — more to do with perception than quality. “There is no aesthetic attached to Neiman Marcus; it’s just high-end. It has to be [focused on] an artist or a designer, or something that has a real identity that makes it desirable.”

Still, Pedraza said the media attention garnered by the holiday collection could count as a plus. “Often [collaborators] focus on creating more PR than they do revenue, and that’s legitimate. Good publicity or bad publicity — it’s all publicity.”

For its part, Target told FN that designer collaborations work well for the store because they “generate significant guest excitement. We pioneered and continue to evolve the model,” said a Target spokesperson.

New York-based designer Matt Bernson was upbeat about mass-retail unions. “Those kinds of collaborations are pretty strong, and they are compelling because there is a built-in outlet for the brand,” he said, noting that his label’s Special Project with HSN continues to be successful from both a design and financial perspective. “The biggest challenge of collaborating with a retailer is translating the core message of the brand, especially if it means bringing in a lower price point, but it’s not as though if you partner with a lower-price retailer it all of a sudden brings down your brand perception. You can partner with a retailer and really execute something interesting, and it can help your brand if the idea behind it is strong and you translate it well. Many [customers] have come to us because of HSN and vice versa.”

However, label-to-label collaborations can be more challenging, said Bernson, who teamed with jewelry duo Dannijo to create a capsule collection for fall ’12. “You are really creating a [third] brand from scratch on the fly. You are two separate companies trying to do everything, from sales to production, and agree every step of the way.”

Although Bernson said the experience with Dannijo was largely positive and the five fashion-forward styles garnered his label a presence at Harvey Nichols, he is taking a step back from brand-to-brand collaborations for now (his six-style spring ’13 project with Edun is currently on hold, Bernson said, but he declined to comment further).

“The lesson learned [working with Dannijo] was how much time it takes,” he explained. “I don’t think we had any idea how much time and effort and intensity would be involved. We are a young company that is still emerging, so we have to put all our resources into building our core brand.”

Brazil-based women’s brand Melissa has executed a number of collaborations over the years. The 33-year-old company has teamed up with everyone from supermodels to architects. What works in its favor, according to the firm’s marketing director, Raquel Metz Scherer, is the distinctiveness of its core product — plastic shoes — paired with an eclectic and sometimes surprising cadre of collaborators, including Jason Wu, Vivienne Westwood, the Campana Brothers and Zaha Hadid. “Since Melissa was born, we have had a strategy of bringing in [partners] to add context to the brand,” she said.

Karl Lagerfeld will work with the label on a 10-style collection slated to roll out in two parts during fall ’13 and spring ’14. Melissa plans to generate buzz for the line with launch events, in which Scherer said Lagerfeld would participate. “Melissa promotes diversity, but we always seek partners who have synergy or something in common with us in the concept of design, architecture, art or fashion,” she said. Melissa’s diffusion line, Mel, also is gearing up for a collaboration with a U.S. mass retailer in April, though Scherer declined to give specifics on the project. “We believe we can democratize luxury and design.”

While the Luxury Institute’s Pedraza suggested Melissa’s collaborations go over well here because the brand is not yet mainstream and still feels exclusive, he added that in most cases it makes more sense for luxury designers to keep all their projects in the high-end realm. “Serious brands like Louis Vuitton and [artist] Takashi Murakami doing collaborations is a wonderful fit,” he said. “Collaborations by brands that have the same pedigree are excellent because they boost each other. When you have a lack of symmetry in the brand reputation, you are going to get results that are suboptimal.”

Conceptual label United Nude has had good results partnering with artists and haute couture designers such as Iris van Herpen for limited-edition styles with price points higher than the label’s other offerings, according to co-founder and creative director Rem D. Koolhaas. “You should always try to work with people who have skills you don’t have yourself and that are the best in their field,” he said. “We are lucky that we have a good reputation for our collaborations so great people come to us. Our collaborations are mostly about creating a new product together from scratch, as where many others just do cross-styling of an existing product.”

Still, he admitted, challenges remain. “We [have to] pull it off in time and [make sure] it’s special and beautiful enough. [It takes] vision, time and hard work to make the product. After that you need a good PR strategy to get the news out. The product needs to be desirable, and then requests will come for product placement,” Koolhaas said.

He noted that although his current projects “are mostly noncommercial and are about combining creative strengths and exposure,” he wouldn’t rule out working with a retailer like Target or H&M in the future. “The most successful examples are probably the H&M collaborations. I would consider [that kind of project] if we were big enough.”

As for other designers who have successfully navigated the world of mass-market collaborations, Stylesight’s Graubard listed fashion icon Iris Apfel (who has teamed up with everyone from MAC Cosmetics to Alexis Bittar, and her 2-year-old Rara Avis collection for HSN will bring shoes to the mix this month) and Yohji Yamamoto (who has created both fashion footwear and apparel for Adidas’ Y-3 brand during the labels’ decade-long partnership).

“It’s a strong identity that [consumers] can incorporate into their own [style],” Graubard said. “You want a piece of that aesthetic and that persona. It’s easy to say [that consumers are] tired of collaborations, but there will always be a collaboration that is compelling.”