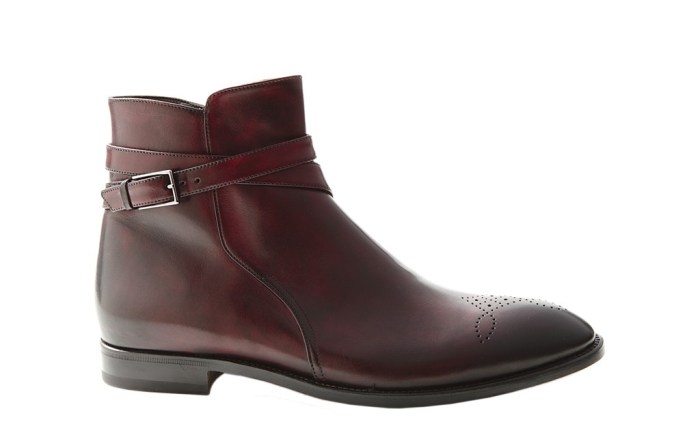 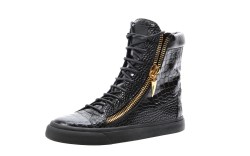 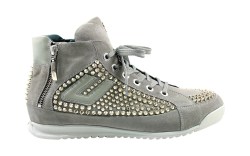 FLORENCE, Italy — Despite a rocky economy in Europe, exhibitors and buyers attending the 83rd edition of international trade show Pitti Immagine Uomo were optimistic about the shoe category.

“Footwear is a strong category for men’s at Bloomingdale’s, and we’re pleased with its performance and growth,” said Josh Peskowitz, men’s fashion director at the department store, who noted that he was impressed by Harrys of London’s new waxed-suede offering and Church’s mixed-up color wingtips.

Other key retailers attending the show were upbeat as well.

“Footwear definitely has momentum,” said Maurizio Purificato, owner of high-end boutique Antonia Uomo in Milan. “Men are seeking special, high-quality shoes to complete their look and we are buying to meet their expectations.” Purificato also forecast that there will be a return to more classic, elegant styles and he pointed to Italian brand Diemme and American label Alden as some of the most interesting lines showing at Pitti this season.

Tancrede de Lalun, merchandise manager for men’s and women’s wear at Printemps, also was impressed by the fresh trends on display. “It’s all about a rounded urban footwear style, whether it be a shoe or a lace upboot, that is done either in a classic way, with a leather sole, or in a more fantasy version with colored rubber soles.”

Below are highlights from some of the key brands exhibiting at the show.

• Giuseppe Zanotti’s men’s collection, called Giuseppe Homme, revolved around the idea of an elegant look for a metrosexual man. The Italian designer introduced several styles, including Western-inspired ankle-boots featuring angled “cowboy” heels. The range also included a plethora of slippers in various fabrics, along with sneakers, such as a high-top style embellished with a shark’s tooth-shaped gold zipper puller.

The label, which recently unveiled its first men’s store in Milan, is planning to debut a men’s corner at Harrods in London this year. The brand also is gearing up to open several men’s and women’s doors, such as three stores in Seoul, South Korea, and one in Xian, China, as well as a shop-in-shop for sneakers at Selfridges in London.

• Fratelli Rossetti revisited its signature Brera tassel loafer for fall, replacing the classic leather sole with a handmade natural latex one, available both in green and purple. The new sole makes the shoe, which is also sold in a boot version, extremely flexible and comfortable through its “bubble” structure featuring air-cushions to absorb shock.

The brand is on the expansion trail, particularly in the growing Asian market. In 2012, it invested significantly in the Chinese market, opening stores in Shanghai and Hong Kong. “China is performing better than we expected,” said company President Diego Rossetti. “Chinese customers are extremely sophisticated. They are not obsessed with labels anymore, but it’s evident that they are seeking high-end products featuring the traditional Italian style.”

Rossetti, which will open additional stores in Beijing and Hangzhou in 2013, is also gearing up to launch its online store in September.

• Cesare Paciotti has been pushing digital as well. The brand recently debuted its e-store, which, according to the company, is performing very well. For fall ’13, the Italian designer focused on his iconic 308 Madison shoe, introducing various versions in vintage-like materials. For his younger line, 4US, he reworked sneakers, creating textured effects with studs or embellishing them with metallic plates.

• In keeping with the company’s core business, PZero, the high-end fashion label parent of giant tire firm Pirelli, peppered its fall collection with references from the automobile and motorcycle racing world. A biker-inspired boot featured a detachable rubber plate on the front to protect the foot, while Chelsea and hiking boots in waterproof brushed calf showed soles featuring a racetrack map.