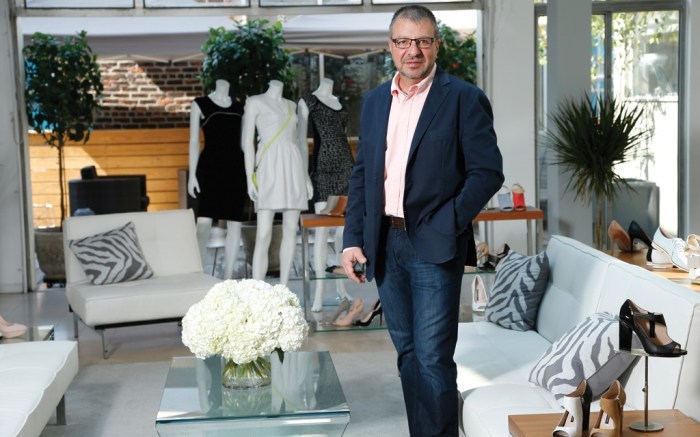 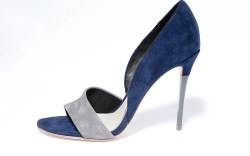 Paterno, who joined Highline United in January — seven months after his own exit from Jones — has restructured the footwear company’s design department. He also brought the majority of the previously far-flung group together under one roof, at Highline United’s New York headquarters.

The fortified team has even bigger plans for 2014. A full design studio, slated to open in December, is under construction in the Manhattan offices.

“Design is everything for us,” Paterno said. “We’re not the biggest, we’re not the fastest and we don’t have the deepest pockets, so at the end of the day, our right to win as a small company is going to come down to great design. We have a history of building great product. Just by bringing a little bit more structure and discipline to the design process, we have tremendous opportunities.”

That applies to each of Highline United’s brands, he said, including house label Luxury Rebel, as well as Ellen Tracy, Ash, Elie Tahari (plus its diffusion line, Tahari), Julian Hakes and French Connection. The company recently brought Ellen Tracy (which had been distributed by Highline’s Chinese division) to its U.S. showroom and parted ways with Jean-Michel Cazabat, a split Paterno said was amicable and aimed at allowing Cazabat to move his manufacturing to Europe from Asia.

Paterno noted that while acquisitions could be on the table further out, the current strategy is centered on bolstering the company’s existing labels. “All of the brands in the portfolio, with the exception of Ash, which is one of the hottest brands in the industry right now, are underdeveloped,” the CEO said. “And they all have great potential.”

Paterno added that French Connection, which bowed footwear for spring ’13, is ripe for expansion.

That brand’s retail partners also were upbeat about its early performance.

“There was already tremendous alignment with the [French Connection] brand and our Piperlime customer on the apparel side, so it was a natural fit for us to take advantage of that momentum on the footwear side,” said Tamar Miller, buying director for women’s shoes at Piperlime.com. “The aesthetic addresses the needs of our contemporary girl in a compelling way, with silhouettes that are commercial but cool at the same time.”

Paterno and team also are targeting Elie Tahari for growth.

“Elie Tahari has been a very successful brand for us, with nice distribution and a nice track record, but it has been mostly dress-oriented, so we are starting to build the casual category. Fashion casual is begging for some new [offerings],” Paterno said.

Ash, the 13-year-old European label for which Highline holds global distribution rights, is the firm’s most developed footwear collection. While fashion sneakers are the core of the line, there is plenty of room for new categories as well, according to Paterno.

“We believe that Ash has the potential to be a much broader lifestyle brand,” he said. “We have done other categories in-house with some small partnerships, including handbags and some leather jackets, but we hope to [ink] more formal license arrangements with partners to help develop those categories more quickly.”

In addition, Ash sees significant opportunities within its own 40 branded doors. The first U.S. Ash flagship bowed in 2011 in Manhattan, and the label is looking to open a second New York store next year. Boutiques in Los Angeles, San Francisco and Chicago would likely follow, Paterno said. “We are going to be very selective in [placing] Ash stores in great locations and important markets,” he added.

Any new Ash shop, in the U.S. and internationally, will follow a revamped design that is a departure from the Soho store’s stark, minimalist vibe. “We are trying to create a retail store that’s not just [about the] transaction,” Paterno said. “The Ash customer has a real connection with the brand, and we are trying to create a store that invites a shopper to just come and hang out. We will have free Wi-Fi, and we want her to feel comfortable enough to walk in with a cup of coffee and relax if she’d like.”

“We have not done a good job with that historically, so we are looking at hiring an in-house marketing manager [for all brands] with a strong social background, as well as expanding our relationship with the PR agency we’ve been working with on the Ash brand,” he said.

While the U.S. remains Highline United’s biggest overall market, international expansion is a focus. The company opened an office and showroom in Munich about 18 months ago and a London showroom six months ago.

“We’ve had great growth in Germany and the German-speaking markets,” Paterno said. “Retail in Europe is challenging now, but the economy has remained strong [in German-speaking markets]. The U.K. also has had big growth. We have tremendous opportunities for many of our brands with distributors around the world, [including] the Middle East, South Africa and Australia. Those are untapped markets for us.”

Although challenges remain, Paterno is confident heading into 2014. He compared Highline United to a startup environment, citing its flexibility as a big advantage. “We have some really good people here and a great portfolio of brands, so there’s a lot to work with,” he said.