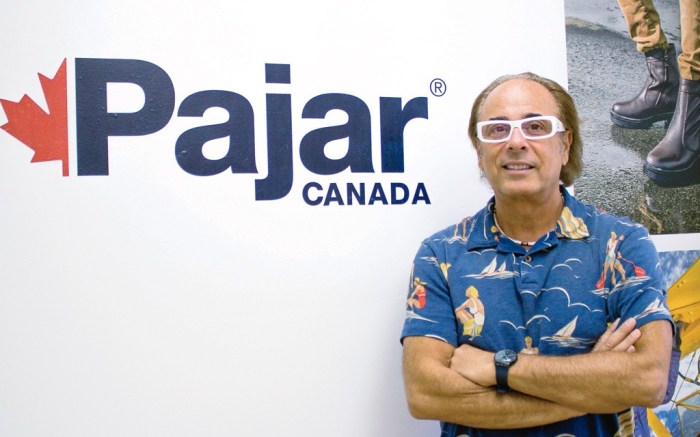 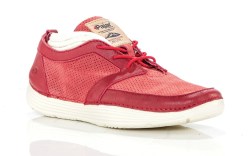 Pajar Canada’s 50th anniversary this year marks a new chapter for the company, as product launches, updated branding and a pumped-up retail presence give the family-owned firm reason for excitement.

“We see ourselves as an up-and-coming brand, even though we’re 50 years old,” said Pajar President Jacques Golbert, whose father founded the Montreal-based brand in 1963. “In Canada, we’re extremely well-known, but there are phenomenal opportunities in the U.S.”

Recognized for its fall and winter cold-weather products, Pajar is already sold in more than 40 countries and at such department stores as Lord & Taylor, Bloomingdale’s and Saks Fifth Avenue in the States. (It also holds the North American license for London Fog footwear, as well as Royal Elastics.)

The brand touts its domestic manufacturing prowess as one of its strongest selling points. Pajar has owned and operated a factory in Montreal since 1975, producing 10 percent of its footwear there.

“We call ourselves ‘The Last of the Mohicans,’” Golbert said. “This factory is where we make our high-end heritage collection — our top-quality sheepskin boots.”

Looking to expand beyond cold-weather gear, Pajar will introduce for spring ’14 a collection of minimalist-inspired shoes, which Golbert said will give the brand more versatility at retail. The men’s and women’s lines of slip-ons, boat shoes, chukkas and moccasins feature lightweight comfort technology and are priced from $80 to $160 at retail.

“We started out as more of a functional type of boot brand, but now we’ve brought our fashion up to a very cool Canadian-urban look,” Golbert said. “We didn’t have the year-round product we needed when we started, and now we do.”

New children’s products are also in the pipeline, in partnership with an unnamed U.S.-based company that will license Pajar’s kids’ boots and shoes for fall ’14.

Aside from updates to the merchandise mix, Pajar is making the biggest brand-awareness push in its history. This year, the label hired its first outside marketing agency, updated its logo and relaunched its website. And to celebrate the firm’s 50th anniversary, Golbert said, billboards will appear in Pajar’s top markets.

Additionally, plans are in the works to boost the brand’s retail presence. The company operates one branded store in the Netherlands and seven shop-in-shops and additional spaces in malls in South Korea. It aims to open two doors in Beijing this fall with the hope of bringing its store and shop-in-shop count to 30 by year’s end. The look of the stores also has been redesigned to play up the brand’s Canadian heritage. Golbert said the hottest market right now is South Korea, where sales have doubled over the last three years.

“There’s a strong possibility that we’ll open two or three stores in Germany or even France,” Golbert said. “As we’re growing, [retailers] are coming to us and asking about the possibilities for new shop-in-shops.”

Despite Pajar’s momentum, the president said he is aware of issues that other cold-weather brands have faced over the past couple of years. With mild winters impacting outdoor retailers, unseasonal weather has become a larger concern.

“The major challenge for us is the weather,” Golbert said. “We’re like farmers — when it’s winter, we’d like to see cold and snow for our retailers.”

Judy Wender, buyer for Bloomingbird’s in Aspen, Colo., said Pajar’s winter boots are among the boutique’s best-sellers. “It’s very much a performance brand as much as it is fashion,” she said, adding that her store only carries Pajar for the fall and winter seasons.

Tip Top Shoes owner Danny Wasserman noted that now is an opportune time for Pajar to focus on new categories. “The consumer recognizes the brand, and it’s time to step out and brand everything under the Pajar label,” said the New York-based retailer.

Fellow Manhattan retailer Robert Goldberg, owner of Harry’s Shoes, said he is optimistic about the potential of Pajar’s spring products. His store debuted a Pajar shop-in-shop this past fall with the aim of turning it into a 12-month business.

“It’s not going to be one of those brands that is held up by being weather-dependent,” Goldberg said. “It is very tuned into the market and caters to the needs of the retailers in terms of fashion trends and relevance from a consumer perspective.”