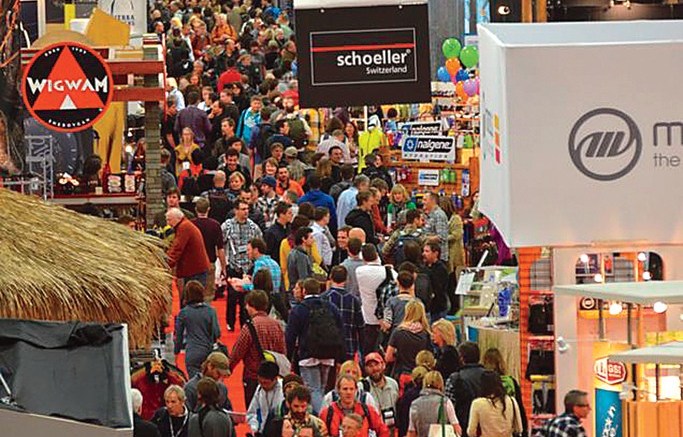 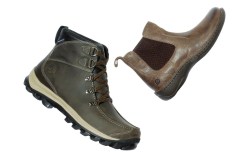 Retailers are feeling bullish as they make their way to Salt Lake City for this week’s Outdoor Retailer show.

New product, bright colors and growth on the casual side of the business have buyers upbeat about the season ahead.

“I get really energized when I go out [to OR],” said Dan Foster, owner of Mountain Chalet in Colorado Springs, Colo. “There’s so much good stuff, it’s just a question of what to bring in.”

But there are a number of concerns as well. The continued mild temperatures across much of the country will impact how retailers buy and what stores pick up for fall ’13. Uncertainty about tariff rates is a concern, too.

“With a second bad winter in a row, things are less exciting,” said Mike Dahlberg, merchandise manager at Minneapolis-based Midwest Mountaineering. “If we were getting record snowfall, we’d be shopping for exciting new ways to deal with that. I’ll order for semi-mediocre, less-than-average [snowfall].”

In terms of overall strategies, buyers for Park City, Utah-based e-tailer Backcountry.com and Boston-based chain City Sports said their main objectives for the show will be to review and tweak existing fall ’13 orders, as well as add smaller and newer brands.

And Travis Zarins, VP and GMM for Raleigh, N.C.-based independent Great Outdoor Provision Co., noted that going into the show he already has a “solid base” of orders confirmed. “We’re 80 percent set. We’re looking for the 20 percent we want to play around with now,” he said.

Talking Strategy
Several retailers said that finding new brands or categories at OR will be a priority, in large part to help differentiate their stores from the competition. “It’s really important that we set ourselves apart from the big-box stores. People come to us for something new that they don’t find anywhere else,” said Cindy Cast, footwear buyer and store manager for The Base Camp, which has locations in Helena and Billings, Mont.

Cast said she normally sets aside at least half an hour each day at the show to look for new product, even if it means shopping carefully.

“One of my big restrictions is the space in the back room,” she said. “But I’m excited about finding something new.”

It’s also a priority for Mountain Chalet’s Foster. “If we find one new vendor, that can make the whole trip worthwhile,” he said.

Anthony Clark, footwear buyer for Backcountry.com, said that recent site additions such as Jambu for women and Clarks for men have been strong performers. At the show, he plans to check out African-made casual brand Oliberté, “The Oliberté stuff is interesting to me,” he said. “And it has an amazing story behind it.”

While newness is a priority, retailers also are tweaking their strategies in other ways. Great Outdoor Provision Co.’s Zarins said his store has had success by breaking the habit of always ordering women’s and men’s versions of the same shoes to focus on the best products for each assortment.

Backcountry.com’s Clark said the unpredictability of winter weather has pushed the site to place smaller, more-frequent orders. “By doing an order every month, we can touch all our product on a [more frequent] basis,” he said.

Retailers said the casual category has been a growth opportunity in the past few seasons, and they plan to ramp up the mix for fall ’13.

“We’ve greatly expanded our casual assortment over the last two years, and we’re focused [now] on growing a couple of lines that have been really good for us,” said The Base Camp’s Cast. “We want to go deep and broad, adding a few small lines.”

Backcountry.com brought on Clarks and Born for fall ’12, two brands that have generated impressive sales. The site is looking for a few all-weather styles to round out its offering.

“We want to beef up the boot category stuff and the casual shoes that allow us to sell year-round, because the consumer can use it for daily wear,” Clark said.

After two winters with disappointing snowfall, Midwest Mountaineering’s Dahlberg said hiking styles have a new prominence in the winter mix. “[We’ve seen] hiking boots pick up. [Consumers] will buy them and use them for a mild winter,” he said.

City Sports footwear buyer Greg Zuckerman said the chain will up its focus on the hiking category. “Given the mild winter, for fall ’13, we see an opportunity in the multipurpose boot — the all-around hiking boot that can also be used as a commuter style.”

Color also will be on the minds of buyers, echoing the trend’s strength in the athletic market.

“[A variety of] color has become more important for women, and we’ve expanded the number of colors we carry,” said Cast, adding that The Base Camp already brought in some early spring Merrell product in blue, port and purples, and has seen strong response. “People are happy to see a little better choice,” she said. “They’re just not as afraid as they used to be.”