One to Watch: Skora 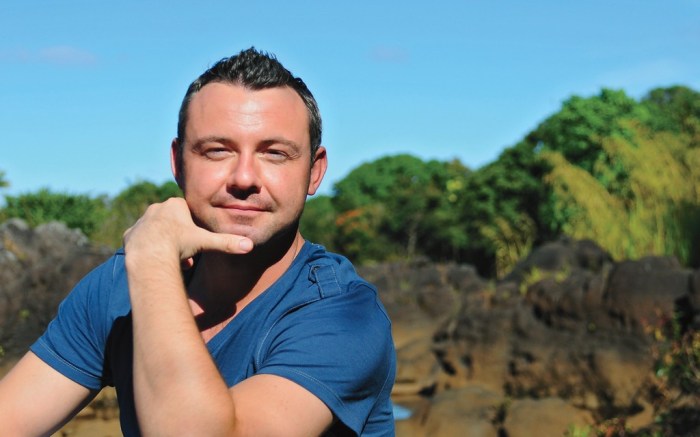 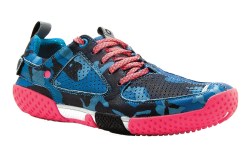 Breaking into the footwear game is far from easy, but Portland, Ore.-based Skora is making it happen with a less-is-more approach.

The natural-movement running shoe line, which launched last February, is the brainchild of David Sypniewski, a dedicated amateur runner who learned about the barefoot movement after an injury. And despite the size, history and deep pockets of competing brands, the fledgling line is finding placement and winning fans in the specialty channel.

“What these guys are doing is different from other shoe companies,” said Gillian Robinson, co-owner of Zombie Runner in Palo Alto, Calif. “The [shoes are] really comfortable, and they deliver what they set out to deliver: They have more natural feeling than some more-minimal shoes.”

For Sypniewski, the mission was simple.

“When I got injured back in 2001, I discovered that traditional footwear, with all the components and orthotics, wasn’t helping my severe IT band issues,” he said. Drawn by information about the then-underground barefoot movement, Sypniewski started making his own homemade running shoes: socks with latex rubber bottoms for protection. And when Nike Free and Vibram FiveFingers hit the market several years ago, Sypniewski started to think his idea could work commercially.

Skora shoes are built on a unisex, zero-drop platform with a concave forefoot and a rounded heel, which Sypniewski said allows the footwear to adjust to any runner’s gait instead of repositioning the foot.

The brand launched with two styles: Form, made with a Pittards goatskin upper and asymmetrical lacing; and the Base, with a stretch-fit synthetic upper and X-strap closure. For spring ’13, it has added the Phase and Core styles, which offer a different experience by using a firm blown-rubber outsole/midsole.

“Everything has been guided by how you can embrace and applaud the human foot, not cocoon it in something supernatural,” Sypniewski said. “It’s a fine balance so the runner gets ground feel, but with the right amount of protection and cushioning.”

The 2013 styles, which retail for $110 to $185, will help advance the brand’s sleek and fast aesthetic, according to their creator.

But keeping that point of view while maintaining the shoes’ anatomical shape has been a challenge. “We have to meld what [the eye typically] sees as fast, forward-moving shoes to a shape that is almost flat,” Sypniewski said. “The factory had to rework the way it [approached shoes], but it’s a critical component that we wanted.”

Next, Sypniewski said, he’s considering adding a new road running platform, as well as a trail style, for 2014.

Zombie Runner will stock the two new styles for spring ’13, and Robinson said she’s excited about the broad appeal of the line. “[Some customers are buying it] purely as another choice of running shoe, but the other audience is someone looking for a nice casual shoe, something attractive that’s really comfortable,” she said.

Today, Skora is sold in 25 specialty running shops in the U.S., as well as stores in Canada and the Philippines. For spring, the company will add Amazon.com and retailers in South Korea and Poland, and by fall ’13, it expects to have 75 U.S. accounts and distribution in Japan, Russia and Mexico, as the running market as a whole moves in Skora’s direction.

“Consumers are demanding it — they want something that is a healthier, with a more natural approach,” Sypniewski said. “Skora represents something that is more holistic from a design standpoint and a return to something we know is better.”

David Sypniewski
Age: 34
Hometown: Edmonton, Alberta, Canada
Inspiration: A long recovery from an IT band injury left Sypniewski looking for alternatives to mainstream running shoes. “It angered me, to be honest,” he said. “I felt like I got lied to, that the technology they were selling was somehow a magic pill, but it was the reverse.”
First account: “Luke’s Locker made a purchase without seeing the shoes, just some very early photographs.”
Why Skora moved to Portland: “It’s the hub of the design world, where you can find talent and network,” he said. “And you can’t really find a better environment for testing: We have the cold, the wet, the hot. We can test shoes and feed off other athletic influences as well.”