One to Watch: Sarah Flint 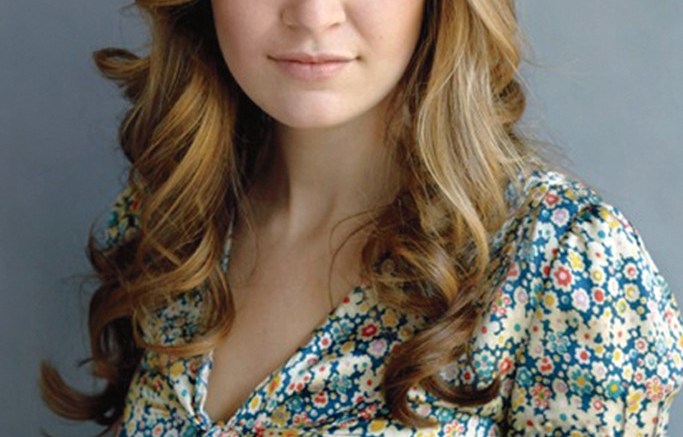 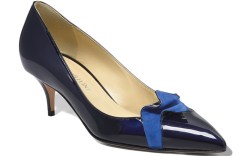 In addition to her flair for footwear design, Sarah Flint has a knack for networking.

Even before her eponymous label went into production for fall ’13, the New York-based designer had already assembled a team of industry veterans to help with the launch. She hired former Cole Haan executive Tracy Smith on the marketing side and Ars Sutoria design instructor and pattern maker Richard Siccardi to serve as production manager. She also put together an advisory board of industry and financial insiders, such as Marvin Traub Associates Managing Director Christopher West, fashion PR agency Full Picture CEO Desiree Gruber and Lands’ End CEO Edgar Huber. Finally, Flint partnered with business-management firm Launch Collective to help with the brand’s startup.

“I am really into making connections and surrounding myself with the best possible support,” she said.

That approach, paired with a cohesive collection that focuses on elegant-yet-wearable styles, has garnered the newcomer some early industry attention. Her made-in-Italy label will be included in an exhibition of emerging designers at The International Footwear Museum of Vigevano outside Milan starting this month, and Flint has secured accounts at a few high-end women’s boutiques, including Tess & Carlos locations in Massachusetts and New York, and Edon Manor in Manhattan.

“Sarah Flint designs shoes that are feminine and practical,” said Edon Manor owner Davinia Wang, who picked up the debut season of the brand, which retails from $545 to $1,195. “She sticks with classic colors, fabrics and styles, and she appeals to the working downtown mother who is looking for something with a ladylike, comfortable and casual feel.”

The fall ’13 collection combines leather and lizard on streamlined, vintage-inspired silhouettes, and for spring ’14, Flint brought stingray into the material mix on strappy sandals, pointy-toe kitten heels and peep-toe d’Orsay pumps. The latest selection also includes flats, sandals and wedges in nappa and patent. Strategically placed folds on the shoes’ uppers hint at a love of Japanese origami.

“That was a fascination that started in college,” said Flint, who attended both Parsons The New School for Design and the Fashion Institute of Technology. “Sometimes, I don’t even start [a footwear design] by sketching. Instead, I start by sitting at my sewing machine and playing around with leather, cutting it up and folding it and seeing what happens.” Her personal sewing machine is a large industrial model that sits in her Manhattan apartment, and the designer knows how to make a shoe from start to finish — another skill she picked up in college.

Flint decided early in life to pursue footwear design. By high school, she already had a part-time job at French Lessons, a women’s boutique near Boston. That led to a summer footwear internship at Diane von Furstenberg and participation in a summer program at Parsons, all while still in her teens.

After graduation, she studied for a year at Parsons while simultaneously working as a buyer for French Lessons. She transferred to F.I.T., where she earned her undergraduate degree while interning in footwear and accessories at Proenza Schouler. After that, Flint studied pattern-making and prototyping at Ars Sutoria.

Siccardi, who now works part-time on the shoe label in addition to his duties at Ars Sutoria, said he spotted Flint’s potential immediately. “What is special about Sarah Flint as a designer is that she fell in love with a certain style that was reminiscent of the 1940s, when details were so accurate, and designers were shoe experts first, as opposed to trend experts,” said Siccardi, whose background includes pattern-making for Manolo Blahnik. “Sarah came to Ars Sutoria for this purpose exactly, and I was so happy to have a student arrive with this concept. I knew at once that we could work together [on] shoes that are attractive and feminine without being loud and excessive.”

Flint said her target customer is someone who wants timeless and exciting footwear. “She’s the woman who is looking for taste over trend,” the designer said, adding that she worked as a nanny on Manhattan’s Upper East Side for a year while building her business, doing unofficial market research by speaking with moms in the Nightingale-Bamford prep school pickup line. “She buys into what she thinks is beautiful, what she thinks is fresh — and she wants quality.”

Flint launched an e-commerce site earlier this month and plans to expand the label eventually to include accessories. The longer-term goal is to return to her roots as a retailer and bow a Sarah Flint boutique in New York. “That’s a big part of why I wanted to do this in the first place — to interact with customers,” she said. “I love talking to people.”

Sarah Flint
Age: 25
Hometown: Lincoln, Mass.
First style icon: “My grandma. When I was growing up, she lived in Paris and I would spend a lot of time there with her. She is an unbelievable painter and sculptor, and she is so chic.”
Most inspiring era: The 1940s. “It goes back to the movies I used to watch growing up, like ‘White Christmas’ and ‘Dancing Shoes’ with Ginger Rogers and Fred Astaire. I loved the gowns, the shoes, the whole look.”
Brand ambassador wish list: “Kate Middleton’s style resonates with the collection and my personal style.”
Travel tales: “I recently went to South Africa, and I shared highlights from the trip on social media. We went gorilla trekking in Rwanda. You’ll see African-inspired prints and textures in [my collection for] fall ’14.”