One to Watch: Plomo 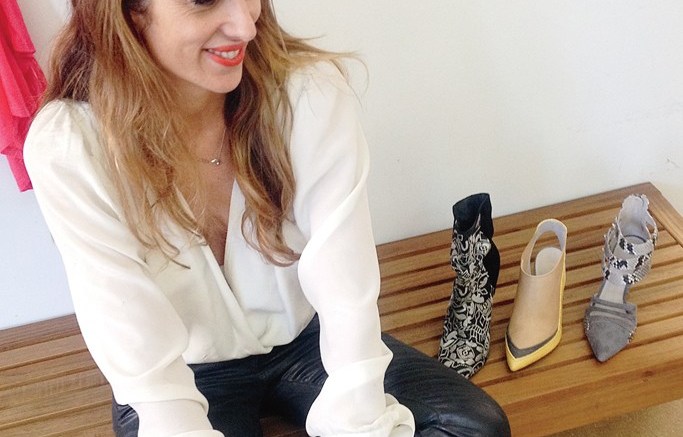 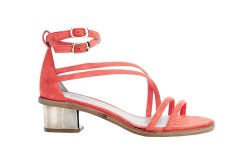 The designer, who co-founded the brand with friend Galia Katz after receiving financial backing from friends and family, said she carefully looked for a name that would empower women. She decided on Plomo, which is Spanish for the natural element “lead.” The name was picked to not only define the product but also the customer.

“When you walk, you walk confidently, like a secure woman,” Bilbao said, describing her goal when designing the collection, which encompasses heels, sandals, boots and menswear-inspired slip-ons and laceups.

The New York-based brand already has caught the eye of celebrity fans such as Jessica Biel, Kate Moss and Sarah Jessica Parker. All have been spotted wearing Plomo’s cut-out bootie and a cowboy-style shoe with embroidery.

A best-seller from the fall line — the embroidered boot — was so popular that Bilbao will reintroduce the appliqué on sandals, which will be offered in different colorways for spring. Drawing inspiration from her hometown of Bilbao, Spain (coincidentally the same as her last name), the designer paid homage to the Basque region by incorporating artisanal techniques and locally sourced fabrics into her spring collection. The line, which will retail for $400, also will feature wooden heels and plenty of satin.

Playing with textures was an important part of next season’s shoes, Bilbao said, and the designer dedicated plenty of time to making sure she found the right materials. Python mixed with leather and various metallics are just a few of the key notes in her spring offering.

While Plomo is based in Manhattan, the designer oversees most of the brand’s production in Spain. The shoes are made in the city of Elda in the Spanish province of Alicante, not far from Bilbao, a region that is home to many footwear factories. This gives Plomo’s shoes a decidedly European aesthetic.

“Our customers look to us for something different. We don’t sell basics,” pointed out Bilbao, who has signed such retail accounts as Shopbop.com, Intermix and American Rag, as well as other independent retailers.

Jane Kolu, owner of Los Angeles boutique Kolu Clothing, said variety works well in her store. “We love Plomo for its individuality and playfulness,” she noted. “We are very excited about the future for Plomo and feel this brand is going to make its mark in the industry and in the hearts of its customers.”

Similarly, e-tailer Bonadrag.com liked the brand’s elegant shapes and flattering silhouettes, said founder Heather Wojner. “Plomo’s pointy-toe shoes and great color palette is what first drew us,” she explained. “The quality is also fantastic. They always look more expensive then they are.”

As her brand grows, Bilbao said she is committed to maintaining its originality.

“I read magazines and see what’s happening [in the market], but at the end of the day, I don’t follow trends. I believe you have to create your own thing,” she said, adding that she is inspired by other designers — past and present. “Cristobal Balenciaga was one of my favorite designers. He was Basque; I’m Basque. There’s just a connection there.”

Keltse Bilbao
Age: 33
Training: “I got my master’s degree in global fashion management and accessories design at the Fashion Institute of Technology. This gave me the knowledge I needed to understand the business as well as the market in the U.S.”
Mentor: “I never really had anyone showing me what to do. Running the business has been the best kind of school. I started Plomo before studying at FIT but went to school to learn how to be more efficient at running my company and designing my collections.”
Business lesson: “You need to be prepared to update the plan constantly. Many things have changed since I started. Even the design has evolved. I’ve learned that you need to improvise and solve problems the best you can. As an owner, you also need a lot of patience and a positive mindset. Finally, you always need more money than what you think you do, so always ask for more.”