One to Watch: Paul Andrew 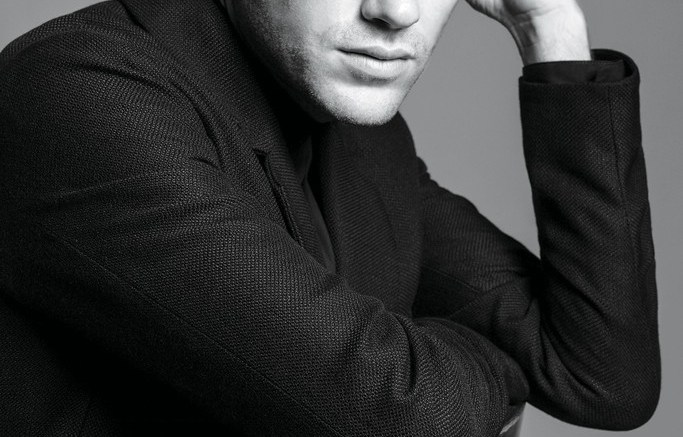 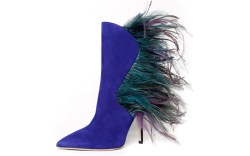 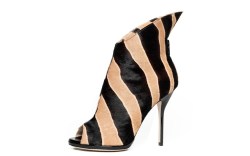 Paul Andrew launched his solo act for spring ’13 with a strong debut under his own name, and he’s already got the industry talking.

“It’s rather the antithesis of the clunky statement shoes that have been so prevalent over the last few years,” she said. “There’s a fetish to the cut of a shoe on the foot, and I find that Paul gets the proportion spot on.”

Top retailers also have taken notice of the brand’s modern signatures in rich materials. Barneys New York, Saks Fifth Avenue and Shopbop.com are among those that have picked up the launch collection.

“His designs are so graceful and feminine,” said Daniela Vitale, COO and EVP at Barneys. “It is nice to see a sexy shoe with a softer pattern.”

For a still-young talent, Andrew’s resume includes an impressive range of experiences alongside such designers as Alexander McQueen, Narciso Rodriguez and Calvin Klein. But perhaps he is best known for his tenure at Donna Karan, where he spent the last decade working closely with the New York designer.

“Paul Andrew does not design just any shoe,” said Karan. “He focuses on every detail, so it’s all about the toe, the heel, the fabric. He really has a great vision and brings his own creative perspective to every design.”

Andrew credits Karan for his understanding of what women really want, and though he has left his position as VP of shoes and accessories design, he will continue to collaborate with her in a freelance role. His eponymous line even will be sold in the Donna Karan Collection retail stores starting with pre-fall.

“What I wanted to do was create a sexy, elegant, well-crafted shoe collection that is simultaneously comfortable and wearable,” said Andrew, adding that beauty is a priority as well. “Shoes are difficult to fit, and [Karan] always pushed me to make them better. It’s been torture at times to get them perfect, but that focus on fit, comfort and quality is what sets me apart.”

He noted that another goal was to produce something fresh on the single sole — and make it comfortable. Thus sparked the idea for a sliver-sized platform injected with memory foam. “It’s like standing in your house slippers in your stilettos,” Andrew joked.

His made-in-Italy collection features a variety of exclusive materials and richly developed fabrications, such as triple-dyed suede, hand-dyed ostrich and beaver skins, as well as hand-painted python. And, Andrew noted, he’s struck a balance regarding cost, with prices ranging from $595 for a suede or leather pump to almost $3,000 for styles incorporating Swarovski embroidery or beaver fur.

According to Andrew, the time was right to strike out on his own last year, when he felt he had the technical knowledge and business experience to do it. “It’s not so easy to start your own line at this level, and you need a lot of savings,” he said. “I was a little bit worried in the beginning, but the response has been so enthusiastic that I’m thrilled I did it.”

Inspiration comes easily to the designer, although he tries not to be too literal because timeless style is the ideal. After recently making a study of birds and flight, he said several patterns emerged that mimicked wings on ankle boots and feminine booties.

“Part of the reason I wanted to start my own line is that I’m full of so many different ideas, and they couldn’t be manifested all for one brand,” Andrew said.

Luckily, the designer has already found multiple outlets for his creativity, including working with Vera Wang and Stefano Pilati in his new post as creative director at Agnona, the women’s brand owned by Zegna Group.

When asked how he manages this juggling act, Andrew said, “It’s a little crazy and I’m working a lot of hours at the moment. But it’s interesting and one project really feeds the other, even though they all have very different aesthetics.”

For fall, Andrew remains focused on expanding his line’s distribution in the U.S. among specialty stores, and aims to grow the business in Europe, Russia and Asia. But for now, the designer said he is eager to see his debut line deliver to stores.

“I am presenting my third collection in February, but nothing has shipped yet. I am most looking forward to seeing the reaction from the customer, and that will inform me how to grow the business further,” Andrew said.

Down the line, there are plans to launch women’s handbags and accessories, as well as men’s shoes.

“It’s a real passion, and I have factories that I am interested in working with, but baby steps. I need to solidify the business in shoes first,” Andrew said.

“His sensibility, craftsmanship and true design detail attracted us to the brand,” said Dayna Ziegler, VP and DMM of women’s shoes at Saks Fifth Avenue. “We would love to see how he translates his vision to new styles and classifications.”

Paul Andrew
Age: 34
Launch season: Spring ’13
Hometown: Berkshire, England
Headquarters: New York
Training: Graduated in 1999 from Berkshire College of Art & Design, England, with a bachelor’s degree in women’s fashion and footwear design
Fashion icons: Miuccia Prada, Azzedine Alaïa, Donna Karan and Helmut Lang. “What [Lang] was doing in the 1990s inspired me when I was starting my career and continues to be relevant. He is a genius.”
Mentors: “Donna Karan and Peter Speliopoulos have been amazing mentors over the years. Michelle Sanders has been a wonderful support since my graduation collection and to this day has hooked me up with buyers and editor friends. I take my hat off to her.”
Celebrity hit-list: “Felicity Jones, Charlize Theron.”
Most important lesson: “Never take anything for granted. Nothing is a given. You have to be ready for every eventuality — especially with shoes.”