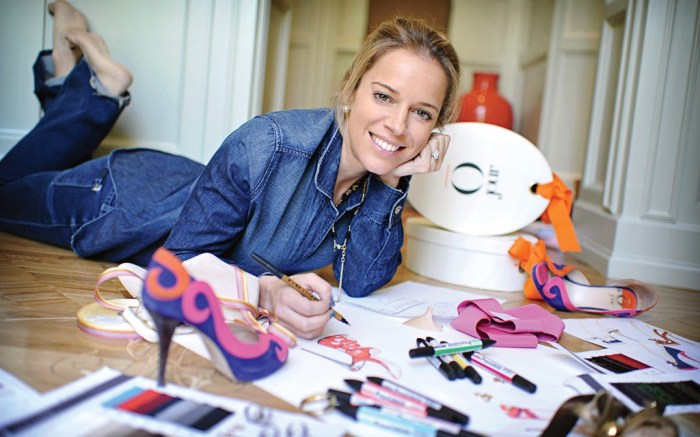 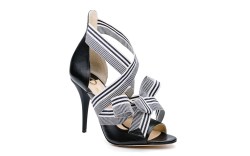 Giorgia Caovilla has always had an affinity for shoes. The daughter of Italian footwear designer René Caovilla grew up surrounded by elegant, exquisitely detailed sandals and stilettos, but not until she left home did she find her true passion for the industry.

Caovilla, who originally studied law at the University of Milan, took a trip to the U.S. after graduation. “I visited New York,” the designer recalled, “and the city was so exciting for me that I had to find a way to keep going back. When I [returned to Italy], I said to my father, ‘Maybe I can start selling shoes in New York.’”

In spring ’11, after 10 years working primarily on sales for her father’s eponymous line, Caovilla launched her independent women’s brand, O Jour, based in Riviera del Brenta, Italy, near Venice, where the shoes are also made. “My father taught me a lot, but it was time to write my own history,” she said.

O Jour is indeed her own creation, with an aesthetic that sharply contrasts the elder Caovilla’s ornate, often-bejeweled luxury line. O Jour puts the emphasis on casual fashion, with low- and mid-heel leather and satin sandals, pumps and slip-ons, and such details as dainty bows and pert stitching. “I wanted to say something different, something more like me,” Caovilla said. “I wanted to focus on daytime shoes that women could walk in. No more stones, no more beads, just feminine shoes that were wearable for every day and every situation.”

Even now, as she ventures into slightly higher heels and more adventurous silhouettes for spring ’14, Caovilla remains focused on the practical. “[Each design] has to be something I can relate to,” she said. “I have to like it. I do things that I can wear. These are shoes [created] by a woman for a woman.”

The market has responded well to that approach. Neiman Marcus picked up O Jour shortly after its launch and has carried it for five seasons and counting. And the label, which retails for $350 to $890, also is amassing celebrity fans, including songstress Taylor Swift, who has been photographed in O Jour styles several times.

Neiman Marcus fashion director Ken Downing said the brand’s combination of comfort, novelty and charm appeals to the department store’s customer. “Giorgia Caovilla is not only a great designer, she is her own muse, inspiring our customers with her fanciful designs and [her presence] when she makes personal appearances in our stores,” he said. “Special is her mantra — each shoe has its own personality.”

Added Martha Leonard, footwear and handbag buyer at the upscale Stanley Korshak boutique in Dallas, “We have had a very nice response to the O Jour collection in our store. My customer is partial to shoes that are feminine and novel, and O Jour appeals to women of all ages who are looking for a special shoe in a lower heel. The shoes are beautifully crafted with interesting details.”

But cultivating the brand’s unique character wasn’t easy in the beginning. “I had to find a new message, to propose something new and different, and that was really difficult for me,” Caovilla said. “The second [challenge] was finding all the energy to do everything alone. Before, I was supported by a lot of people and money, and in this new journey, I had to be alone. That was very hard.”

The designer so far has managed to maintain her brand’s upward trajectory over the past three years, including adding the label’s first handbag style for fall ’13 and building an international presence, from France to South Korea. Next, O Jour will launch e-commerce, set to go live for fall ’13. After that, Caovilla’s goal is to bow a brick-and-mortar flagship in either Europe or the U.S. Her first choice for a U.S. location? New York, of course.

Indeed, the designer’s love affair with the city that started it all is still going strong. “Most of my clients come to Milan [for market appointments], but I’m still coming to New York four times a year,” she said. “New York gives me a freedom like I never felt anywhere else.”

Signature color: Orange. “It gives a lot of energy, and it’s the only color I could wear forever and never get tired of it. I put orange inside all the O Jour boxes, and there are small orange stitches on the ‘O’ logo.”

On family: “I don’t know [if my daughters, ages 4 and 6, will grow up to work in footwear]. I hope they will do whatever they like. It was really hard for me to find my way, and I know they have to do it themselves.”

Favorite designer labels: “Ralph Lauren, Hermès and now Dior, for the latest collection. It’s fresher and clean, but at the same time, aggressive and young.”