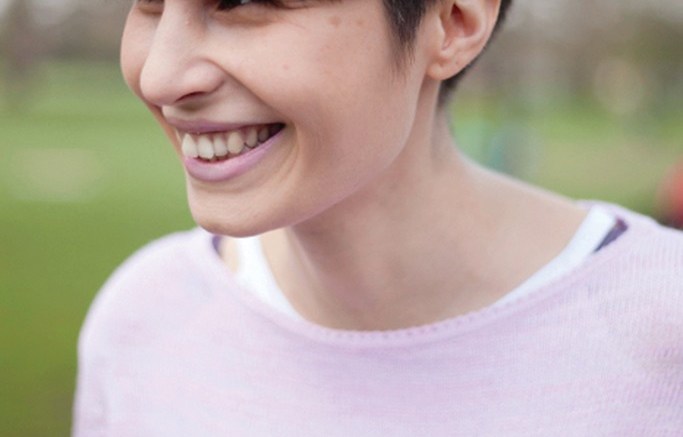 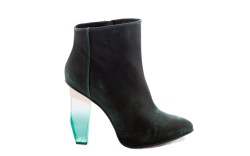 Laura Villasenin challenges herself each season to make shoes that mix experimentation, sophistication and practicality.

“I want to create a product that is different and that makes people say, ‘Oh, wow, this is actually fresh.’ But it still has to be very elegant,” the designer said of her London-based footwear label, Miista. Founded in 2010, the fashion-forward brand lately has attracted serious attention from industry insiders.

British Footwear Association CEO Richard Kottler listed the label as one of his group’s standout performers at FN Platform in February. “[Miista] is really making great strides,” he said recently. “It represents the quirky, British take on footwear and is pushing back a few boundaries.”

But Villasenin, who was raised in Spain, didn’t start out to be a fashion designer. As a high school graduate, she envisioned enrolling at an art academy, but her parents urged her to take a more pragmatic route — nursing school. Upon completing her degree, she headed to London and enrolled at Cordwainers at London College of Fashion, financing the endeavor with a part-time nursing job. “Fashion always interested me, so I thought of product design,” she said. “I [visited] Cordwainers and I felt like [shoe design] was what I wanted to do.”

After Cordwainers came a job at Terra Plana, followed by a stint at Aldo, for which Villasenin temporarily relocated to Canada. Then, she took on freelance gigs for such labels as Topshop.

With more experience under her belt, the designer set her sights even higher. “I was completely ready to start my own thing,” she said. “[In my other jobs], I always felt I wasn’t able to innovate as much as I wanted. But at the same time, I didn’t want to go into a [luxury] world. I wanted to innovate within a mid-market [price range].”

With a team of eight, Miista produces a mostly leather, made-in-Spain collection of heels, platforms, boots and flats in inventive hues and shapes, retailing for $130 to $300. In the U.S., the brand is carried by about 60 retailers, including Nordstrom, Anthropologie, Urban Outfitters and independents such as Pixie Market in New York and Solestruck in Portland, Ore.

“We have carried Miista [since] its freshman season,” said Solestruck’s brand manager and creative director, Ty McBride. “Laura creates a line from scratch each season that branches out from her core concept. It is designed from the ground up. The price and variety keeps the Solestruck client coming back, and it’s on point but also walking to its own beat.”

Indeed, each season’s footwear mix is built tightly around a single — sometimes outlandish — theme that is translated into unique graphics for both footwear and lookbooks, all of which are created in-house. “For example, the [spring ’13] collection was called Electromancer and was very much inspired by the way materials react to light,” Villasenin said. “You can see that in the ways we used color, prints and Perspex [clear acrylic resin] heels. The [fall ’13] collection is inspired by one of Nick Cave’s songs, [“Where the Wild Roses Grow”], with understated colors and winter flowers. We did a lot of experimentation with pressing flowers.”

Villasenin’s unique approach to the creative process posed a challenge at first, though. Retailers expressed concern about what they perceived as a lack of continuity, but that element of surprise also has helped the brand develop, Villasenin explained. “[Buyers] actually come looking for that [variety] now,” she said. “If [they] didn’t, I would probably get bored, because I get bored of things very easily.”

But the biggest difficulty for the fledgling label is producing those offbeat designs. “The Perspex heel [from spring ’13] took a lot of experimentation and lab testing, and by the end we were a month-and-a-half late in production,” Villasenin said. “There’s a great vibe at Miista and we really push things forward, but we are super-young and sometimes we make mistakes.”

Still, she is forging ahead without reservations. Miista added handbags for fall ’13, and a small men’s footwear collection is planned for spring ’14.

“The goal,” Villasenin said, “is to keep focusing on product that is affordable to regular, middle-class people who just love fashion.”

Laura Villasenin
Age: 33
Hometown: Santiago de Compostela in Galicia, Spain
Current city: London. “It’s a love-hate relationship, but I love it much more than I hate it.”
Fashion crush: “At the moment, I’m very much into Cara Delevingne. She’s a sophisticated rebel.”
Essential design soundtrack: “I like electronic [music] from the 1990s mainly, [including] The Knife from Sweden. It makes me happy.”
Spreading the word: “The first season we sold more [footwear] than we put in the budget. We had to put all of our [marketing and PR] money into production, so we [compensated with] social media. It was very good because we realized that the customers love interacting with the product. It just works.”