One to Watch: Jerome Dreyfuss 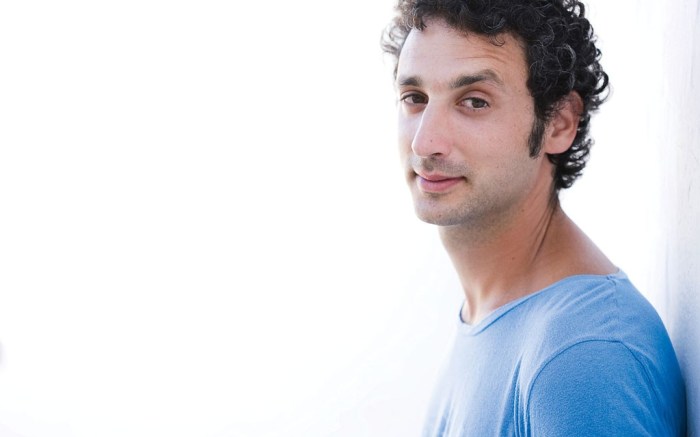 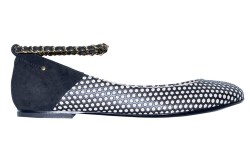 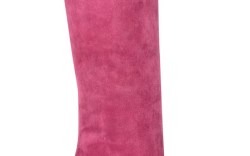 Jérôme Dreyfuss is already a big name in handbags. His eponymous creations have sold well in Europe for 11 years and been spotted on such celebrities as Sarah Jessica Parker, Naomi Watts, Nicole Richie and Kate Bosworth. The Paris-based designer now has his sights set on footwear, and he’s poised to garner major buzz in the category.

To test the waters, he soft launched a capsule collection for fall ’13, landing accounts at Barneys New York, Matches London, Shoescribe.com and several high-end boutiques including Elyse Walker in Pacific Palisades, Calif. For spring, he will debut his first full shoe offering and work to build a bigger presence in the U.S. Dreyfuss already has a New York boutique, which sells the footwear, as well as an e-commerce business. Saks Fifth Avenue will add the category for spring after finding success with the bags.

“We had been watching the evolution of the handbag collection and always loved and understood the aesthetic,” said Elizabeth Kanfer, senior fashion director of accessories at Saks. “The decision to launch the footwear was natural. We felt it was important to communicate to Jérôme and to our customers that we support the brand in both categories. We are excited to start selling the collection.”

Like his accessory items and the interiors of his flagship stores (in the U.S., France, Taiwan and South Korea), the made-in-Italy footwear designs are studies in chic minimalism. The single-sole boots and booties, pumps, flats and sandals, retailing for $490 to $1,720, are high end but subtle, with minimal metal embellishments, no visible logos and always a sense of levity.

“I am a really classic guy, but I love to have fun,” said Dreyfuss, who studied fashion at ESMOD France before dropping out to take a design job with John Galliano. He later worked as a consultant for Elite Model Management and launched his own apparel label, Couture à Porter, before transitioning to accessories. “The goal is to succeed with super-comfortable, nice [footwear], but with a little twist to make the woman smile. It’s important to play with the product and show the client she can play as well.”

Matches women’s wear buying manager Suzanne Pendlebury described the result as effortlessly cool. “It translates globally,” she said of the designer’s footwear. “Jérôme Dreyfuss epitomizes timeless, chic luxury that never tries too hard. … We have stocked Jérôme’s bag collection for some time, and it has become a favorite with our clients. So when he launched his footwear collection, we jumped at the chance to buy it.”

Dreyfuss’ love of design is well-established: He started sewing at age 6. “I was a really speedy kid, and I always needed to do a lot,” he recalled. “The only way my nanny found to make me calm down and be quiet was to make me sew.”

He kept at it and by age 12 was poring over his mother’s fashion magazines and designing and constructing dresses for his crushes at school. “For me, it was the best way to seduce women,” quipped Dreyfuss, who is now married to fellow designer Isabel Marant. “Today, that is what I still love the most in my work — the feeling that you can [communicate] love to your client.”

And with a new category that allows him to further stretch his creative prowess, the designer strives for cohesion across all collections. “My biggest challenge with the shoe line is to stay faithful to the cut and the detailing that I’m developing for the bags, and to find a way to [translate] them to shoes in the best way possible,” Dreyfuss said. “The inspiration is the same as for the bags — my friends and the girls in the street. My role is just to listen to what people need and try to give them the right response.”

Global initiatives are next for the emerging label. In addition to increasing visibility in the U.S., Dreyfuss will look to grow his Asian footprint with more flagships, as well as add men’s shoes to the mix. But he will do all of it at his own pace. “Slowly but surely,” Dreyfuss said. “We have a lot of dreams, but I like to concentrate on one project [at a time] and learn as much as possible about it. It’s important to me to create a long-lasting, timeless brand.”

Jérôme Dreyfuss
Age: 39
Hometown: Nancy, France
Footwear icons: Azzedine Alaïa and Jean Paul Gaultier. “They make women look so beautiful. And Gaultier, I love that he loves to play and he likes making people laugh.”
French versus American style: “Americans understood the importance of casualwear much quicker. … When I was a kid, French people were laughing about American men wearing their suit with a pair of sneakers — they were shocked by that. And now everybody is [doing that]. Tradition is an obsession in French fashion, so sometimes Americans are more modern.”
On marriage: “[Isabel Marant and I] are still in love after 17 years. It’s so great to have someone who understands who you are and someone you can be so natural with. It’s the best thing that can happen in life.”
Relaxation destination: “I have the great fortune to be the owner of a paradise on earth, a small house in the middle of nowhere by a river in the middle of the forest, and I go there every weekend.”