One to Watch: Freda Salvador 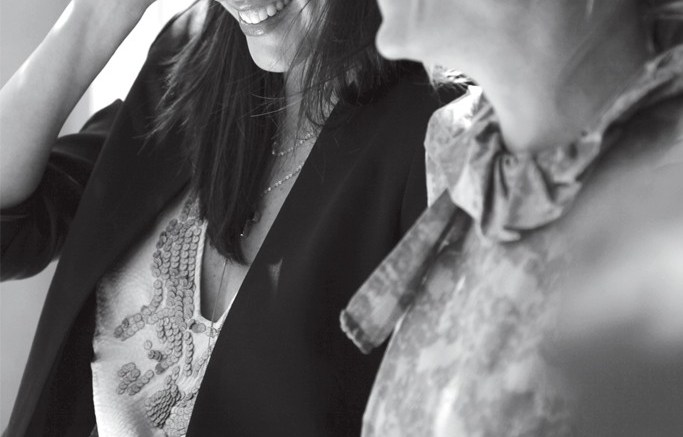 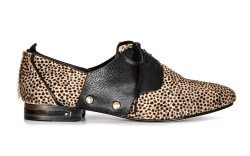 Freda Salvador has had a strong growth trajectory since its fall ’12 launch, but the label’s second year could be even bigger.

“We have heard from all our mentors that the third season is really go time,” said Megan Papay, who co-founded the California brand with fellow designer Cristina Palomo. “We are super excited.” Plans include a push for a bigger presence on the retail front and the label is set to bow its own boutique this month in San Francisco.

Freda Salvador is represented by the Peter Marcus Group showroom (where founder Peter Grueterich and EVP of sales Gladys Cutler have served as mentors), and landed accounts at select Saks Fifth Avenue locations, Harvey Nichols in Hong Kong and Level Shoe District in Dubai, as well as a few independents in the U.S. and abroad.

Even so, the Spain-made brand, which retails from $350 to $750 and includes man-tailored styles with convertible elements and feminine detailing, still flies under the radar, but that’s beginning to change. The designers were nominated for a Fashion Group International Rising Star Award in the accessories category for 2013.

“Freda Salvador mixes luxurious fabrications and adds whimsical touches that allow many of the shoes to be worn more ways than one,” said Tia Powers, footwear buyer at Shopbop.com. “The Shopbop customer loves the fashion point of view, combined with the versatility each style brings to her casual shoe wardrobe.”

Crimson Mim owner Christine Campbell said she met Papay and Palomo in their former roles as designers at the fashion-comfort line Anyi Lu. “They were the nicest, most stylish and coolest gals, and they had a great design aesthetic, so when I found out they were doing their own line, I thought it would be incredible,” Campbell said. Her Los Altos, Calif.-based store picked up almost every fall ’12 style and recently wrote a larger order for spring ’13. “[Palomo and Papay] have something unique, and the design elements and the fact that many of [the styles] are convertible really resonates with our customers. [The brand’s] prospects [in the footwear industry] are very, very good.”

For fall ’13, Freda Salvador continues to evolve, adding more decorative, edgy embellishments and new styles such as a pointed-toe loafer and a 2.5-inch heel.

“Fall is very linear and geometric,” said Papay, who has a background in costume design as well as styling experience at Calvin Klein. “We are doing color-blocking as we did in [the first two seasons], but it is more orderly and the colors are more muted. It’s a texture play versus a color play. We’ve stayed true to our initial philosophy, but we are certainly growing as a brand.”

Having a branded boutique will help stretch the founders’ business and creative savvy even further, and it also will serve as a home base for design.

“We were actually in the market to do a pop-up store, but we had a lot of interest and support from the San Francisco community, and we came across a beautiful loftlike space,” noted Palomo, who hails from a shoemaking family in El Salvador and lists her father and grandfather as additional mentors. “We didn’t want to pass up the opportunity to have a permanent store.”

The designers’ ultimate goal is to create a lifestyle collection, including men’s footwear, but right now they are intent on taking the line as far as it can go. “We want to stay focused on dominating the women’s contemporary market,” Papay said. “When you start your own business, you always know it will be a 24/7 job, but the biggest surprise has been living that day-to-day. The momentum since we launched has been outstanding. It is so much work and so much fun at the same time.”

Megan Papay & Cristina Palomo
Ages: Megan, 36; Cristina, 27
Personal style: “I gravitate toward more tailored clothing. I stick to neutrals and I love layering and androgynous styles, but not too over-the-top,” said Palomo. Added Papay, “Bohemian, girly and hippie. I love mixing patterns and I love to push the boundaries with colors and prints.”
Go-to shoe: “I love a little tuxedo-style loafer. I live in little flats,” said Papay.
Favorite designers: “Dries Van Noten, Marni and Preen are my top three,” said Papay. Added Palomo, “I live in Rag & Bone on a day-to-day basis. I also love Alexander Wang and the lines of Helmut Lang. When I want to splurge, I go for Balenciaga and Yves Saint Laurent.”