One to Watch: Ancient Greek Sandals 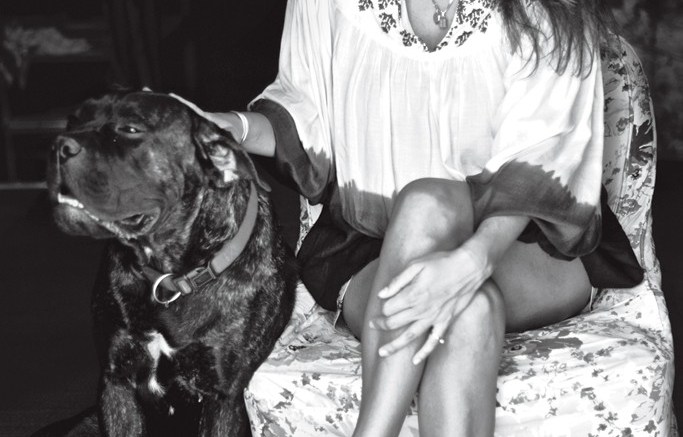 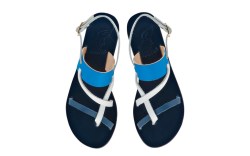 Ancient Greek Sandals is making a name for itself in the modern world.

The label’s co-founder and designer, Christina Martini, has quietly built her emerging label in Athens, Greece, and international recognition is increasing quickly. The 2-year-old brand has already gained a presence in 60 countries and about 200 doors, including Neiman Marcus and Bergdorf Goodman in the U.S., and Le Bon Marché and Colette in France, as well as many smaller boutiques. The sandals also found their way onto the runway in September, when Martini collaborated with Marios Schwab for a capsule collection that debuted at London Fashion Week. And now the label is exploring more new territory with men’s and children’s looks (a collaboration with London-based Caramel Baby & Child) for spring ’13. A plan to bow winter styles and accessories in the near future is also in the works.

“We are just in our second year, and we are quite small, but we have received a very good response,” Martini said. “We are trying to take it slow, but our goal is to have people get to know us better.”

The handcrafted flats and wedges — which retail from $170 to $590 — pay homage to Greek art and mythology with such whimsical embellishments as etched beads and wing-shaped straps. But Martini cited more practical reasons for bowing the brand in 2011. “It was a business idea,” said the designer, who is a graduate of Cordwainers at London College of Fashion. “I was looking for something that was missing in the market. I always liked the look of the sandals at tourist shops on the Greek isles, so I [aimed] to make a more luxurious version.”

Martini, whose background includes design positions at Louis Vuitton and Balenciaga, was already mulling that idea when she met co-founder Nikolas Minoglou through a friend. He hails from a family with an extensive background in footwear, and the duo hit it off, eventually combining their talents to bring the brand to life. “It was amazing to find somebody who could handle more of the [operational aspects such as] production, payments and customer service — a lot that I don’t have a clue about,” Martini said. “We complete each other.”

Minoglou and Martini both grew up in Greece and are intrigued by its culture and history. “The inspiration is quite unlimited,” Martini said. “It’s everything that has to do with ancient Greece — art, jewelry, mythology, churches, the Greek isles and the sea. We will always follow that concept. We try to balance fashion and classic [looks].”

That focused approach differentiates the product at retail, said Tia Powers, footwear buyer for Shopbop.com, which carries several styles of Ancient Greek Sandals. “The brand has a great story,” she said. “The sandals are handmade in Greece with natural colors that are inspired by the Greek landscape and wear beautifully over time. The [women’s looks] are detailed with elements, such as the wing, that speak to the heritage of ancient Greece. There are so many flat sandal styles out there, [but] the craftsmanship and details of these really set them apart.”

Kristen Lee, creative director and head buyer for Los Angeles-based boutique Ten Over Six, picked up the label for spring ’13 and said she was drawn in by the details. “We love the simplicity of the shapes and natural leather,” Lee said.

But as the brand grows, production remains both its biggest advantage and its most formidable challenge. Martini and Minoglou said they are determined to keep the process entirely in Greece despite the higher costs of doing business there, citing a mission to help support the country’s struggling economy. “Making [the shoes] in Italy or even in India or China would be much easier,” Martini said, “but the whole concept is a very Greek idea, and we always knew we should make them in Greece. When you buy a pair, it’s a very special thing.”

Christina Martini
Age: 35
Hometown: Athens, Greece
Industry experience: “Both Balenciaga and Louis Vuitton were amazing schools for me. I was going to Italy all the time for the factories, so I learned a lot of very good technical skills. We were making a lot of crazy shoes, and they are two of the most influential [fashion houses] of our time.”
Biggest personal challenge: “Balancing a career with [my two] kids.”
Celebrity sighting: “Michelle Williams bought [a pair of Ancient Greek Sandals] — we didn’t give them to her — and she wears them quite a lot. It’s great.”
Best job perk: “I was working for so many years for other people, but at the moment, I design what I like. It’s good to do my own thing now.”