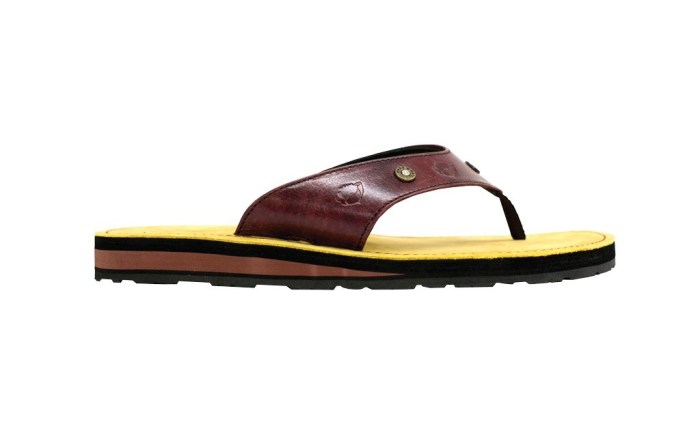 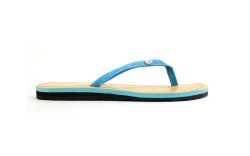 Showing for the first time at FN Platform last week, the Issaquah, Wash.-based startup wants to make a difference in conflict areas with its four-style, $65-to-$75 flip-flop line, which started shipping last week.

Donald Lee and Matthew Griffin, former Army Rangers who served in Afghanistan in the early 2000s, developed an affinity for the area and the people during their service.

“It’s a really cool community, despite how the media might portray it,” Griffin said.

After touring a new factory that makes boots for the Afghan army and police force, Griffin and Lee saw a flip-flop that a factory worker had made by punching through a combat boot bottom. It prompted an idea: They could create a product that would pick up the manufacturing slack after the U.S. withdrawal.

“Small businesses are making a difference in Afghanistan,” Griffin said. “They employ people, and protect and build neighborhoods.”

The flip-flops, made for men and women, are directly inspired by Lee and Griffin’s experiences of the culture. Designs and style names (such as the AK-47 and the Tuk-Tuk) reflect the country and the continued conflict.

The pair partnered with Griffin’s brother-in-law, Andrew Sewery, to source materials in China and contracted a factory in Kabul for the initial production run. But the first try had production issues, and before the second run, the factory had to close after a contract extension to continue making boots fell through. Unwilling to abandon the project, Sewery, Griffin and Lee took the materials and set up shop in Issaquah, where they’ve produced the initial 3,000-pair run.

Available on the brand’s e-commerce site, Combat Flip Flops have been picked up by retailers including Mission Ready Equipment and U.S. Elite Gear. The goal, Sewery said, is to build the brand and service accounts in 2013, with the goal having sufficient volume to manufacture the spring ’14 line in Afghanistan. If successful, Griffin said, the team wants to explore adding factories in other conflict-ridden parts of the world, such as Syria and Libya.

“It’s completely feasible to do it, and people don’t,” Griffin said. “If we can prove that this is doable, we can ultimately help by seeing other people jump on board.”