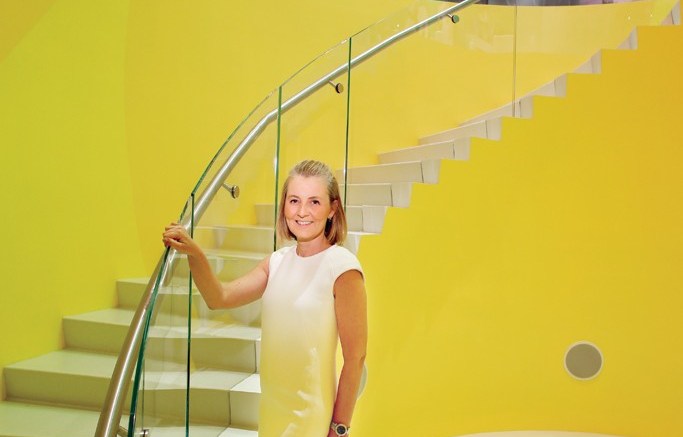 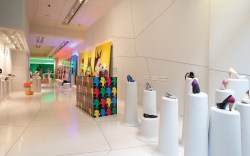 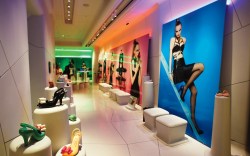 Technically speaking, Michele Levy is the U.S. CEO for Melissa footwear, but the executive has given herself an alternative title.

“I always joke that my job is to be Melissa’s chief evangelist,” she said. “That’s what I do — I’m an evangelist for plastic shoes.”

While Levy has been spreading the gospel of the São Paulo-based footwear label since the U.S. division launched in 2008, she’s now intensifying the push with a mission to increase visibility here. (Grendene, Melissa’s Brazilian parent company, has been selling the brand globally since 1979.)

The label, which retails from $50 to $400 for styles featuring luxury embellishments such as Swarovski crystals, is focused on expanding a recently launched handbag collection, growing its children’s business and ramping up its own store base. Melissa counts just one U.S. location, in New York, but that likely will change in the near future.

“Retail is a big priority for next year,” Levy said, noting that plans are preliminary but the company aims to branch out into additional cities. “One thing that is very important to us is telling the story of the brand. It’s a lot more powerful when you walk into a flagship store and you see the world of Melissa.”

Wholesale also is an integral part of the strategy for the collection, which is stocked in Neiman Marcus, Bloomingdale’s and J.Crew, as well as in a number of independents and e-tailers.

Shopbop.com picked up the label early last year, and footwear buyer Tia Powers said the styles have resonated with a wide demographic. “The styles are forward and fun, the price point is accessible, the materials are durable and they are extremely comfortable,” she added. “Additionally, the brand has an eco-friendly approach that makes it a pioneer in the industry.”

Melissa’s diffusion line, Mel, has a lower price range, from $24 to $60. That has helped the collection gain a solid presence at retailers such as Nordstrom and Victoriassecret.com. Melissa also bowed its first collaboration for Mel, with Forever 21, this spring.

Boston-based Karmaloop.com added Mel to its mix for spring ’13. “[They] marry form and function at a moderate price point — the perfect storm for getting customers to notice and buy the product,” said Karmaloop’s head of women’s footwear, Joe Farese.

While Mel has a robust retail presence across the U.S., the main label is still underpenetrated, Levy admitted. “We have [tourists] from all over the country in the [flagship] store, and we have to bring Melissa to where they are,” she said.

To grab more attention, the brand has engineered a number of high-profile collaborations with designers such as Jason Wu, Vivienne Westwood and, most recently, Karl Lagerfeld. (Lagerfeld himself made an appearance at Galeria Melissa in Manhattan to kick off the venture in March.) Powers noted those partnerships have boosted Melissa’s performance at Shopbop. “Our customer loves Melissa’s designer collaborations,” she noted. “The Jason Wu styles have been particularly successful.”

The firm also aims to differentiate itself by experimenting with new production techniques such as 3-D printing, of which the company was an earlier adopter. “Our strategy is always to innovate,” Levy said. “Our DNA is one of creativity, and that takes form in many ways.”

Here, the CEO discusses the pros and cons of plastic and what’s on the horizon for the company.

Have you been satisfied with Melissa’s growth trajectory in the U.S. so far?
ML: On one hand, 2008 was a really bad time, from an economic perspective, to start a business. On the other hand, it was a blessing in disguise for Melissa, the reason being that [the market] was not about the $1,000 shoe anymore. People were open to different things. Our growth has been incredible and [even more] now since we are becoming more established.

How does the U.S. market differ from Melissa’s home base of Brazil?
ML: This country is just so big with so many pockets of wealth. Being Brazilian, it’s like nothing I’ve ever seen. You’ll be in the middle of nowhere and it’s a rich place. In Brazil, wealth is very concentrated [in a few areas].

Is brand perception different in the U.S. from Brazil?
ML: Yes. In Brazil, I would say the average woman owns 12 pairs of Melissa shoes. It’s a collector’s item, and [the customer has] a personal relationship with the brand. It’s similar to the way [American women] say “my Manolos” or “my Louboutins.” The Brazilian customer is also a lot more casual, and we have a younger demographic there. Here in the U.S., we have 25-year-old clients and 40-year-old clients and 65-year-old clients.

What’s the main allure of working with plastic?
ML: For one, it’s the design. You can really create whatever you want. Second is the sustainability: Our product is animal-friendly and the shoes are 100 percent recyclable.

Would you ever venture into other materials?
ML: Never. Everything is plastic. Our life is plastic. That’s what we do, and that’s all we do.

Melissa shoes have a higher price point than many other “jelly” styles. How do you set yours apart?
ML: We are made in Brazil with 40-plus years of [research and development behind] our latest technologies [and] designs. The challenge is to educate the consumer. We’re creating a whole new category called high-end plastic shoes. It’s a category that [didn’t previously] exist. You were used to either [the typical low-priced jelly shoes] from your childhood or you have the Chanel or Valentino jelly at exorbitant prices. They are fantastic, but they don’t have the level of technology we have.

How does Melissa choose its collaborators?
ML: We always look to work with people who are iconic in what they do, such as Jason Wu. And we haven’t just collaborated with fashion designers. One of our most popular shoes was [the Zig Zag] from the collaboration with [Brazilian furniture designers] the Campana brothers. That shoe is very popular in the U.S. — our No. 1 style —and they have another shoe that is the No. 2 every season. The collaboration with architect Zaha Hadid was fantastic. She’s one of the most important women out there.

What was it like to work with Karl Lagerfeld?
ML: He was very involved in the process, which was very nice to see. He sketched all the shoes, he took the pictures [for a display at the New York store and the label’s magazine, Plastic Dreams]. He is the iconic figure in the fashion world, so of course it makes us very happy to be collaborating with him. But more than a great name, it has been a great partnership.

You launched the diffusion line Mel here in 2010. Are you trying to target a younger customer?
ML: We did think it was going to fall in a younger category. But reading the reviews online, if you go to Zappos.com or Lord & Taylor, they give their age brackets and there’s not one under 25. But it’s a very different customer than Melissa. What we did with Mel was take best-selling silhouettes from Melissa and adapt them to this new consumer. [At retail], we don’t mix distribution. If you have Melissa shoes in your store, you will never see a pair of Mel shoes.

What has the Mel for Forever 21 collection done for the diffusion line?
ML: Forever 21 was a great way for us to reach an even wider audience with the right fashion credibility.

Who will you collaborate with next?
ML: Our eyes are on something a little different now, but we are taking a breather because [the Karl Lagerfeld collaboration] was so big.