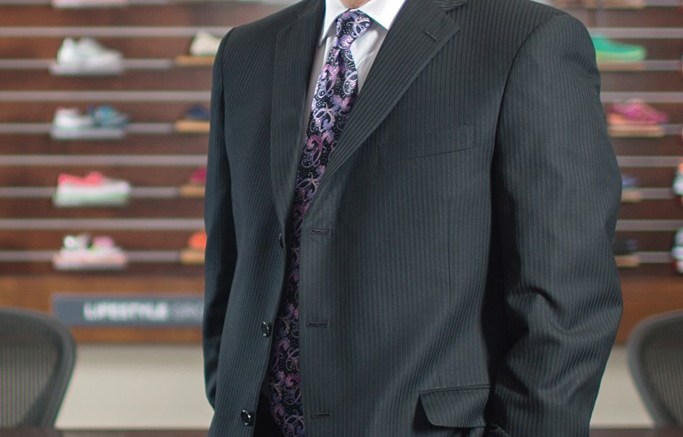 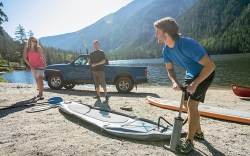 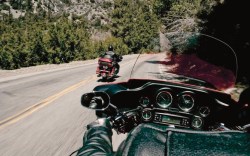 Blake Krueger has been a little hard to pin down lately.

When the chairman, president and CEO of Wolverine World Wide Inc. came to the phone with Footwear News earlier this month, he had been in and out of a series of sales meetings leading up to the announcement of the firm’s second-quarter results.

The profit figures beat the Street, which may be why the executive sounded upbeat — and also why he hardly batted an eyelash when asked how he’s managing a firm that is twice as large as before.

“It’s more of what’s always been fun for me. It’s fun coming into work every day, it’s fun owning brands on a global basis and it’s fun partnering with the best management team in the industry,” he said. “It’s as dynamic as you can imagine, with 16 brands in 200 territories and more than 100 million units of footwear and apparel sold around the world.”

While the portfolio has steadily grown in scope over the Rockford, Mich.-based company’s 130-year history, the thirst for acquisitions dramatically accelerated under its three most recent leaders, starting with the Merrell purchase in 1997 under Geoffrey Bloom (then chairman and CEO) and Tim O’Donovan (then president and COO, and the eventual CEO). But it was the bold decision by Krueger, who joined the firm in 1996, to buy Collective Brands Inc.’s Performance & Lifestyle Group in 2012 that put the company on a new course.

As a result of its buys, Wolverine, once largely a manufacturer of workboots and comfort casuals, has evolved into a major player that now reaches into women’s fashion footwear and even the children’s market.

And Krueger believes Wolverine will soon evolve further, into a company that doesn’t produce merely footwear. It would be a natural extension for the lifestyle brands in the portfolio and would cater to consumers’ wants and needs, he noted.

To that end, Wolverine has stated more brand acquisitions could come, but it’s too early to identify possible targets as the firm is still busy paying down the roughly $1 billion in debt it took on to purchase PLG.

According to Krueger, the integration of the PLG brands into the company has progressed “better than I ever could’ve hoped for. Every project was on schedule and under budget, and we haven’t missed a single shipment.”

In fact, the wheels are already in motion to take the brands overseas, as the company reported to analysts on a recent conference call that it has signed and executed almost 20 distribution agreements in key growth markets. It also anticipates another 15 to 20 programs will come online in the back half of 2013.

What has surprised Krueger, though, has been the level of international interest in Keds.

“We tended to think of it more as a U.S. brand [since] about 90 percent of its current business is done here and in Canada, but a lot of our international partners travel to the States and they can see what’s happening,” the executive said. “They all know about Taylor Swift. They can see how the strategic repositioning for the brand is working.”

Here, Krueger shares his thoughts on the evolution of Wolverine’s portfolio, his 20-year career at the company and how much larger the firm could be 10 years from now.

Are the growth plans for the newest brands in your portfolio on track?

BK: We have the platform for international expansion ready to go. Our international business in the last 25 years has been an annuity that grows every year, even if at varying rates. We know it takes a few seasons to get programs started, so in 2013 we’re spending a lot of time introducing the PLG brands to our international partners, setting up new relationships and executing contracts. We’ll begin to see some impact in top-line growth in 2014 from the international efforts, then it will accelerate from 2015 onward.

Were there any surprises that came with the PLG deal?

BK: With each acquisition you inherit people and a culture. Sometimes it’s not quite so close to ours, but the PLG one was very similar. One of the pleasant surprises is just the depth of talent that has come out of it. The fun surprises for me are the new talent and the fresh viewpoints. Each brand we’ve brought in has done things a little different, whether it’s in the product creation process, marketing approach or entrepreneurial spirit.

What are the white spaces that still exist in Wolverine’s portfolio?

BK: We’re out of the significant acquisition arena for a couple of years as we pay down our debt. That being said, we’re always looking for the right brand. We like labels that have heritage, have withstood the test of time, and we don’t mind having several brands compete in some of the same product categories. We like having a number of arrows in our quiver to deliver success. But over the next several years, if we were to acquire a company, it would be a smaller, bolt-on type of acquisition.

So you don’t worry about brand overlaps?

BK: We love having the two dominant boat shoe brands: Sperry Top-Sider and Sebago. And we encourage them to look at adjacent categories and grow their businesses organically. [But the benefits are not] just technology or product creation — they’re also supply chain and profit. When you look at 100 million pairs of footwear, we have plenty of clout, which helps us in a number of ways in various components in the supply chain. [And the supply chain] has been very challenging in the last four or five years and won’t be getting easier anytime soon. We were important before the acquisition and we’re doubly so now.

Do you have a favorite segment of the business?

BK: We believe that Merrell will be our first billion-dollar brand. But I tell the Sperry team the same thing because it continues to be white-hot in the U.S. with virtually unlimited growth potential internationally. So, really, it’ll be a close race between the two brands. Over the years I’ve learned to love all my children equally, so I’m rooting for both.

What are the largest near-term challenges?

BK: The world’s gotten more dynamic, with a shift in economic power going on. We’re keeping our eye on certain regions over others, but we also know that even in the economically challenged areas, if you’re there with fresh, cutting-edge product, you have the opportunity to take market share. But the macroeconomic environment is something I can’t control or excessively worry about.

Is there an ideal solution to the macro problem?

BK: I would like to see Europe get their act together and do better. I personally believe it has done a pretty good job of treading water over the last three years, but they have some fundamental choices they will have to make as a region. [It’s important because], collectively, they still remain the world’s largest footwear market. Today we have around 13 percent of our pairs in Europe, so we have plenty of growth, but it’s a very large and important market for our industry.

Have any trends in our industry caught your eye?

BK: There’s been tremendous consolidation going on, of both brands and retailers, not just in the U.S. but around the world. Retailers have been acquiring brands, while brands have become retailers in the same period of time. That has implications for everyone.

How would you describe your management style?

BK: Personally, I’m competitive. I love that line from the movie “Moneyball” when the coach says, “I hate losing even more than I love to win.” Our company is full of fierce competitors and we like to grow and perform for our shareholders. People would tell you our company is not a company of big shots. There may be some egos from time to time, but overall we operate as a team. I don’t need a lot of people saying “yes” to me. I need people challenging me and telling me why I’m wrong.

What is the most important lesson you’ve learned at the company?

BK: In today’s business world, it’s important to act with a sense of urgency. It’s very important to act fast, as soon as you’re 60 percent sure. I’d rather do 10 things today — knowing that one may be bad, four will be neutral and maybe five will be successful — than do just two things right a year from now. It’s hard to have the luxury to wait that long because then you’re going to be a follower, not a leader.

Were there any missteps in your path from legal counsel to CEO?

BK: When the new management team got a chance in 1993 to set the company in a new direction, I was asked to participate. Strategizing comes naturally to me, so when our retail group acquired our distributors in Europe, they reported to me for a while. I had the opportunity to try a lot of roles over the years, but one of my biggest mistakes was about 15 years ago when we backed a distributor for Hush Puppies in Russia. The ruble lost 75 percent of its value overnight, and the lesson learned for me was how to choose which countries to dip your toes in.

To what do you contribute Wolverine’s success?

BK: Fundamentally, it’s our people. We may be competitive, but we are nice. People like doing business with us and we tend to stick by our relationships. We’re always trying to put ourselves in the shoes of the other person — be it the factory, a retail customer or an international distributor — so we work out the issue together. That’s a reputation we’ve earned over the years, and it has served us well. And some of my biggest personal successes are the people in the company. I’ve always operated with the simple philosophy of just trying to hire and promote people who are better than I am.

Where do you see Wolverine 10 years from now?

BK: We’ll be at least three times our existing size. We’ll have added a number of new brands, and it could be an apparel company or retail business. It wouldn’t necessarily be a footwear company. We’re fortunate to have a number of lifestyle brands where the consumer is telling us to participate in other categories, so we’ll have to develop new skill sets. We’ll have a significantly larger number of joint ventures or owned markets around the world. And we’ll be a company always focused on talent development.