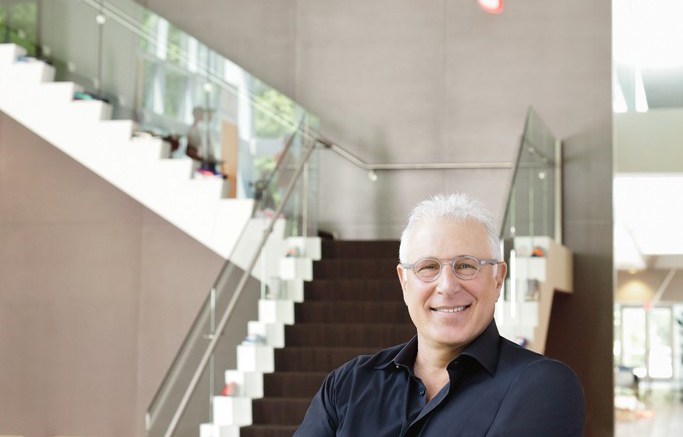 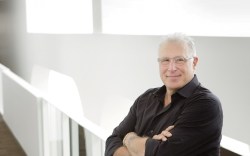 Puma is ready to pounce once again.

Celebrating its 65th anniversary, the Herzogenaurach, Germany-based sports-lifestyle company aims to shake off the slumping sales and missed profit targets that have dogged it over the past several seasons.

For starters, new CEO Björn Gulden will take the reins July 1, ending the 18-month tenure of Franz Koch, successor to longtime head Jochen Zeitz. And in the U.S., Jay Piccola, president and GM of Puma North America, said a more focused organization means there is a renewed energy.

“It’s more instinctive than anything else,” he said. “But if you’ve been in this industry long enough, you get a vibe from the marketplace, from the consumer and from the retailers and from what current sell-throughs are bubbling. You know it’s brewing. Things come in cycles, [and] I feel a real positive cycle arriving.”

Under Piccola, who has led Puma North America since 1997, the financial picture has outpaced the rest of the company: Sales were up slightly in the first quarter ended last month. But the executive told Footwear News that new initiatives to re-establish Puma as a performance brand are beginning to pay off in markets such as running and training, and those efforts should also recharge the firm’s high-end and fashion businesses.

Retailers said that while the brand has work to do, the performance focus is critical.

“Puma has its challenges. But we’ve met with them recently and they are making progress and working to do a lot of things right,” said Ken Hicks, chairman, president and CEO of Foot Locker Inc. “We want Puma to succeed. In some of our markets, Puma was a No. 2 or 3 player. They’re not now. But we think they can get back to being a major player again.”

Piccola noted, “As much change as has been occurring, we try to keep things as calm as possible in North America. And that includes keeping your business increasing and keeping the profits growing. Change can be chaotic, but change also can be good. If we are a credible and desirable performance company, it will assist our lifestyle business. That’s the magic that only Puma has.”

Here, Piccola talks turning 65, the new face at the top and why being bratty is a good thing.

Puma’s new CEO takes office next week. What are you expecting as Gulden begins in the position?
JP: I am legitimately excited about him coming on board. He’s a real down-to-earth person and very knowledgeable. He’s touched every category: apparel, retail. I’m happy about his U.S. experience, but he’s truly global. He understands the European market, he understands the Asian market, and he looks at the entire globe through a retailer’s lens, which is needed. If we have to do something a little bit better, it’s think more like the retailers. He brings that to the party.

Will he shake up the core business?
JP: Puma is a very rich brand. It’s rich in heritage, it’s rich in success. But there are many things that require some tweaking and adjusting, just like it is required in every company, and what is critical is that he understands those needs right away. He’s got to prioritize. I’m not privy to how he’s going to prioritize, but clearly some of the needs in the U.S. have already been discussed, and he’s all over them.

As Puma turns 65, how are you feeling about where the company is both here in the U.S. and globally?
JP: I was here [at Puma] shortly before [we turned] 50, and that was quite a milestone. Knowing what we have come through in 15 years and the successes we have accomplished, [as well as] how we have rejuvenated the brand, is quite rewarding.

The past few years haven’t been some of Puma’s best, with slipping results and turmoil in the top post. What do you make of it?
JP: We have not lost any brand heat. We’re positioned [such that] when we went through our ebbs and flows as a company and as a brand globally, we never lost our luster to the consumer. Maybe we didn’t deliver what they were requesting from Puma at the proper time, but we never lost our luster. I’ve always touted the fact that we were an elastic brand — and that was a strength. You can break the elastic brand, and I think we stretched it a little bit too far in some respects.

Can you be more specific?
JP: At the time that we did it, the outdoor category and the sailing categories were a bit of a reach for us. If everything is humming on all cylinders, exploration into new categories is wonderful. We probably had more focusing to do on our priorities. It was somewhat of a distraction for us. It drained some resources that we could have used in other places.

Where did Puma go wrong in the past few years?
JP: Years ago, I [told FN in an interview] that one of the biggest challenges is growing and staying cool because we were a hot, cool brand. That was a premonition and it has come true. It is challenging to grow and be at the top of the cool chart. But we’re getting our swagger back now, which will definitely support our growth.

“Cool” can mean a lot of things. What does it mean to you?
JP: If you look at the history of Puma, we are at our finest when we’re rebellious and disruptive. When we had athletes endorsing our product who mixed it up — they were colorful, they did dramatic and exciting and rebellious things. You have to course-correct all the time, but we got very big, and I’m not sure we were as disruptive and as rebellious as we should and could be. That’s part of the Puma DNA, but it’s sunk a little bit lower than it should have in terms of priorities, and that’s what we have to get back to. Sometimes we found ourselves outflanked by our competitors on the rebellious side, on the colorful side, on the fun side. We can’t allow that to happen.

Your parent company has made changes of its own recently, among them changing its name to Kering from PPR. How involved are they with the business here in the U.S.?
JP: We have discussions on the level of, “What do you need, Jay?” They want to know what’s going on, but they’re not dictating what’s going on. They have their opinions and many are very valid, but they’re not involved in the day-to-day. They want all their brands to operate without restraints.

And what are you telling them you need?
JP: I need their support, which is what they’re giving. I’m most proud of what we’ve accomplished here [because of] what our people produce with not necessarily the same resources as our competitors. We have to be razor sharp in how we spend our money, and we’ve done a great job in doing that. Have we made mistakes? Of course. We’ve learned from those. But if we go toe-to-toe with our competitors — a little closer to toe-to-toe — with our other resources in the brand and our people, we’ll be a force to be reckoned with.

What does their investment in your brand comprise?
JP: It includes marketing, it includes investment in product and research and development. But within that framework, you still have this disruptiveness, that we need to act like that bratty kid from the block.

Has the performance side slipped?
JP: Probably yes. On the running side we’ve turned a corner. I don’t think this has been reflected in giant sales, but in terms of our research-and-development and with product like Mobium, it has put us on the map and made people stand up and notice.

Is running your lead performance category?
JP: I would say training is equally important. We’ve invested in some NFL football players, such as Aaron Hernandez and Cordarrelle Patterson, [and] we’re excited about those guys. We do our research, and they’ve had a real positive effect with our consumers, and our retailers think it’s a great move. They’re both great football players, they’re fast, they’re strong, they’re fashionable, they’re provocative.
[Editor’s Note: This interview took place before media reports last week of Hernandez’s involvement in a police homicide investigation. Reached at press time, Puma had no comment on his future involvement with the brand.]

Puma was born in the soccer world. How important is the sport here in the U.S.?
JP: Next year, we’re excited for the assets we’re accumulating, and it’s a World Cup year. We’ve always been the brand that the coolest, most exciting player on their club team would wear for soccer, and that’s one area where we need to get our swagger back in terms of product and how we speak. But that goes back to a desirability issue. We want to be a very desirable brand. Although we’re the No. 3 brand [in soccer] — and we have no aspirations of being 1 or 2 — we can do some cool things in the gap between 2 and 3.

On the lifestyle side, you’ve had some high-end market successes, like with the Jeff Staple Puma Suede Pigeon collab and the Puma Disc launch earlier this spring. How can you leverage those for the broader business?
JP: What we’re starting to home in on and master is bringing those concepts and those trends to market much quicker. In the past, we hovered up there in the stratosphere. Some of the projects we’re working on with our higher-end distribution have immediately gone to market in another form. The Disc and the Suede, [for example], have been done in some really interesting ways with the higher-end distribution and immediately translated into the volume channels. Consumers are much smarter than they were five years ago, [and] the Internet has changed the game. If the Disc is smoking at Barneys New York, we have to find a way to make that accessible to the Foot Lockers and the Finish Lines of the world.

Did retailers care about the executive shuffle and the ups and downs in the global business?
JP: [Retailers are] very narrow in their focus: “We need better product, Jay. We need more marketing, Jay.” It wasn’t about what was going on in Germany. They may have had their ideas on why something is the way it is, but primarily they just want sell-throughs and they want margin.

How are you feeling about the broader athletic marketplace today?
JP: In all honesty, I’ve never seen a more competitive marketplace than exists right now, [with] dominating players in different categories and niche players dominating their focus areas. I know there’s a place, a giant place, for Puma, weaving in all through that mix, [and] that clearly is the challenge. We had competitors 16 years ago, but the battlefield has gotten far more competitive, and instead of using pistols, there are nuclear weapons flying around. We’re in for the fight. We’ve won battles with peashooters, but we’re going to need a few more weapons in our arsenal.

With all the planned changes, does it feel like a new Puma?
JP: It is the same Puma. What keeps me excited is the brand itself, and the people who work for the brand. It’s so much fun to work for Puma. And I can only anticipate how exciting it will be to have Björn on board. I hear the excitement in his emails, I really do. I’m excited about this next chapter.